Lobby Hero and Children of a Lesser God.

Imagine … a play about a security guard who works the overnight shift in a lobby, his conversations with his supervisor, and his dealings with a seasoned cop and his rookie partner who stop in. It sounds like it could be a big snooze, but surprisingly Lobby Hero, written by Kenneth Lonergan is not. It’s a really funny and compelling study of human behavior and what drives us, how we make moral decisions and what having power over one another can create. Originally produced off-Broadway in 2001, Lobby Hero, which takes place in Winter, 1999 in Manhattan, translates well to the Broadway stage.

The set designed by David Rockwell is that of a lobby badly in need of updating  with young Jeff (played by Michael Cera) presiding over the main desk. The set rotates and moves, allowing for a different scene and location to take

place right outside the front door . Very clever and efficient. 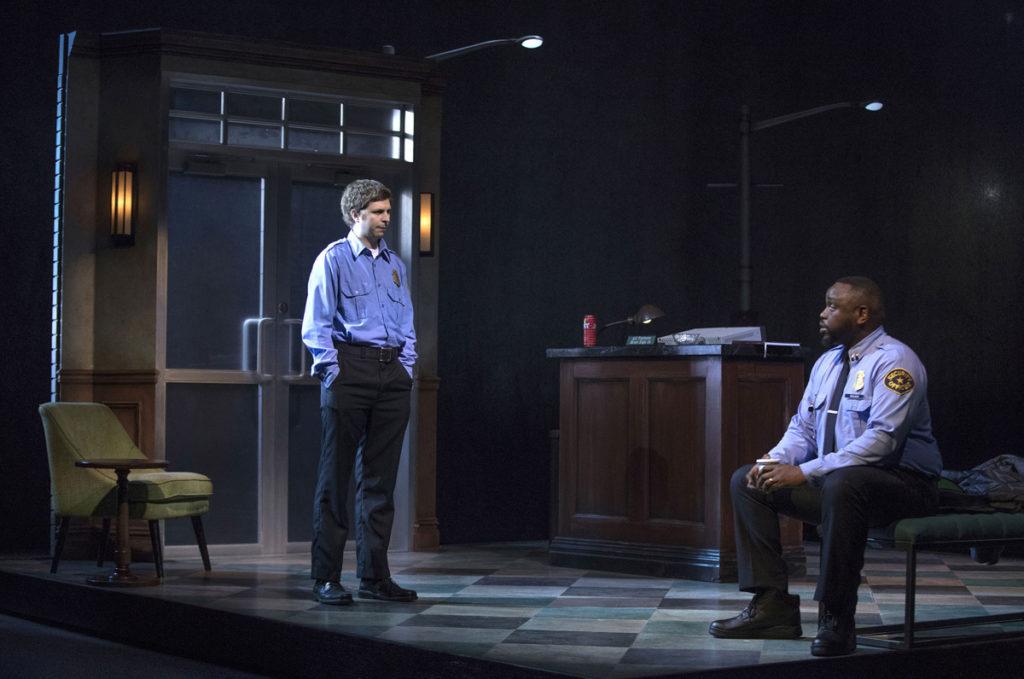 The acting by all members of this small cast is simply superb. Every actor nailed the nuances of his or her character. I was especially impressed with Brian Tyree Henry who plays William, Jeff’s supervisor. William is a man who believes in playing by the rules… until he has a moral dilemma .
Various dilemmas circle around the characters of this play with each outcome affecting others. The dialogue is written in a very natural and believable fashion. Directed by Trip Cullman, the pace of Lobby Hero moves briskly, and all of a sudden a play about a security guard in a lobby and the people who come his way, is a refreshing surprise.  This revival runs through May 13.

Children of a Lesser God

Another revival, Children of a Lesser God, written by Mark Medoff, playing at Studio 54, is unfortunately not as successful . I remember seeing this original production on Broadway and loving it. Sadly, this version appeared to lack energy and somehow seemed dated.

But let me tell you about Lauren Ridloff, the woman who plays  Sarah Norman.  Not only is it her Broadway debut, but the first play she has ever acted in. Lauren is luminous and amazing in her performance.

Children of a Lesser God centers around a hearing teacher who teaches at a school for the deaf, and the deaf woman he falls in love with.

Ultimately, it is  about allowing an individual to be her true self. One who wishes to communicate via sign language only. Sarah Norman  has no interest in reading lips or speaking, yet there is a push by those around her to teach her to do so. 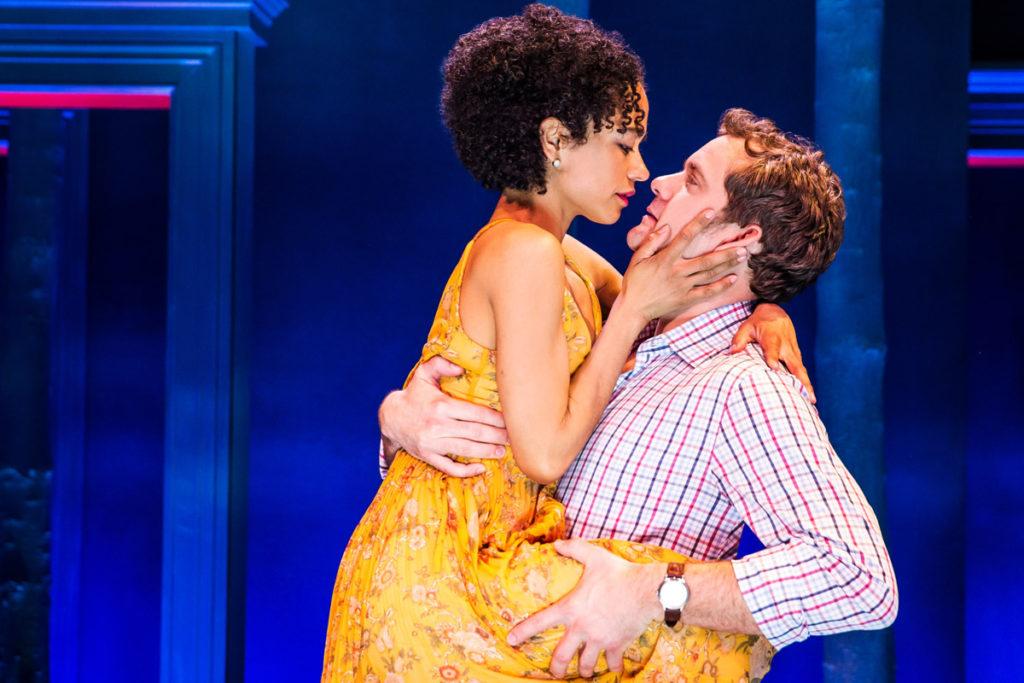 The love story between the teacher, James Leeds, played by Joshua Jackson, and Sarah develops, there is a marriage, and the unraveling of it, and the seminal, dramatic and moving moment when  Sarah Norman utters sound.

Overall, the chemistry between the two actors is minimal.

And the main actor, Joshua Jackson, who has a lot to do in this production (repeating the signed dialogue of Sarah for the hearing audience) is missing a strong stage presence.

There are super titles above the stage for the hearing impaired.

I looked forward with great anticipation to this revival, directed by Kenny Leon, but unfortunately, for me, Children of  a Lesser God missed the mark. Lauren Ridloff, however, is surely one to watch.