Lois Robbins Makes Sense of Her Sexual History in L.O.V.E.R. 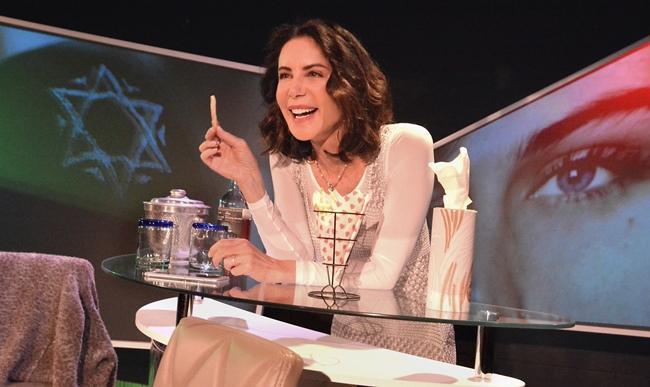 Although the details of your own personal experience will be different, almost everyone can identify with Lois Robbins’ humorous story of her sexual awakening. An early starter, Robbins began at the age of 3 when she realized that rubbing up against the hard edges of furniture would provide a feeling she couldn’t get enough of. When she discovered the vibrating washing machine and dryer, suffice it to say, it changed her life for good.

During the 70 minute solo performance, written by Robbins and directed by Sonia Sebastian, she relates stories from her youth and dating days, including puberty’s unexpected undermining of her sex life, college and the “am I cool enough” issue, boyfriends with their own agendas, and what she calls her starter marriage, one that was ultimately unable to survive a critical moment of truth.

It’s girl talk over tequila, peppered with generous doses of her Jewish mom’s advice. There aren’t any earth-shattering revelations and no one gets seriously dissed in her anecdotes, although one hopes that Charlie One Ball’s name has been changed to protect him from being anatomically outed.

Robbins is a friendly narrator. She’s poised, but the awkward girl she used to be still bursts out in moments of silliness, and that make her all the more relatable. Midway through the play, she shifts gears from talking about sex to what it was like having breast cancer and, later, listening to her friends go on about their affairs. This departure in the narrative could use a smoother transition, or at least a better set-up at the top of the show. Currently, the story is positioned as a grown-up woman’s point of view of her sexual history so this second half ends up feeling like we’ve moved into a different play. It’s fine to go there but it needs a little finessing to fit within the context of what we’ve already seen.

Sebastian’s direction is somewhat repetitious on Pete Hickok’s sleek set. It consists mainly of moving Robbins back and forth between an upscale chrome and glass bar unit on one side of the stage to a comfy Modernist chair on the other. It’s serviceable, but the bigger problem is one of conflicting styles. Robbins alternates between telling stories and acting them out but there doesn’t appear to be any dramaturgical reason for the switch.

An earlier version of L.O.V.E.R with the added tag line (Baring in All!) debuted last summer at the Schoolhouse Theater in Westchester County. It was originally intended to be a book before Robbins decided to turn it into a play, which may explain why, when she stops performing and just talks to us, it feels more natural. For a stage play, you need that “in the moment” connection but it can’t be manufactured. When it happens, it’s magic. Otherwise, we may as well read it for ourselves.

As we journey to adulthood, no one escapes the complicated, puzzling, yet extraordinary opportunity to love and be loved. L.O.V.E.R. is one woman’s attempt to make sense of all the bumps in the road on the way to her happily ever after. That she does it sneakers makes it even better.