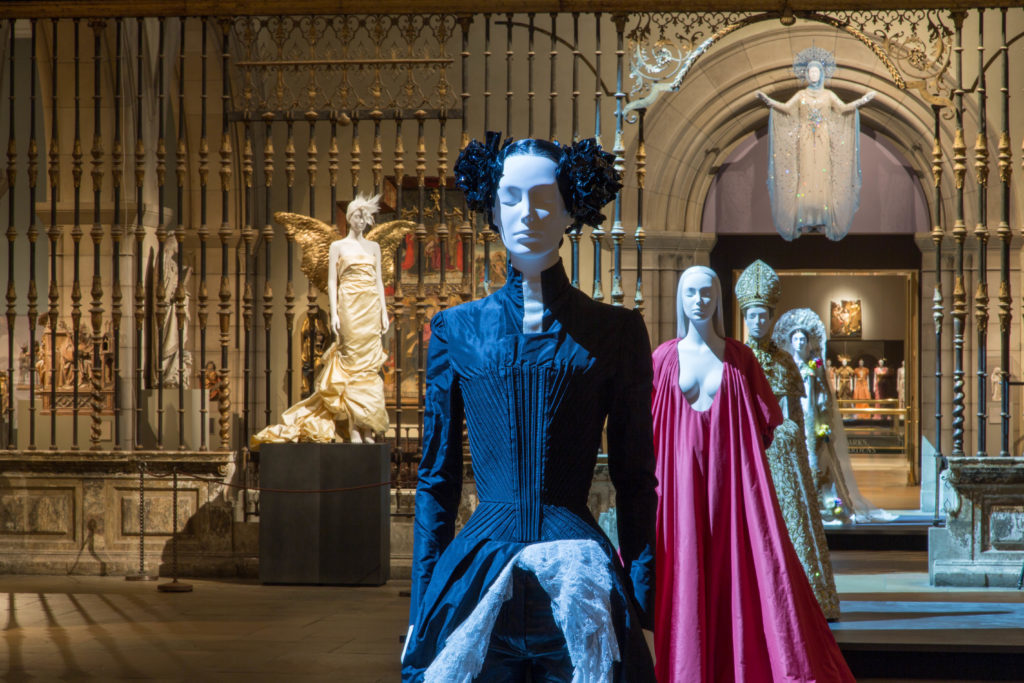 I’m sure you’ve read about the Metropolitan’s costume exhibit, “Heavenly Bodies Fashion and the Catholic Imagination.”

It features the work of designers who for the most part were raised in the Roman Catholic tradition.  While their current relationships to Catholicism vary, most acknowledge its enduring influence on their imaginations.  On the surface, this influence is expressed through explicit Catholic imagery and symbolism as well as references to specific garments worn by the clergy and religious orders.  But it also shows in storytelling and the “Catholic imagination.”

This exhibition explores how the Catholic imagination has shaped the creativity of designers and how it is conveyed through their narrative impulses.  These impulses are reflected in the organization of the exhibit—a series of short stories told through the religious artworks in the Met’s collection and fashions of the 20th and 21st centuries.  The shows configuration is laid out like a pilgrimage going through numerous galleries in the Met Fifth Avenue and ending at the Met Cloisters.  It’s both fascinating and beautiful.  Get the details.