Garry Winogrand, one of the city’s foremost photographers, on view at The Met

For just a few more weeks, The Metropolitan Museum plays host to a photographic time capsule of New York City, courtesy of Garry Winogrand (1928-1984), the Bronx-born photographer and 20th century influencer. The career retrospective, a low-key period drama that fills four galleries, eventually moves beyond the city’s confines to suburbia and the wide-open spaces of California, Texas and the Southwest. But the early photos of Gotham and its citizens (“Down from the Bronx”, 1950-1971) are not only his best-known, but arguably some of his most captivating, with special appeal to native New Yorkers, baby boomers in particular, who can relive, and savor, the postwar years and beyond.

Winogrand stalked the city’s streets in the Mad Men-era of the ‘50s and ‘60s with a long lens—and then a wide-angle lens—to document ordinary moments in the lives of ordinary people. His focus was mostly Manhattan and mostly midtown, with a bow to Coney Island, the ’64 World’s Fair in Queens, and the airports at JFK and LaGuardia. Central Park and Macy’s were his bookends. He takes you inside glamorous enclaves like El Morocco, with its zebra-striped banquettes, and outside “quick-lunch” establishments like Bickford’s.

He loved women, couples, city sidewalks, and people in transit (in cars, planes, trains, or on foot), and while he snapped presidents, athletes and celebrities as a photojournalist, he reveled in capturing quiet acts and gestures by unidentified individuals—anonymous men and women crossing the street, sitting on benches, lighting cigarettes, taking the elevator, or waiting in an airport terminal.

His New York photos are peopled with well-dressed Don Drapers and Bettys (and Megans, Petes, and Peggys)—men in suits and ties, wearing fedoras; women in mini-skirts and stylish dresses, with gloves, hats and solid pocketbooks.

Specific locations (and subjects for that matter) are often not spelled out in photo titles, and dates are often estimates. But they can be deduced by the savvy, if they take the time to read the clues. A fragment of St. Patrick’s Cathedral locates one street scene on 5th Avenue; a distant shot of the Time & Life Building and Radio City Music Hall locates another on Avenue of the Americas. Dubrow’s Cafeteria, the backdrop for a 1960 Nixon rally, signifies the Garment District.

Winogrand was notoriously restless and compulsively interested in shooting pictures, not editing or developing them. But he exposed some 26,000 rolls of film over a 34-year period. His protégé Tod Papageorge dubbed him the “talking lion,” a nod to the force of his personality and, by extension, his voracious appetite for capturing a scene—and then another, and another, and another.

The exhibit, co-organized by the San Francisco Museum of Modern Art and the National Gallery of Art in Washington, is noteworthy for the number of photos that were never seen by the photographer himself, let alone the general public; more than 2,000 rolls of film were left unprocessed after his sudden death at age 56. Dozens of images that were printed posthumously are on display here for the first time.

A sampling of the city photos, including a wonderfully hedonistic snapshot of the 1969 Centennial Ball at The Metropolitan Museum: 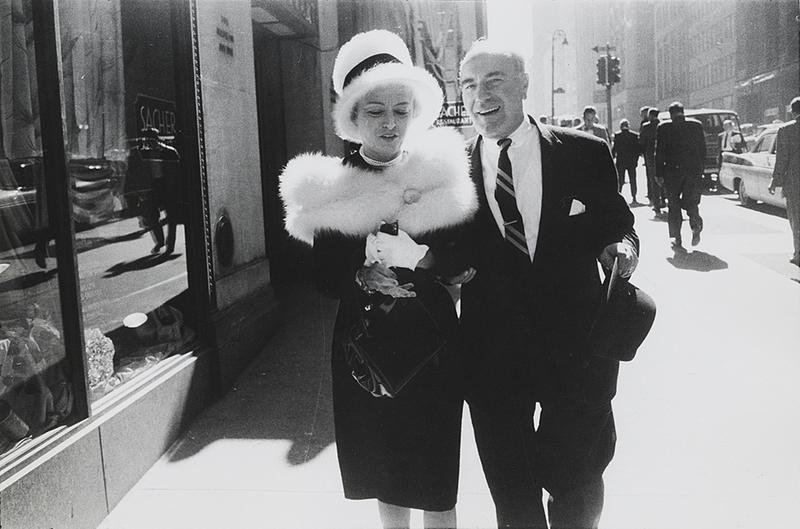 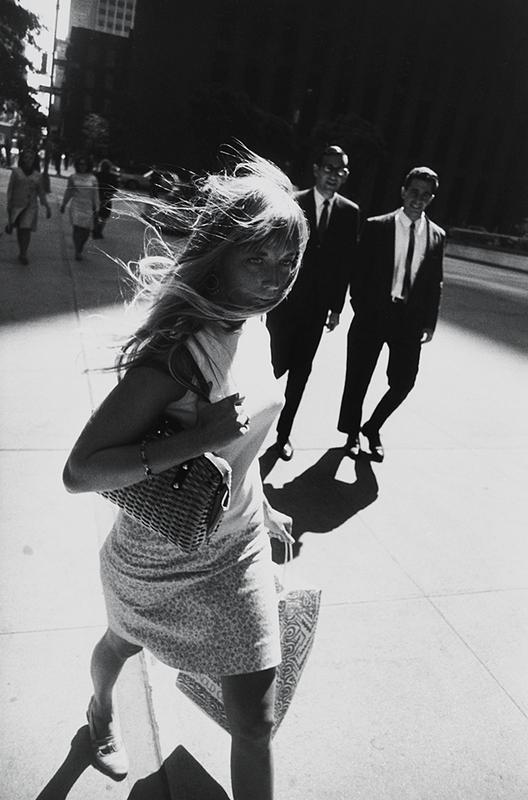 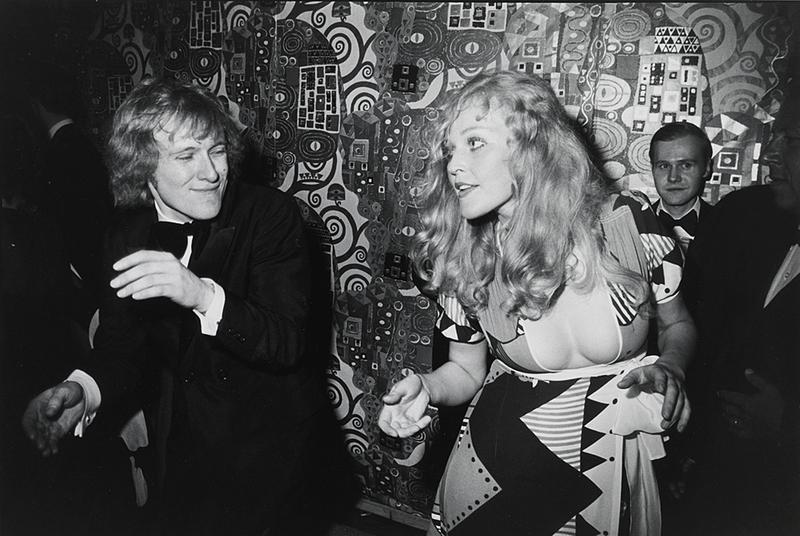 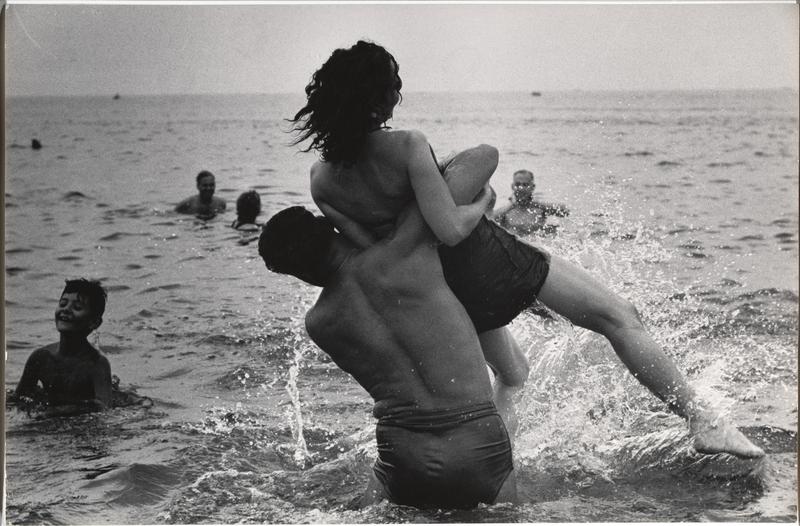 Garry Winogrand at The Metropolitan Museum of Art; 1000 Fifth Avenue, at 82nd Street; now through September 21, 2014.

Val Castronovo
NYC At the Museums

Val Castronovo is a freelance journalist specializing in coverage of art exhibitions. She is a former senior reporter at TIME, where she worked for 21 years. Her reviews have most recently appeared in Our Town/West Side Spirit/Our Town Downtown and the new Chelsea News. She has also written for Senior Women Web and a variety of publications at the United Nations. A native New Yorker and Vassar/Columbia grad, she lives in Manhattan with her husband and daughter Olivia.