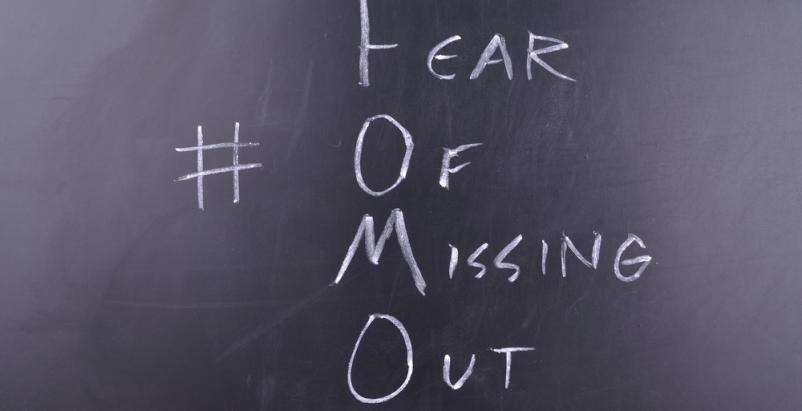 Do You Suffer from “FOMO” – Fear of Missing Out?

Mindfulness, known informally as the “be here now” sentiment, is all the rage. When you consider how reminiscent of self-help the references to mindfulness sounded just a few years ago, you have to stand in awe of how far the concept has come. Once we realized that being mindful is key to productivity, the gateway to happiness and fundamental to healthy relationships all wrapped up in one, it was only a matter of time before it shed its fluffy image. And what may have truly pushed mindfulness into the mainstream are its antidotal properties in the arena of today’s most prevalent societal challenge: The fear of missing out, or “FOMO.”

One of my clients — let’s call her Sheila — admittedly suffered from severe FOMO. As it turns out, she’s not the only one. Sue Pfleger observed that “millennials often find themselves taking on too many tasks and then floundering because they simply cannot manage everything.”

For Sheila, floundering was an understatement, as FOMO often caused her to become run down and even sick. Living in New York City confronted her with so many options that, once she finally chose an activity, she would be tempted to second-guess her decision. Worried that she was going to miss out on a fun night, a big opportunity or finding love, her social condition quickly worsened, even affecting her psychologically. Together, Sheila and I developed a mindfulness strategy to manage her “grass is always greener” mindset, setting her on a path toward eliminating FOMO and reclaiming a balanced lifestyle. You can adopt the resulting four mindfulness principles to remain in the present as you navigate your own life.

You can’t have it all, nor should you want to.

When I struggled with making choices as a teenager, my wise father used to tell me, “You can’t dance at all the weddings.” He also bolstered my ability to make a clear choice by reminding me that I knew myself best, and that I should decide what is best for me. When it came to Sheila, her anxiety reflex was to just say yes to everything, without regard for what’s best for her. Combine this with her perfectionist tendencies, and she became preoccupied with the soundness of her choices. We decided that her first step would be to acknowledge that she knows what’s best for her. Now she commits to weighing her options before choosing the appropriate activity.

Love the one you’re with.

When it came to the issue of second-guessing herself, Sheila and I agreed that once she committed to a choice, she would stop and remind herself, “This is where I want to be. This is where I choose to be.” When her mind begins to itch with apprehension about missing out, she assures herself that she came to her decision using logic and intentionality. This reinforces the truism that by wondering and second-guessing, she’ll be missing out on life as it occurs in the moment — something to legitimately fear!

Remain in the present.

While involved in her chosen activity, if Sheila catches her mind fantasizing about that Broadway show or bachelorette party or road trip she decided against, she can employ a mindful solution: Pause and return wholly to the activity at hand (much like refocusing on your breathing during meditation), and actively identify what’s causing your distraction. We all have the freedom to choose whether to derive something genuine from our experience or to render it a waste of time.

Upon reflection, Sheila can now identify what triggers her second-guessing. She understands how when anxiety and worry spiral into mental loops, it can be challenging to “be here now” and easy to sink deeper into the anxiety abyss. She committed, for instance, to managing her mindset while engaging in social media, understanding intellectually that such an engagement should only represent a sliver of her time. Now, when she reads about others’ outrageous adventures and had-to-be-there experiences, she is reminded that these very people find themselves enduring fruitless obligations from time to time as well. (It’s simply in the cards that Aunt Harriet’s 80th birthday party will coincide with the local Bruce Springsteen concert!)

In Sheila’s progress lies the inspiration for all of us to feel liberated knowing that there is no predetermined “right choice.” Instead, there are multiple excellent choices. As long as we remain mindful and present in our decision-making, everyone walks out a winner.

This article originally apeared on Forbes.com. 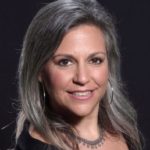