The original Broadway production of Miss Saigon opened at The Broadway Theatre in April of 1991, and the revival has just opened in the same house. It was nostalgic stepping back into that same theatre to see the new production. Hard to believe that 26 years have passed. But if you never saw the original, by all means see this one. 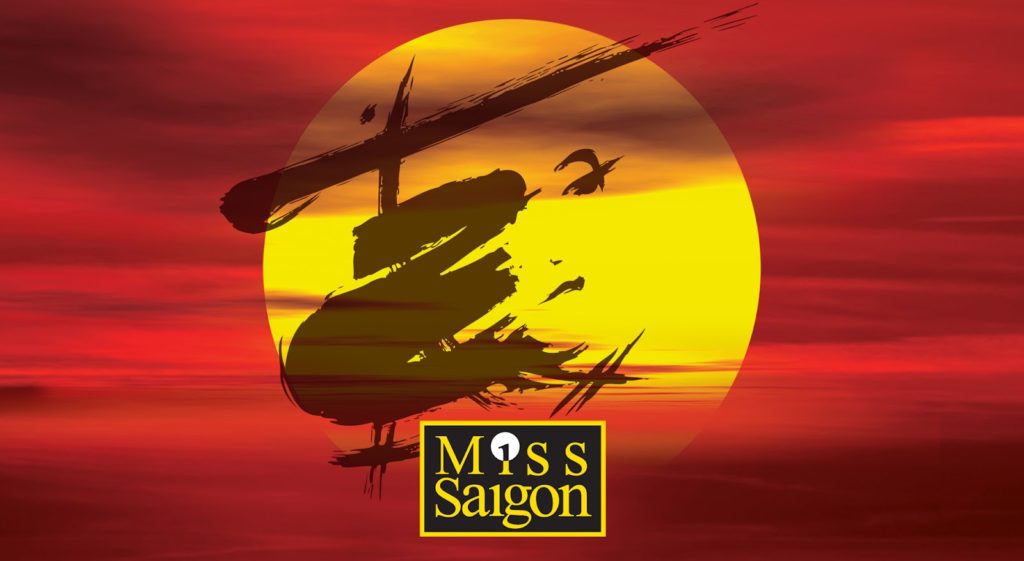 This Miss Saigon, directed by Laurence Connor is simply beautiful.
It grabs the emotion of the story and does not let you go.
Miss Saigon is the tragic tale of Chris, an American GI in Vietnam, and Kim, the young Vietnamese woman he meets in a bar (where she has been forced to work), and falls in love with during the fall of Saigon. Their separation forces him to make a new life back in America, where he finds a wife, yet is still haunted by the woman he left behind. Kim has had Chris’s son, and she is desperate to find him.

Young Eva Noblezada plays the role of Kim so delicately, and performs the songs in a way that makes your heart ache.

Her path to this show is remarkable. Eva was discovered during a performance at the National High School Musical Theatre Awards, known as the Jimmy Awards, and at the tender age of 17, was chosen to star as Kim. She made her professional debut in the West End’s production of Miss Saigon.
Alistair Brammer plays her lover Chris valiantly, Jon Jon Briones captivates the audience as the sleazy, yet somehow charming Engineer, Katie Rose Clarke is lovely as Ellen, the wife of Chris.

One of the most powerful moments in the show is the opening of the second act, during the song, “Bui Doi.” John, a soldier friend of Chris’s who served in Vietnam with him, is back home in Atlanta, appealing to people to remember that the children left behind are not only half-American, but all our children. Real news footage of  babies is projected during this song and it is very moving.

The music by Claude-Michel Schonberg, and lyrics by Richard Maltby Jr and Alain Boublil is haunting and tear producing.
Production design by Totie Driver and Matt Kinley is extraordinary, captivating the look and feel of Saigon in 1975.

And of course, no article about Miss Saigon is complete without mention of the helicopter scene.
This version not only provides the helicopter, but the scene is a full sensory experience, complete with wind, sound and the massiveness of the transport vehicle.

The night I saw the show, following the helicopter flying off and leaving behind the people (and Kim)  who were clamoring to board the chopper, Kim has a quiet number to sing. I heard a lot of noise coming from backstage, almost interfering with her song, and thought that was odd. As she finished the song, the stage manager came on the microphone in the house to say there were mechanical difficulties and the show had to hold.

Something to do with the helicopter, it seems. These kinds of theatre moments are so rare, and people love them because it is real and shows how much goes in to a production of this scale. 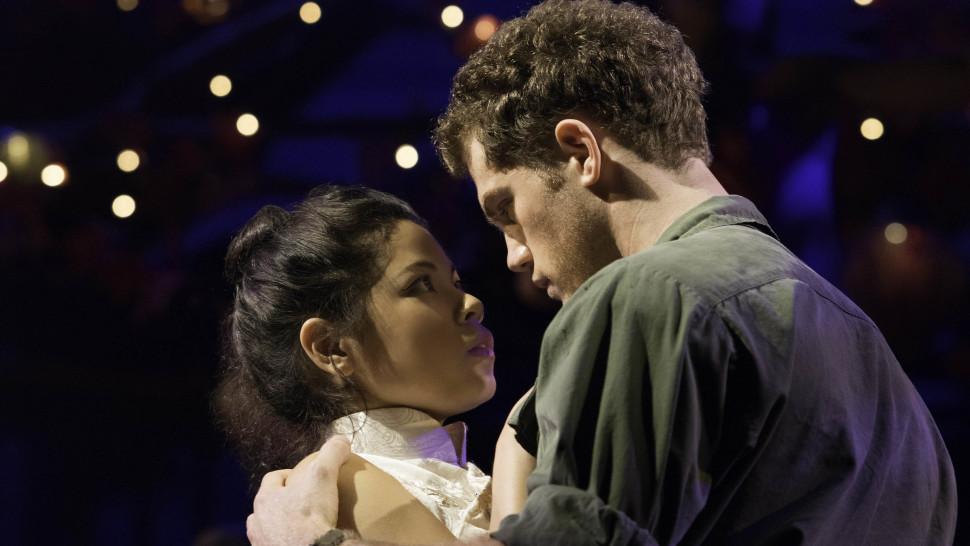 In about five minutes, the show started up again. The orchestra picked up where they left off, the actors walked on stage, and the audience gave rousing applause to the entire cast and crew.

I spent a lot of time watching the show, with tears perpetually running down my face. It’s a heartbreaking story, as the love that these two found in the midst of violence and degradation just could not see the light of day.

The songs of Miss Saigon will stay in your mind for days. But please note, this production has a limited run and is set to close January 13, 2018.