Mosquito-Borne Illnesses: What They Are and How to Prevent Them 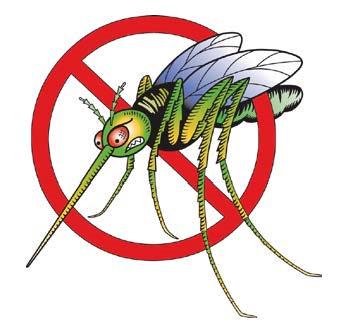 Mosquitoes are one of summer’s biggest annoyances. Their impact can be much worse than itchy bites, because these pests sometimes carry serious illnesses. This summer brings extra concerns because of the mosquito-borne Zika virus.

And the Zika virus disease is just one common mosquito-borne illness in the United States. Here are the basics on Zika, …

The Zika virus disease is primarily spread by infected Aedes aegypti mosquitoes. They are found throughout much of the Americas, including parts of the United States.

These mosquitoes, which also spread the dengue and chikungunya viruses, lay eggs in and near standing water in places like buckets, bowls, flower pots and animal dishes. They like to bite people and are aggressive even during the day. They prefer to live indoors or outdoors near people.

While Zika infections are not common in this country and have occurred only as a result of travel, they may increase with the arrival of hot weather and mosquito season. So far, the Zika virus disease has been reported primarily in Brazil and other areas of South America, as well as some cases in Central America, the Caribbean, Mexico, the Pacific Islands and Cape Verde.

A recent study published in PLOS Currents: Outbreaks indicates that certain areas of the United States may be at high risk for Zika outbreaks, particularly cities in southern Florida and southern Texas. As the weather warms, the risk will increase in other southeastern cities and possibly in some other eastern and western cities.

Zika disease is usually mild, and many people have no symptoms and rarely require hospitalization. When symptoms occur, they include fever, rash, joint pain and conjunctivitis (red eye), according to the Centers for Disease Control and Prevention (CDC).

However, a Zika infection during pregnancy can have serious consequences. It can cause a birth defect called microcephaly and other severe brain defects. If you are pregnant and you or your partner has recently traveled to an area with Zika, talk to your health care provider, even if there are no symptoms of infection. You will likely undergo testing for Zika.

There is evidence the virus can be sexually transmitted, so use condoms or avoid having sex for three weeks after your partner returns from travel to an area with ongoing Zika transmissions.

If you plan to travel, visit the CDC Zika Travel Information site for more information. More on what you need to know about Zika Virus.

EEE is one of the more serious illnesses a person can get from a mosquito bite, but it’s rare in the United States. Most cases occur in the Atlantic and Gulf Coast states. Roughly one-third of people who become infected either suffer significant brain damage or do not survive, according to the CDC.

La Crosse encephalitis occurs most often in the Midwest, mid-Atlantic and southeastern states. Though many people report no problems, symptoms can include fever, headache, nausea, vomiting and fatigue. If not treated, the infection can become serious, sometimes resulting in nervous system dysfunction. Severe cases most often occur in children under age 16. In rare cases, it can cause long-term disability or death, as reported by the CDC.

St. Louis encephalitis occurs mainly in eastern and central U.S. states but has been reported throughout most of the country. Upon infection, many people show no symptoms. Mild cases usually include a headache, fever, nausea, vomiting and tiredness. Severe infections are more common in older adults and can cause inflammation of the brain. In rare cases, infection can cause long-term disability or even death, the CDC reports.

During the late 1990s and early 2000s, an outbreak of the West Nile virus had people reaching for the mosquito repellant in droves. The brief epidemic peaked in 2002 with a total of 284 fatalities reported that year, according to the CDC. From 1999 through 2014, a total of 1,765 fatalities were reported throughout the United States.

As with many mosquito-borne infections, most people infected with West Nile virus have no symptoms. About one in five people will get a fever and symptoms such as headache, body aches, joint pains, vomiting, diarrhea or rash. Fatigue and weakness may linger for months after the illness.

Less than 1 percent of infected people will develop a serious neurologic illness, such as encephalitis or meningitis, the CDC says. Symptoms of serious illness may include headache, high fever, neck stiffness, disorientation, coma, tremors, seizures or paralysis. Older people and those with certain other conditions like cancer, diabetes or a compromised immune system are more likely to get seriously ill. In some cases, severe infections may be fatal.

There are currently no vaccines or antiviral treatments for these mosquito-borne illnesses, so prevention is crucial. It probably seems intuitive that keeping pesky mosquitoes away will help prevent the viruses that these insects carry, and your intuition would be correct.

Here are some ways to avoid mosquito bites:

Use insect repellants when you go out. Repellants that contain the chemicals DEET or picaridin can do a lot to keep mosquitoes at bay. If you’re concerned about exposing your family to these chemicals, keep in mind that the U.S. Environmental Protection Agency has deemed them safe for kids of all ages when used properly. That means you’ll need to read the label and follow instructions carefully; don’t let children handle the repellants. If you prefer an option with fewer chemicals, use products containing oil of lemon eucalyptus, a plant-based repellant that has been shown to be as effective as products with low concentrations of DEET but should not be used for children under age 3. There are also herbal substitutes that contain bug-fighting citronella, but these may not be as long-lasting.

Cover up. Weather permitting, wear long sleeves, pants and socks when in mosquito-dense areas. Double your protection by spraying repellant on your clothing (not under it). Products containing permethrin may be applied to clothing, shoes or camping gear to keep mosquitoes and other insects away. It should not be applied directly to your skin.

Avoid prime time. Although some mosquitoes, like the ones that carry the Zika virus, may bite at any time of day, others are most active at dawn and dusk. Stay inside during those times, if you can.

Stay clear of breeding grounds. Avoid pools of stagnant water because they’re breeding grounds for mosquitoes. If you have containers in your yard that can collect standing water, be sure to empty them after it rains.

Use physical barriers. Close doors and windows if you’re in a mosquito-prone area or make sure screens are in good repair. Sleep under a mosquito net if you’re in an area where infections are common and you can’t protect yourself in other ways.

Backyard protection. Some people use barrier spray treatments, yard foggers or mosquito traps to try to control mosquitoes. Most traps haven’t been proven effective, and some health and safety experts warn against use of barrier sprays and foggers because of potential harm to humans or pets and because they can kill helpful bugs as well as pests. If you want to use a barrier spray, find out what the active ingredient is. You may prefer one containing a natural repellant like garlic juice, rather than a broad-spectrum pesticide. Better still, try more environmentally friendly options like using LED or yellow light bulbs outside, running a fan on the deck or burning citronella oil in tiki torches or candles.

Parents may also ask their health care providers about vaccinations against mosquito-borne conditions, as well as obtain tips on what to do when a serious virus is suspected. When in doubt, seek medical care.

For more information on the health topics mentioned in this article visit the HealthyWomen.org area below.

HealthyWomen (HW) is the nation's leading independent health information source for women. Our core mission is to educate, inform and empower women to make smart health choices for themselves and their families.

For more than 20 years, millions of women have been coming to HW for answers to their most pressing and personal health care questions.

Through our wide array of online and print publications, HW provides health information that is original, objective, reviewed by medical experts and reflective of the advances in evidence-based health research.

www.HealthyWomen.org®, was named one of the "Top 100 Websites for Women" by ForbesWoman. In addition, Dr. Mehmet Oz recommended the site as his choice "for one-stop women's health advice" in O, The Oprah Magazine.