The Three Tomatoes and Ethical NY are pleased to present …

the U.S. Premiere of Mother’s Imprint

A moving story of survival and family secrets that will touch your heart and soul. 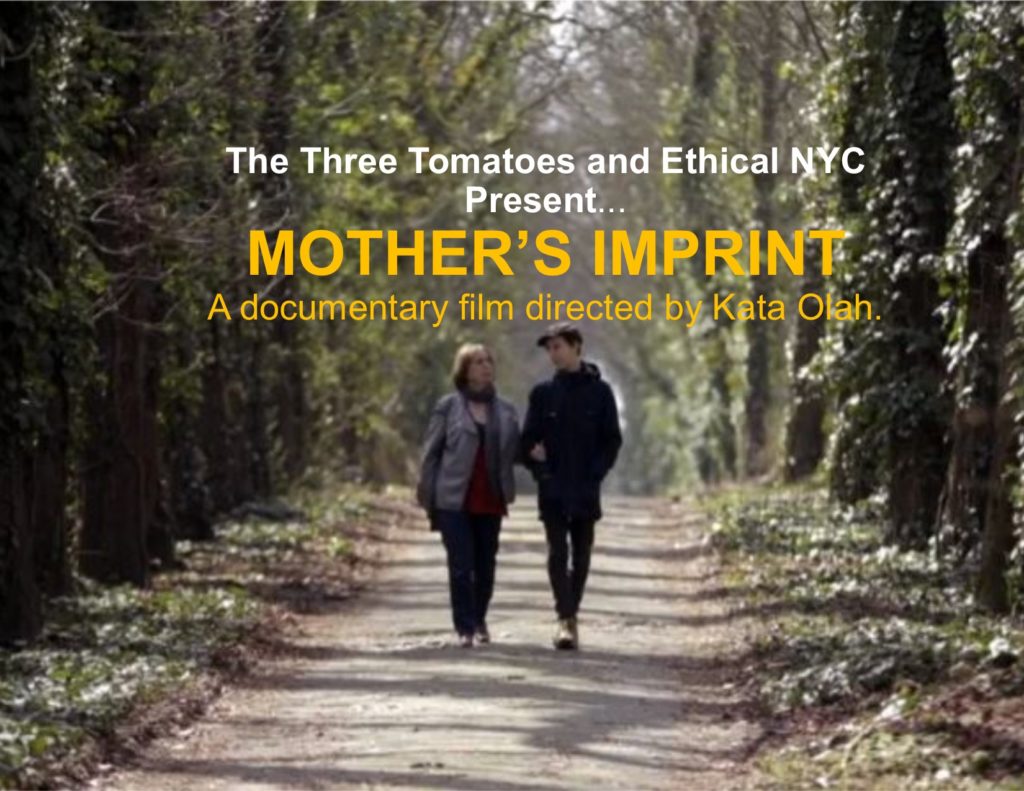 A few years ago we had the priviledge to meet and become dear friends with Zsuzsa Olah and to hear her story of being born a Jew in Budapest in 1940, of losing her identity which saved her life, living under Communism, the revolution of 1956 and the regime change in 1989.  Now her filmmaker daughter, Kata Olah brings her mother’s story to the world.  Join us for a remarkable evening that will include a wine reception, screening, and Q&A with director Kata Olah and her mother. Co-hosted by The Three Tomatoes and Ethical NYC.

Family secrets unfold about the filmmaker’s mother’s life in Budapest, 1944.

A story of an East European woman born in 1940 as one of the millions of protagonists of the Holocaust sentenced to inhuman death in the moment of her birth. How did she survive? How can we look upon all the fatal coincidences, the devotion and faith of her mother, the help of all those good people whose bravery was strong enough against the evil? Through the kaleidoscope of her painful memories timeless pains open up in images revealing events we have never heard and stories we have all heard so many times but are and will always be impossible to understand. She had to carry her lost identity from the age of 4 through the difficult times of the communism. The revolution in 1956, the regime change of 1989 left its mark in her life and soul, deepening her lost identity. The only boy grandson is the first in the family who finds connection to the belief of his great-grandparents. As a messenger of the ancestors he can help his grandmother, our mother to remember.

*The New York Society for Ethical Culture is a humanist community dedicated to ethical relationships, social justice, and environmental stewardship.