Visited the Frick Museum to see Guido Cagnacci’s Italian baroque masterpiece, “Repentant Magdalene.”  It truly is a masterpiece in every sense.  Cagnacci’s paintings, most religious in subject, are known to scholars for their unashamed often unsettling eroticism. 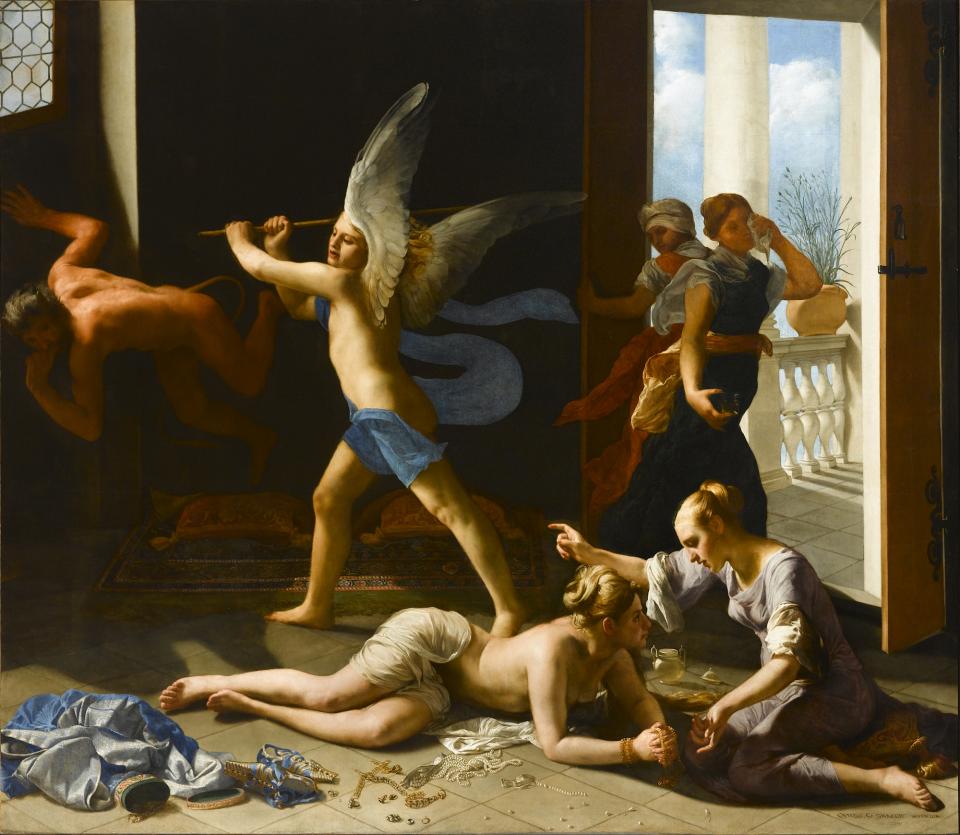 The Repentant Magdalene is set in a large, elegant room.  It depicts an episode in the life of Mary Magdalene, the courtesan who gave up her sinful life and converted to Christianity following her encounter with Christ in the temple.

A center, a repentant Mary is shown on the floor, having discarded her luxurious clothing and jewels.  All this is arranged by Cagnacci into a beautiful still life.  Her sister is seated next to Mary trying to calm her and two servants are leaving after witnessing their mistress’ emotional scene.  Also included are two allegorical figures, a standing angel banishing a levitating devil complete with horns and tail.  Magnificent!  It will be at the Frick until January 22.  Go!  Get the details.

The New York Historical Society on CPW has a really fascinating exhibit on early Jewish participation in the cultural, social and political development of America.  It examines the story of Jewish immigrants starting in the 1600s andhow they left their mark.

There are beautiful landscape paintings by Sephardic Jew Camille Pissarro on loan from the National Gallery of Art.

Establishing vibrant communities in American port cities including Ny, Philadelphia, Newport, Savannah and Charleston, the early Jewish settlers adopted American ideals while remaining a distinctive and socially cohesive group, giving birth to a new Jewish American tradition with the stamp of both cultures.

It is so interesting.  You must see it.