Allegiance is a sweet musical that chronicles a shameful time in American history, when Japanese Americans were removed from their homes and placed in internment camps on the heels of the attack on Pearl Harbor. 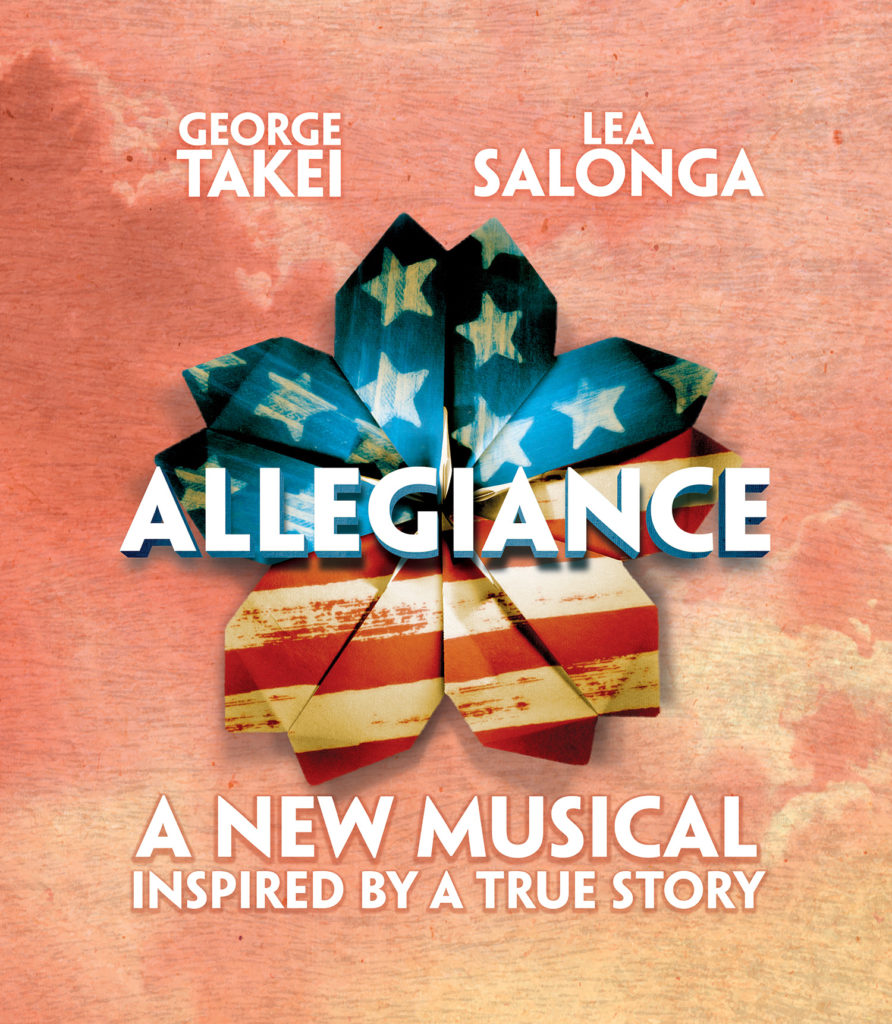 The story centers around a family taken away from their California home and placed in a camp far away.   The loyalty of camp members toward the United States is tested and the conflict between a brother and sister, based on their different ideas on how to navigate their new life’s reality, heats up. Their parting of ways causes a rift in the family.  There are a couple of love stories, a tragic end to one of the young lovers, and the birth of a baby.

Allegiance opens with a knock on the door. Sam (Takei) is dressed in his military garb, and when he opens the door, a woman provides him with the notification that his sister, Kei (Salonga), has passed away. We find out at the end of the show who this individual that felt compelled to notify him in person was. It makes for a lovely ending. Maybe a bit schmaltzy, but heaven knows, we can all use some schmaltz these days. 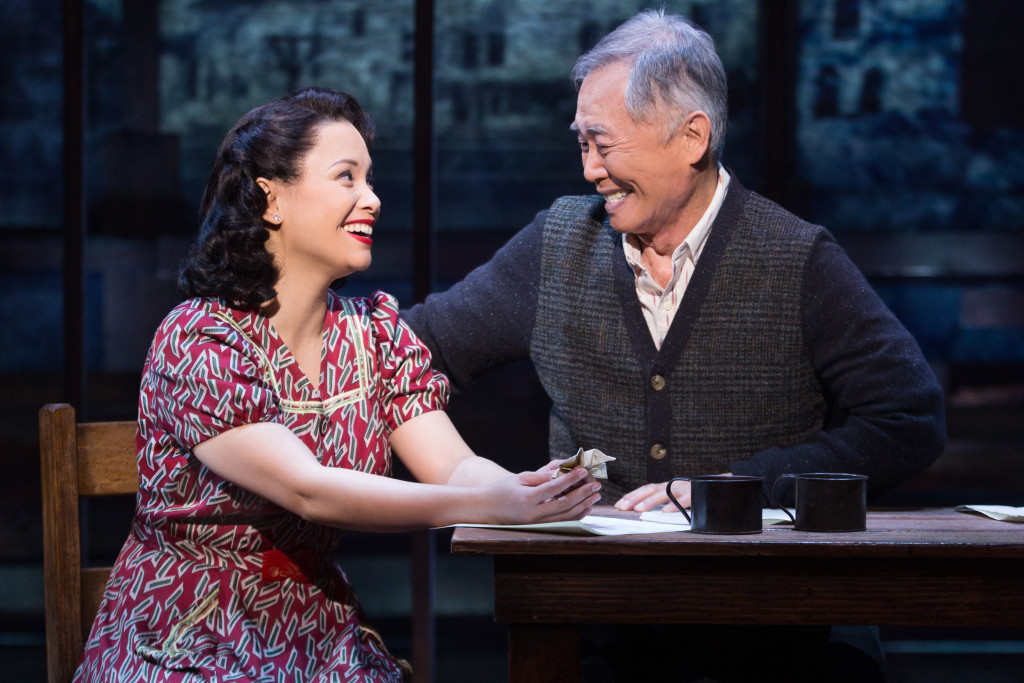 It’s wonderful to see Lea Salonga back on a Broadway stage singing exquisitely. Telly Leung is also a fabulous singer and performer. And George Takei is clearly moved to be making his Broadway debut and relating a piece of history that he and his family actually experienced.

Allegiance is a story that needs to be told. We witness the enduring spirit of people during the most trying of times, and the power of love which incites transformation and redemption.

I truly enjoyed Allegiance, but worry that it is not finding its audience. Go see it.