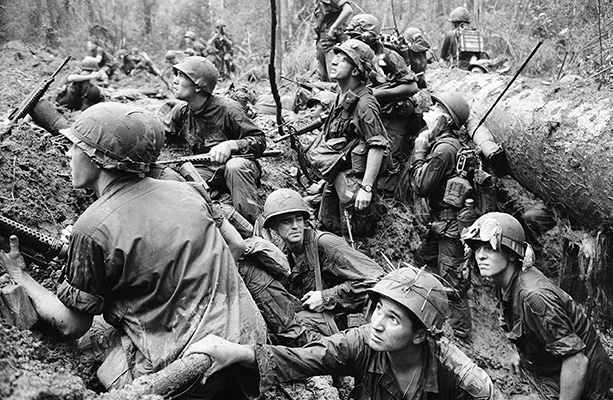 Credit: American infantrymen crowd into a mud-filled bomb crater and look up at tall jungle trees seeking out Viet Cong snipers firing at them during a battle in Phuoc Vinh, north-northeast of Saigon in Vietnam’s War Zone D, June 15, 1967. Henri Huet / Associated Press

One of the major turning points of the 20th century, the Vietnam War will be the subject of an unprecedented exhibition presented by the New York Historical Society from October 4 to April 22, 2018.  Bringing the hotly contested history of this struggle into the realm of public display as never before, the exhibition offers a chronological and thematic narrative of the conflict from 1945 through 1975 as told through more than 300 artifacts, photographs, artworks, documents and interactive digital media. 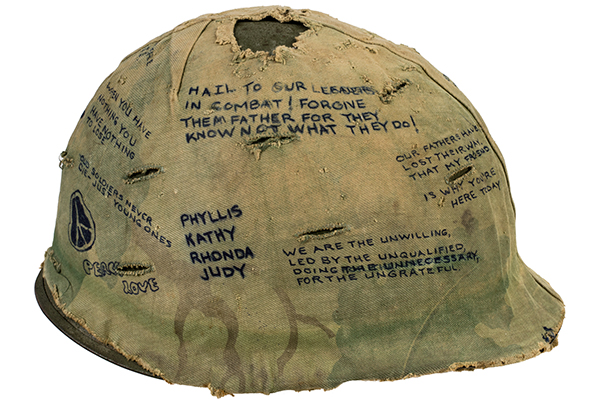 Objects on display will range from a jeep used at Tan Son Nhut Air Base to a copy of the Pentagon Papers; from posters and bumper stickers both opposing and supporting the U.S. war effort to personal items left at the Vietnam Veterans Memorial in Washington, DC; from indelible news photographs (such as Eddie Adams’ Execution) to specially commissioned murals by contemporary artist Matt Huynh.  While no gallery exhibition can provide a comprehensive global perspective on this vast subject, the materials brought together

In the Vietnam War: 1945-1975 will comprise a sweeping and immersive narrative, exploring, from a primarily American viewpoint, how this pivotal struggle was experienced both on the war front and on the home front.

This is a new ambition for the Historical Society to include program histories not only difficult but as yet unresolved.  It challenges received wisdom about the origin and consequences of the War, relying on sources only recently made available to scholars as well as first-person accounts of those who fought.  The War continues to provoke debate and discussion today and dominates and informs much of our thinking about military policy.  The War was the longest armed conflict of the 20th century and today—more than 40 years

After it ended—it continues to influence  public policy and personal convictions.

I don’t think anyone over a certain age can see this exhibition without being  moved and affected by it.  It will bring back many memories,

Mostly unhappy, but this is something you absolutely must see.  It behooves everyone to see it. Get the details.