A Novel, A Memoir, a Weight Loss Book

We have three books to recommend today, written by “Tomatoes” – a Tomato we know, a Tomato we’d like to know, and a Tomato we wished we had known.

A Unique Approach to Weight Loss 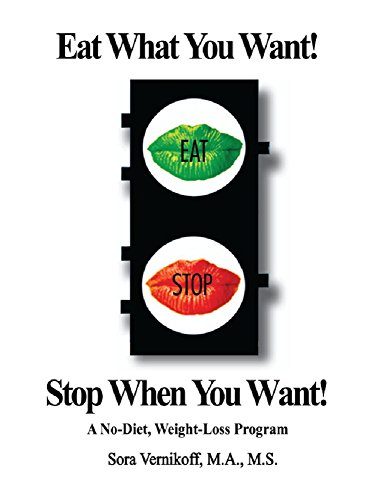 Eat What You Want, Stop When You Want, written by long time 3T subscriber Sora Vernikoff, is a unique approach to weight loss, that doesn’t require dieting. Why? Because diets don’t work. Sora’s program, which she used to lose 25 pounds and has kept them off for over 20 years, lets you eat the foods that you really want and always be able to manage your cravings. Taught in a fun workbook format it teaches you two simple eat and stop yourself techniques which are named The “Green” Technique and The “Red” Technique. While the book is available on Kindle, you’ll find the actual book, which is really a workbook, very helpful.  Get the book.

A Mother, a Daughter, an Inn, a Massive Storm 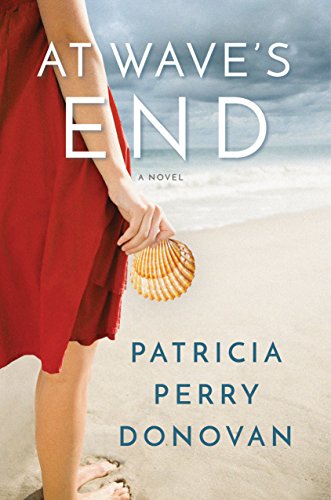 The strained relationship between Faith Sterling and her mother Connie is at the center of At Wave’s Inn.  Faith had a topsy turvey childhood with her gullible single mother, who was always chasing unattainable dreams and often ending up with the wrong men.  Faith had to grow up quickly and be the adult her mother wasn’t. With her mother, finally, secured in a reliable job in New Mexico which she can retire from in 5 years, Faith moves to New York City where she is an up and coming chef.

Then her mother calls to tell her she’s “won” an Inn at the New Jersey Shore. Faith’s antenna goes up and she meets her mother there for what she’s sure is another scam. And then a massive hurricane, reminiscent of Sandy, hits the East Coast.  Faith finds herself torn between helping her boss in NYC save the remnants of his restaurant, or helping the people of Wave’s End with the recovery efforts.

Patricia Perry Donavan has written a beautiful and heartwarming story with wonderful characters that has the ring of truth that women will relate to. Get the book.

Life as a Working Girl in the Jazz Age 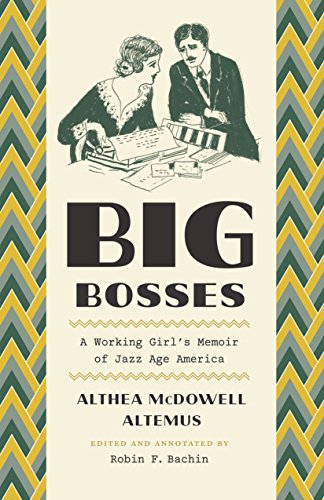 We would loved to have known Althea McDowell Altemus, who penned Big Bosses, a Working Girl’s Memoir of Jazz Age America, in 1932. It tells the story  of her days as a secretary to some of America’s best known industry titans. It took 84 for years for the book to be published, and it is a fascinating read.

She vividly recounts her life as a secretary for prominent (but thinly disguised) employers in Chicago, Miami, and New York during the late teens and 1920s. Alongside her we rub elbows with movie stars, artists, and high-profile businessmen, and experience lavish estate parties that routinely defied the laws of Prohibition.

As a struggling single mother, she often had to lie to her bosses who wouldn’t hire women with children. She reveals the difficulties of being a working woman at the time through glimpses into women’s apartments, their friendships, and the dangers—sexual and otherwise—that she and others faced.

This is a fascinating look at an interesting era from the perspective of working women to whom we all owe a debt today. Get the book.