It’s springtime in New York and everyone is buzzing that NYC is alive again and making its comeback! The Central Park Zoo is a great escape to the wild and our roving photographer, Nicole Freezer Rubens has captured some wonderful images. Live music is returning to many venues including City Winery. Our museums are uncrowded with spectacular exhibits including David Hockney at the Morgan. Two of our talented Tomatoes are involved in two different theater experiences. And Valerie Smaldone has the scoop on a new YouTube series that’s all about the 1960s. Anyone remember that decade? And check out more highlights below.

In addition to several incredible items, there are two fabulous trips available right now at Caribbean resorts owned by Elite resorts. Each trip is for three SUITES, for up to 9 DAYS EACH. You can combine it into a 27 day trip or take three separate trips. And you can apply the certificate to any of their properties! BID NOW

Great news. One of the most fun venues in NYC is City Winery at Pier 57 in Hudson River Park which returns with live entertainment in April. COVID safety precautions and a limit of 100 people.  Check out this lineup highlights:

Get all the details, and tickets here.

A Special Evening with Art Bell, Founder of Comedy Central

Join us for a fun and entertaining event with the inside story from the guy who knows it all. Art Bell discovered talent like Bill Maher, and John Stewart and launched shows including South Park and the Daily Show.

THE EVENT IS FREE BUT YOU MUST SIGN UP.

One of our many talented Tomatoes, Joan Liman, helped produce this show off-Broadway, and now you can watch the show virtually. Signs of Life, a musical drama based on the true story of the Czech ghetto Terezin, tells one of the most fascinating and least known stories of WWII. It was created to house the artistic and academic Jews of Europe who were forced into “beautifying” the ghetto prior to a 1944 visit by the International Red Cross. The show reveals the struggles of the Terezin captives as they wrestle with the question: When survival depends on hiding the truth, how does the truth survive?   You can watch the event LIVE on Facebook of YouTube. It’s FREE. Get the details here.

It’s part of wonderful series of virtual events by Yiddishkayt Initiative, a non-profit whose mission is building community, membership and participation through Jewish Culture.

What a great escape to the wild, right in the center of New York City. Opened in 1934 with the goal to restore endangered species, a wide variety of animals including a grizzly bear, snow leopards, lemurs, birds, sea lions and penguins occupy 6.5 acres of prime Manhattan real estate. There’s nothing like feeding time at the zoo! 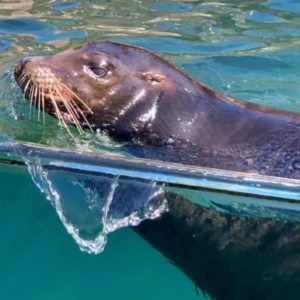 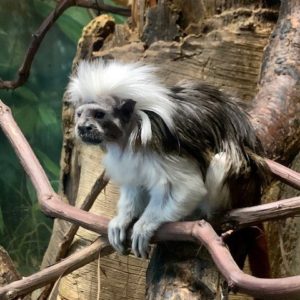 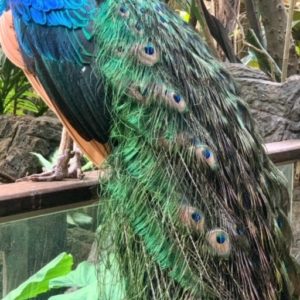 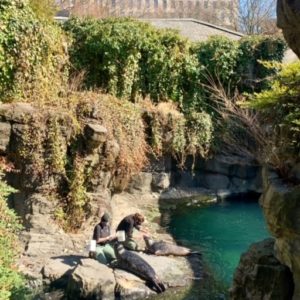 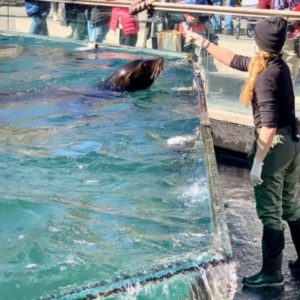 4thU Artivists‘ Spring Benefit is produced by another talented Tomato, Deborah Roth. This collection ofessays, poems and other works of prose curated by poet Annie Finch and 4thU Artivists, is interwoven with dance and musical performances. Choice Words magnifies the voices of people who are reclaiming the sole authorship of their abortion experiences – a powerful collection of essential voices that renews our courage in the face of unprecedented attacks on reproductive choice. All net proceeds support Sakhi for South Asian Women and Legal Momentum. Ticket prices are by donation, from $5 –$500, and even if you can’t make it “live” you can still donate any amount and request the recording.

Now at the Morgan: David Hockney

The Morgan Library & Museum is hosting a show titled David Hockney: Drawing from Life. This London artist is one of the most successful and recognized artists of our time. This is the first exhibition focused on his portraits on paper, and also shows his drawing practice with over 100 drawings and prints.

Can’t tell you how excited we are to have the first audiobook produced by The Three Tomatoes Book Publishing as a finalist in this prestigious award. Thanks to my audiobook producing partner Valerie Smaldone, to Ed Romanoff who brilliantly narrated and to Judy Katz who wrote this extraordinary story with the author. http://thethreetomatoespublishing.com