Dealing with the passage of time…with tick, tick, BOOM! and The Cherry Orchard

Remember when you were at the end of your twenties, facing the big 3-0 angst? Hitting that age appeared to be-oh-so scary, as “real life” and being an adult loomed large. All the concerns facing you, including the concept of settling down and making a living instead of following your dream, seemed to be the central conflict of that age. If you can project back to that time, knowing what you know now, as a certified adult, you can re-live that obsession in
Keen Company’s revival of tick, tick…Boom! currently playing at  The Acorn Theater. It’s a simple little story, with only three actors who sometimes take on other characters. Jonathan, an aspiring composer, who’s life passion is to be successful in his field, is staring down his 30th birthday. His supportive and kind girlfriend wants to get married and live in the suburbs, and his best friend, has moved away from his dream to find financial success
as an executive in an ad agency. Jon prefers to wait tables and work on his great American musical. What to do?
The story is told in a funny and sweet way, the songs are terrific and so are the actors; Nick Blaemire as Jonathan, Ciara Renee as Susan, and George Salazar as Michael. 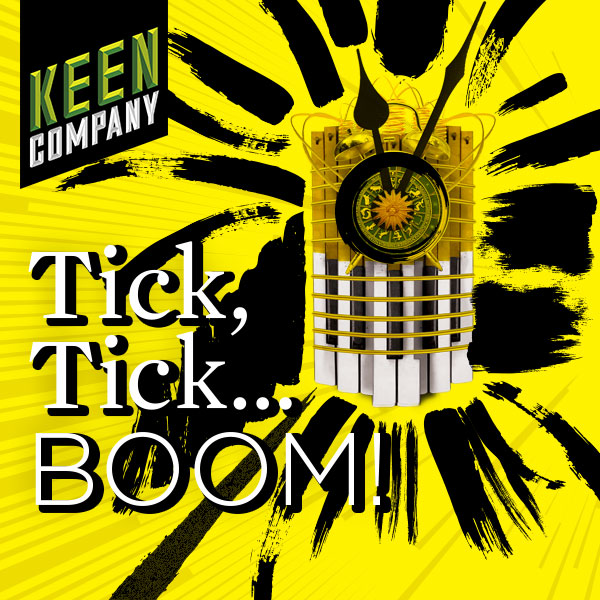 Particularly poignant is that tick, tick…BOOM! was written by the iconic Jonathan Larson, who penned Rent following this piece, and died tragically at a very young age. The plot is autobiographical, as Jonathan based it on his own life.
It’s a cute, short piece to enjoy and to remember what it used to be like to experience that apprehension.
All three performers are accomplished musical theatre performers with great voices.
Directed by Jonathan Silverstein, tick, tick…BOOM!  runs through December 18.

The new version of The Cherry Orchard, presented by Roundabout Theatre Company, just recently opened. With an evocative set and a stellar cast, this masterful Chekhov piece has been given new life in a colloquial interpretation by acclaimed playwright Steven Karam.
Traditionalists may scoff at this version, but I found it refreshing and well done. Diane Lane (who made her Broadway debut as a child in this play back in 1977) plays Lyubov Ranevskaya (Lane) who heads a family, returning to their house and orchard, attempting to thwart a foreclosure. The family has run out of money and can no longer
afford the property, but Lane refuses to believe the house will no longer be theirs.
The Cherry Orchard is all about transitions, shifts and changes, both in this family, within the confines of their property, and the country in which they live. 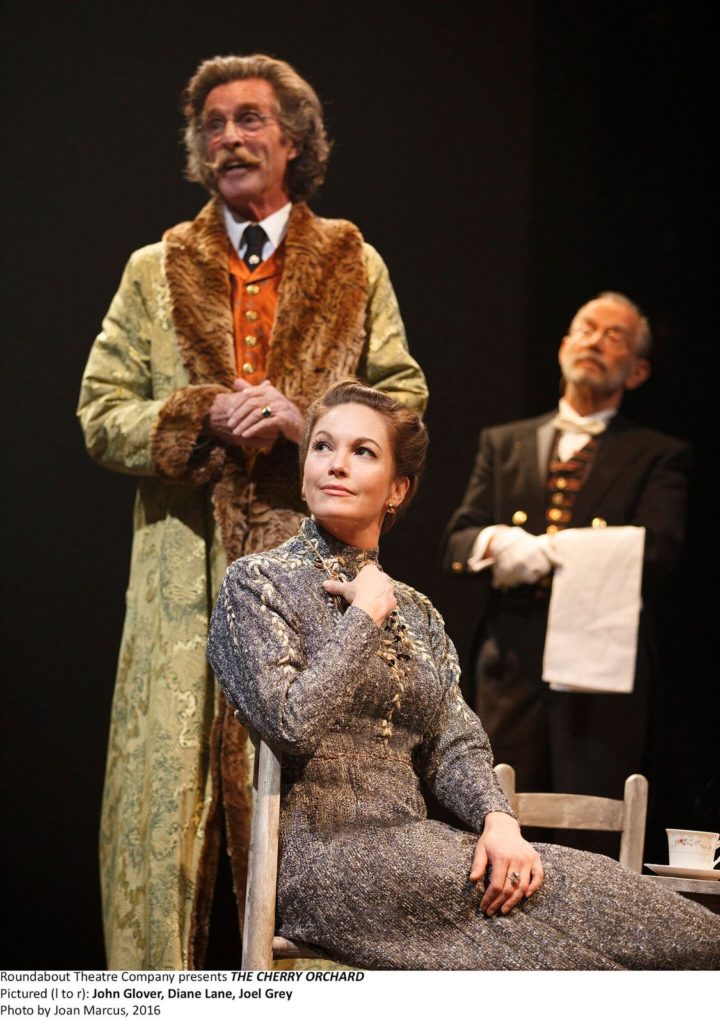