On the 20th Century 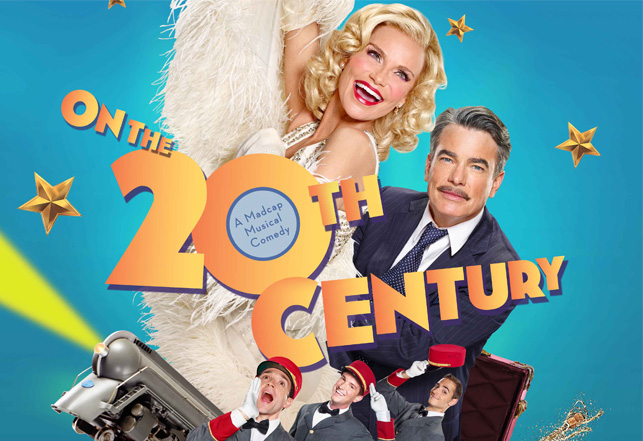 In a word, magnificent. There is nothing more I need to say about On the 20th Century from Roundabout Theatre Company. But I will. I have to glow about the treat that is currently on stage at the American Airlines Theatre.

It is pure joy from start to finish. From the opening number featuring four outstanding tap dancers/singers playing the charismatic porters to the very end of this musical confection, with book and lyrics by Comden and Green and music by Cy Coleman, you will smile, cheer and clap for all aspects of the brilliant production directed by Scott Ellis and choreographed by Warren Carlyle. Costumes by William Ivey Long and set by David Rockwell are exquisite. And then there is the dynamic duo of Peter Gallagher and Kristin Chenoweth in the lead roles, along with the always wonderful Andy Karl, Mark Linn Baker, Michael McGrath and Mary Louise Wilson.

On the 20th Century is a show about the business of show business, and theatre fans just love that kind of story line. Love and hi-jinks (don’t you adore that word?) take place during a luxury train ride from Chicago to New York in 1932.

Failed theatre producer Oscar Jaffee played by the delicious Peter Gallagher is high tailing it out of the windy city to get to New York on the spiffy train. But the theatre is in his blood and he wants to produce one more play with starlet Lily Garland, (who he discovered and with whom he once had a love affair) performed by the hilarious and uber amazing Kristin Chenoweth, who (what do you know?) is also on the train.

Can Oscar convince Lily to sign the contract to star in a new, yet to be written play, and can they re-ignite their smoldering sparks to become a couple once again? 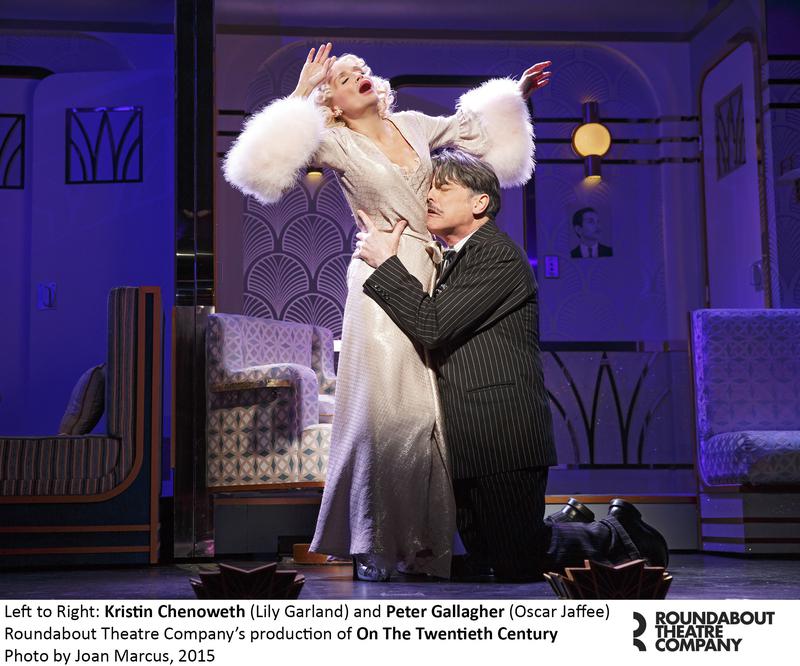 A young Queen Elizabeth II, is woven in and out of the play. She yearns to have a normal life, but is told she must take on the role of a royal at a very young age. Quite lovely are the scenes where young Queen Elizabeth speaks to her older self. The two dogs who run on and off stage receive oohs and aahs (as dogs on stage generally do!)

Stories about the royal family always receive a great deal of attention. The premise of this play is an excellent one.

But I did not see the benefit of writing a 2 hour and 20 minute piece. Although each Prime Minister has his or her own personality and various topics are discussed in the privacy of the chambers, the convention is the same, and the arc of the Queen never really wavers.

At times, The Audience can be tedious, and I was wishing for a sharp, swift 90 minute version of the play. Is that impertinent of me to suggest? Maybe I just needed a bracing cup of tea, which is served often during the various scenes.