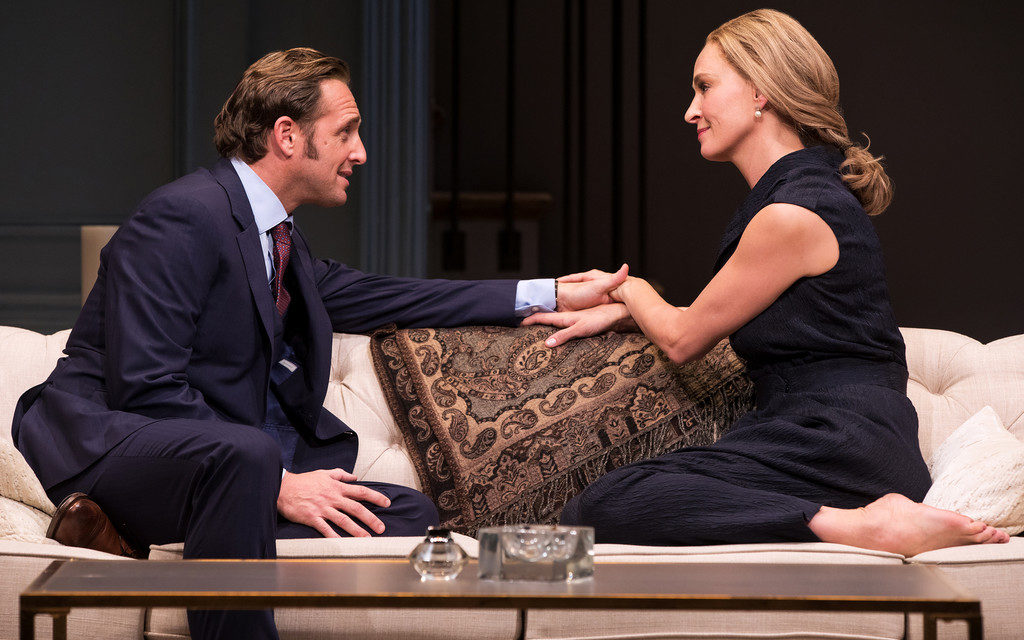 The play opens to reveal a woman who is tall, lanky and devastatingly elegant. She is Uma Thurman, and she prowls the stage like a cat, as she makes her Broadway debut in The Parisian Woman.

Written by Beau Willimon, the creator of “House of Cards” on Netflix, the piece takes place in present day Washington D.C. and is very of the moment, as the dialogue often refers to the current state of affairs in the White House. Balancing a sharp wit with cool blonde style, Chloe, the character Thurman portrays,  surprises us with her many relationships, as she is married to  Tom, an attorney, played by Josh Lucas. Chloe and Tom allow each other latitude in their marriage and she is having an affair with  Peter (Marton Csokas), a friend of the couple who is a rather nervous and neurotic type, and desperately in love with Chloe.

Peter has powerful ties with a direct line to the Oval Office. A judge position is available, and Tom is on the short list.

This comedy-drama about the politics of politics, as well as relationships, highlights the fabric of human ambition and the strange bedfellows that politicians often align with.

With no career and no real aspirations (other than to flirt and text with friends and lovers), Chloe’s main mission is to see that her husband climb the political ladder to snag the judgeship.

She befriends the new chairman of the Federal Reserve, Jeannette, skillfully played by Blair Brown, and spends time with her, hoping to enlist her help. 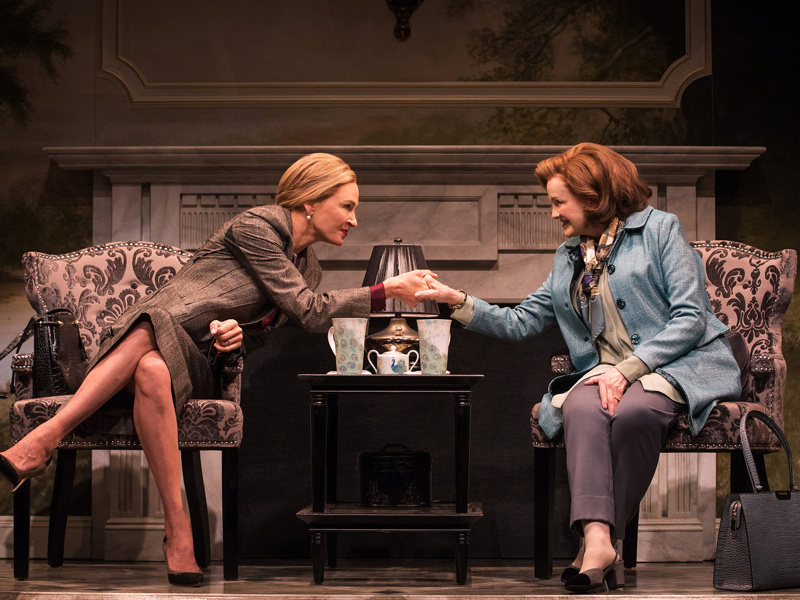 When things don’t quite go in the direction Chloe wanted, the tables turn and we find out about another hidden relationship. I am going to be mysterious about this, not to ruin the turn of events, but suffice it to say, the friendship with Jeanette quickly morphs into a power play. I’ll just leave it at that.

Also featured in The Parisian Woman is the talented Phillipa Soo, who plays Rebecca, Jeanette’s beloved daughter. She is fresh out of law school and chomping at the bit to change the world.

Clocking in at a crisp 90 minutes with no intermission, featuring beautiful sets by Derek McLane, witty dialogue, plot twits and fine direction by Pam MacKinnon, The Parisian Woman makes for an entertaining evening.