Here are two books that are perfect escapes because they will immediately capture your attention and you’ll be transported to their worlds. 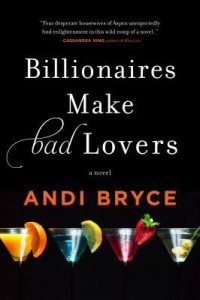 Billionaires Make Bad Lovers, had us at “martini Thursdays” when it’s four wild, but loveable women meet each week in their designer clothes and Manalo Blaniks  to update each other on their various bad encounters with billionaires. But their shallow lives in Aspen take a very different turn when they meet Glacier Jones, an Aspen local, whose spirituality ultimately impacts them all. Even as you’re dismaying over the antics of Andi Bryce’s characters you are also thoroughly entertained by them and find yourself rooting for them.  Ms. Bryce’s warm and witty writing style will win you over before the second page. 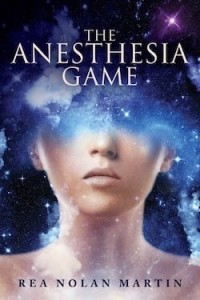 The Anesthesia Game is Rea Nolan Martin’s third novel, and she is indeed a gifted writer.  While at its core it’s the story of family relationships, it’s enveloped in an intriguing mystery and mysticism. The central character is 15 year old Sydney who is dying from a disease her mother and aunt do not want to name.  The sicker she gets, the more her mother, Mitsy falls deeper into depression and more dependent on her mystic advisor Pandora, who has problems of her own.  Her aunt Hannah, who suffers from own addictions and denials, tries to come to Sydney’s rescue. Yet there is a strange and mysterious past that binds them all, and if the past can be unlocked, it can save them all.  It’s a riveting, can’t put it down, novel.