Royal Palaces , Dashing Horseman, and a Fond Farewell to Budapest 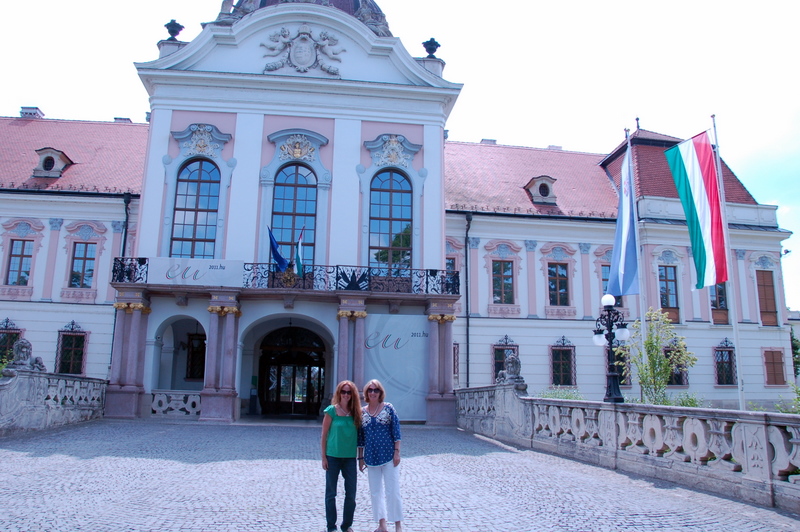 Here we are on our last day at the beautiful Godollo Baroque palace.

We don’t know about you, but we’ve outgrown those “If it’s Tuesday it must be Belgium” kind of vacations, and we now really appreciate the luxury of really soaking in a city like Budapest for a few days. And in our six and half days of touring the city and the outskirts, we absorbed a lot, but also realized how much more there is to see and do, like the Opera and art museums which we didn’t get a chance to fully explore on this visit.  Our last couple of days were jammed back, and included a visit to the summer Royal Place and a beautiful equestrian farm. Not to mention the beautiful horseman who wanted to carry us away on horseback.

Here are a few more photo highlights and impressions of our wonderful trip.

About a half hour drive from Budapest, is Godollo which was the summer residence of Sissi, the beloved queen of the Hungarians, whose formal name was Elizabeth of Bavaria. Formerly the 18th-century central estate of the Grassalkovich counts, the castle is an outstanding example of Central European Baroque architecture and is the second largest baroque castle in the world. The estate was transferred to the ownership of the Hapsburg kings in 1867.

Sadly the interior of the castle and all of its beautiful furnishings and more were destroyed by Russian soldiers who were housed there during the 1950s.  And then during the 1960s the palace was a home for the elderly.  Fortunately today, thanks to grants and private money raised, the palace has been beautifully restored with furnishings similar to their time, and a beautiful new section is now used for important meetings and conferences, like EU gatherings…Hungary is president of the EU until the end of June and there were many EU meetings held there. 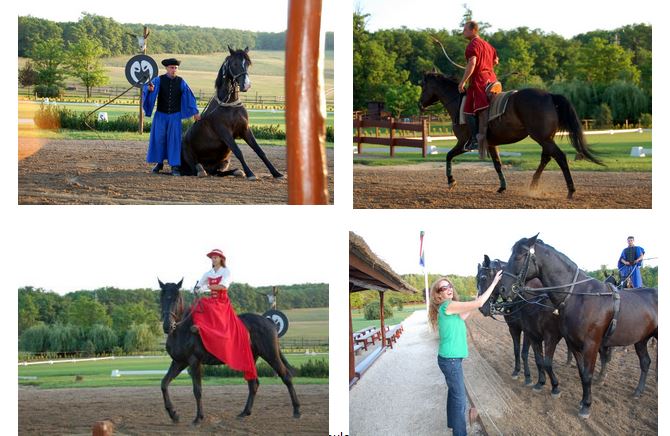 Just a short way from Godollo, is one of the most beautiful horse farms you will find anywhere.  The World championship horse carriage racers, the  Lázár brothers brought their dreams to life by uniting the atmosphere of a Hungarian village and high quality Hungarian hospitality with the excitement of a high quality European horse stable.  We toured the several acres via a horse drawn wagon, and then got to watch the spectacular horse show which bring to life the traditions of the Hungarian horsemanship over the centuries.

The show was followed by a humongous dinner of goulash and every meat under the sun, and we were then serenaded by a gypsy band.

Home of one of our hosts, for a farewell which included toasts with homemade peach schnapps from Transylvania, and tastings of several Hungarian wines…all wonderful, and very reasonably priced. 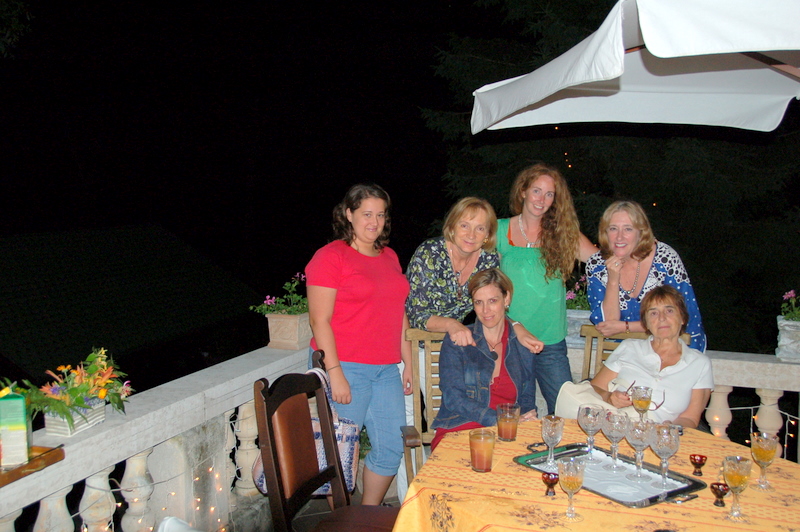