It’s not often that you see a show where the entire audience is roaring with laughter.
(And boy, is that something that we all, as a society, can surely use these days.)

Well, I am happy to report the revival of Roundabout Theatre’s “Noises Off” absolutely fits the bill.
Playwright Michael Frayn crafted an intricate hilarious farce about a play within-a-play and then turns it around a couple of times. First premiered in 1983 and nominated for a Tony for Best Play, The Times called it “the funniest show on Broadway.” The revival is simply hysterical. 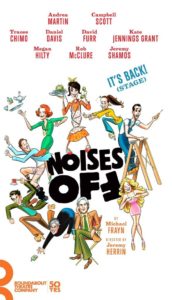 With so many things going on at once, split second comic timing, physical comedy, slapstick and pratfalls, everyone must be on their toes at all times.

I saw the show on a Saturday afternoon, and was exhausted just watching the actors in this fast paced comedy. I wondered how they could gather their strength to do another performance that evening and then one the following afternoon. (Just a reminder of the discipline and commitment, in addition to talent, these actors must possess.)

To summarize the plot, the show begins during the rehearsal of the drawing room farce titled “Nothing On”, with their opening night performance just a few hours away. Actors don’t know their lines, have screwed up entrances, and have no idea what to do with props: this is a classic actor’s worst nightmare. (Ask any bunch of actors and they can tell you they’ve all had that dreadful dream of walking on stage and not remembering anything, so for anyone in the performing arts, the play is even funnier.)
I don’t want to give too much else away, because the comedy unfolds in numerous ways.
The inventive set by Derek McLane is fabulous, as are costumes by Michael Krass. 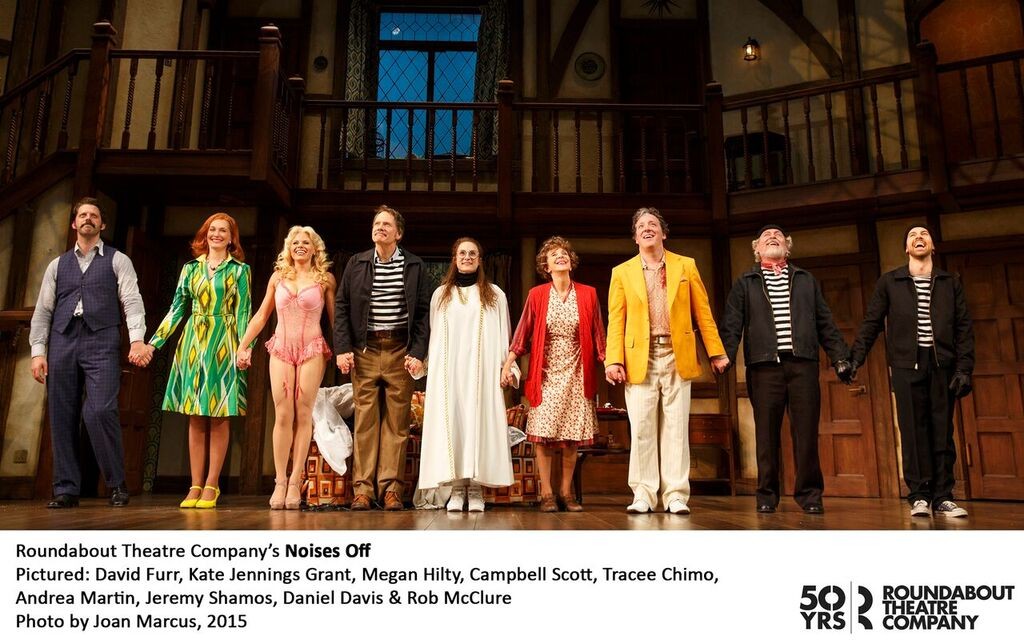 With affected British accents by actors who clearly enjoy the joke, performing a tableau of riotous circumstances, seeing “Noises Off” is just a delicious way to spend a few hours.

“Noises Off” plays for a limited run through March 6, so do run for tickets. This production is part of the Roundabout Theatre Company’s 50th anniversary season.