Queen Bees: Are Women Our Own Worst Enemy? 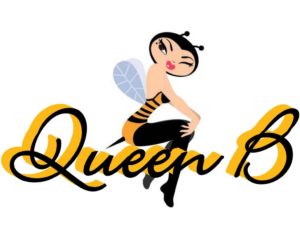 Just as we are about to celebrate International Women’s Day and women’s achievements and advancements, two things came across my desk this week that brought to mind the quote “we’ve seen the enemy and they are us” . The first was a survey that 1,000 professional women took  at Citi’s Connect: Professional Women’s Network on LinkedIn asking if they prefer to work for a male or female boss.  The result? They’d preferred a male boss, 4 to 1. And then we read a very thought provoking essay by Peggy Drexler in the Wall Street Journal called “The Tyranny of the Queen Bee”, which presents a very compelling case that women in power are not helping other women.  She cites a 2007 survey that found 45% of workers have been bullied in the office, and 40% of the bullies were women.  And another study reported that female bullies direct their hostilities towards other women 80% of the time.  But wait there’s more.  A 2011 survey by the American Management Association found that 95% of women believe they were undermined by another woman at some point in their careers.  Not a pretty picture here, which got me to thinking about my own career and how I measure up too.

The term “Queen Bee” was coined in the 1970s and early on in my career I encountered one.  I was working for a technology company that was dominated by men with the exception of one woman who was one of the firm’s top sales people and a district manager.  Her name was Alexandra and she was a beautiful, tall, imposing redhead and I was in awe of her. She took absolutely no notice of me whatsoever, until I was named a “manager” in the marketing group, one of a small handful of younger women who were being promoted in the company.  Well I finally got her attention, but not in a good way.  She went out of her way at any group meeting she and I were in to discredit me in some way.  I felt intimidated  and terrified.  But one day anger took over.  I had enough, and I walked into her office, past her secretary, and pounded my fist on her desk, and told her if she had a problem with me she could discuss it to my face and not try to humiliate me in front of a group! She was stunned.  No one, not even the guys, had ever dared challenge her. Well we never became friends, and she never helped me, but that was the end of the bullying.

As I proceeded upwards in my career in advertising and marketing, there many other women climbing up the ladder in their respective careers in other firms.  But there were very few who had reached the top, so really all my mentors were men.  But I did notice early on that men knew how to network.  They had their circles from college, and former jobs, and they stayed connected to their circles. They didn’t hesitate to reach out for advice, help, and referrals.  This was not something that women were doing, or even really thinking about doing to help each other. And even as many of us made our way into positions of power –  I’m being honest here – we still weren’t helping each other out.

In recent years though, I have felt that has started to change. Through The Three Tomatoes and my involvement with a few women’s organizations, I have experienced for the first time, the power of women collaborating, sharing, and working towards accomplishing something together.  And it’s been a wonderful and powerful thing. So where’s the disconnect? Is working on a common goal together outside of the office, different than working in a competitive environment and feeling threatened that a younger, smarter version of us might just usurp us?  I hope not.  I’m reminded of Madeline Albright’s quote, “There’s a special place in hell for women who don’t help other women.”