Rate Your Mate Part 2: Skeletons in the Closet 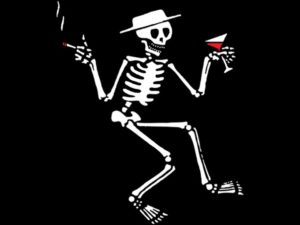 Many people have asked me over the years how I developed my Rate Your Mate BEFORE It’s Too Late: Never Make a Mistake in Love Again 10-step, fail safe, unromantic sounding formula, based on my book, For Better, for Worse, Forever: Discover the Path to Lasting Love. My formula has already been successfully used by thousands of men and women throughout the world. Well here’s the story.

On a Friday evening after a very busy day of seeing patients, I was sitting in my office in Providence, Rhode Island two blocks from Brown University and had one of those A-HA life moments that are often too far and few between. Reflecting on the busy day and my years of practice, it became clear that for the most part my clientele tended to be extremely successful, attractive, wealthy, highly educated men and women. What could be possibly missing in their lives? It was there right before my eyes — they all were in individual therapy with me primarily because they simply had not been able to find and sustain healthy love relationships. They were savvy enough to realize this and motivated enough to want to find out why. More importantly, they wanted to find out what they could do about it, since they felt that love was the one elusive experience and joy that was missing from their lives.

The embryonic idea for the “formula” became clearer and clearer to me and cried out for a structure and form. The “steps” for success began to unfold from my experiences and successes with my clients. Step number 1 became obvious. Unless each of us is in a good place emotionally and psychologically, it is not possible to maintain a healthy relationship with anyone.

From my clinical experience in the inner cities of Montreal and Toronto to the mansions of Sarasota and East Hampton what was clear is that the majority of my clientele, rich or poor, religious or not, college educated or not, gay or straight, black, white, or brown, simply did not know the key ingredients that must be present if a relationship is to succeed. So educating people about healthy relationships is Step 2. However, knowing the theory is very different than knowing how to do an in-depth assessment, especially when we are feeling lonely, vulnerable or are dealing with raging hormones. That’s Step 3. And speaking of sex, one can have a magnificent sexual relationship with someone and have absolutely little or anything else in common.

What became very clear to me was that I needed to devise an assessment tool, not unlike the one I use myself for diagnosing patients. People would then be able to have a step by step guide that they could use to help them assess their partner. My goal was to educate, empower and keep people safe!

Last week I discussed the importance of delving into ones family background, (yours and his), since the acorn doesn’t fall far from the tree. But even if you or your partner were unlucky to grow up in a dysfunctional family, that doesn’t mean history has to repeat itself. So that history doesn’t become destiny, people need to be willing to examine their family of origin dynamics and acknowledge, address and resolve (as best as we can) the family history that influences and shapes us as we lead our lives. We are then able to be conscious of the dynamics in our present relationships and decide if they are healthy or not. If you are able to figure this out on your own, kudos to you. If you are not, you don’t need to do this on your own. Give yourself permission to seek out professional help so that you will be able to live in the moment instead of having one foot in the past and one foot in the present.

This article will address areas of discovery that I call ‘skeletons in the closet’ including: substance abuse, untreated psychiatric problems and sexually transmitted diseases.

Skeletons in the Closet

It is the wise person who dares to take a peek into the closet where skeletons may lie. Skeletons are often portrayed in many cultures as scary representations of a past life but we can see them also as examples of who we might be today and who we might become tomorrow. We do need to find out whether our partner has a sexually transmitted disease (most people lie about this), has a substance abuse problem or an untreated psychiatric issue. We need to rule all of this out in order to protect ourselves. While the signs may be there, they are often invisible to the untrained eye. When we care for someone, it’s easier to look the other way than to see what’s really happening. Are you aware that there is an STD epidemic among older adults? I recommend seeing (not hearing about) the lab report that definitely shows that your partner does or does not have a sexually transmitted disease. Is it awkward to raise the issue? Of course it is. However, your health must be a priority and if your partner cares about you anyway, he/she would not want to risk your contracting a disease. So like the Nike commercial tells us……….Just do it!.

Barbara and Jack met at the Waldorf a few months ago and have been dating each other exclusively for over three months. He was a stockbroker and she was a financial analyst. They shared a common interest in religion, travel and movies and were very sexually attracted to each other. Barbara didn’t drink every day, but on holidays she pulled out all the stops. She would down two martinis before the main meal, two vodka tonics during dinner and sip liqueurs into the wee hours. Barbara’s binges worried Jack but when he asked her about her drinking she became very defensive. Her argument “I only do this a few times a year, so live with it.” Amber, if not red flags should start waving before your eyes with that sort of a response.

Jack accepted this rationalization but over time Barbara’s drinking progressed from ‘a few holidays’ to several weekends. It seemed to Jack that Barbara’s only real interest was finding opportunities to drink. Barbara would apologize the next day and express her hope that she had not done or said anything to offend him. The fact that she often had little or no memory of her behavior greatly concerned Jack. Jack was crazy about Barbara and when she was not drinking, she was an absolute delight. In fact, she recently received a big promotion at work. After much soul-searching Jack was finally able to break off the relationship. This was not an easy decision for him because there were many pluses in their relationship. Initially, Jack believed that because she didn’t drink every day he shouldn’t consider her an alcoholic. However, he was smart enough to realize that she was an alcoholic in denial and that he needed to exit the relationship.

Highs and Lows: What You Know Keeps You on Your Toes

Substance abuse is a major problem, Yet you may not have any experience with it personally, Beware. Don’t put on your blinders to the possibility that the charming partner you’re dating may be using drugs, including prescription or over the counter medication or illegal drugs. The variety of drugs available is dizzying to the imagination. Drug users are found in both sexes, all ages, stages of life and occupations. There are no convenient socioeconomic or ethnic stereotypes to alert you. It’s helpful to be able to recognize some of the behavioral signs of someone who is using drugs. But exercise caution since signs are not proof. Some of the signs may indicate health problems and don’t necessarily indicate substance abuse. However, if you see behaviors that make you feel uncomfortable, angry, fearful or curious, you need to speak up. If you notice that your partner’s mood swings are such that you never know who will be walking through the door, you need to discuss this and ask lots of questions. No subject should be off the table for discussion in a healthy relationship. The “I don’t want to talk about it” responses are red flags and are not to be ignored regardless of the subject. I always tell patients and friends alike to trust their intuition. Better to be safe than sorry.

Sharon 55 and David 65 have been dating for six months. David was an investment adviser at a large Wall Street firm. Sharon was the manager of a designer clothing store. Both had been divorced, had adult children and had met through an upscale matching service. On paper they were perfect. Over time Sharon became very concerned about David’s mood swings. Most days he seemed happy and contented with his life. But on occasion he would blow up about seemingly nothing and disappear for a couple of days, refusing to answer Sharon’s frantic calls or texts. Upon his return he would apologize and they would resume their relationship. After several of these episodes, Sharon finally mustered up the courage to ask David about his pattern of behavior. Initially, he became very defensive. But Sharon would not relent and finally told him that she would no longer tolerate this kind of emotional abuse. David opened up and told her that he was bipolar and had stopped taking his medication because he did not like the side effects. This was a turning point in their relationship. They discussed David getting a second opinion about his medication. His new psychiatrist took the time and worked with David to find a medicine that worked and had few if any side effects. Had Sharon not confronted him about his unacceptable behavior, the relationship would have probably ended. The moral of the story is that if you see that there is anything at all in your relationship that causes you concern or worry, you must be prepared to talk about it. And if you have a partner who is unwilling to discuss any and all issues, this is a troubling sign that the relationship will ultimately cause you lots of pain and disappointment.

In my next article you will learn whether your partner has the necessary communication and problem-solving skills that will ultimately make or break your relationship.

Do you have a question for Beatty? Email her at BeattyCohan.msw@gmail.com