Raves for Come From Away

There is no doubt about it. This is one hot season of Broadway shows. While the winter thaw is finally underway, thoughts of the theatre award season follow.

There is one show that I am sure will be recognized. One that may not have celebrity names attached, and may not be a big blockbuster musical, but it is one that is filled with just so much heart and soul. And do we ever need that now.

Come From Away, the sensational show that took a trip to Broadway via runs in places like Canada and California, is a musical that will remind you that kindness still exists in a world rife with senseless violence, horrific terrorism and even endless social media postings of narcissistic selfies.

The book, music and lyrics are written by husband and wife team Irene Sankoff and David Hein and tells the tale of what happened to passengers (and some pets) on aircraft flying to New York on 9/11.

Nearly 7,000 people, 38 commercial jets and four military planes were in the air when the pilots learned that airspace was off limits. What to do? All of them were diverted and landed in a forgotten international airport in Gander, Newfoundland. A town of under 10,000 people, now charged, without warning, to take care of an influx of thousands of “plane people.”

The story is performed by a super talented cast who portray the charming and oh-so earnest  characters of the townspeople of Gander, as well as the strangers who arrive and are stranded.

Their individual plot lines are explored, but the overwhelming take away from this gem of a show is that all kinds of people from foreign lands bonded with folks who had their own strong insulated community. 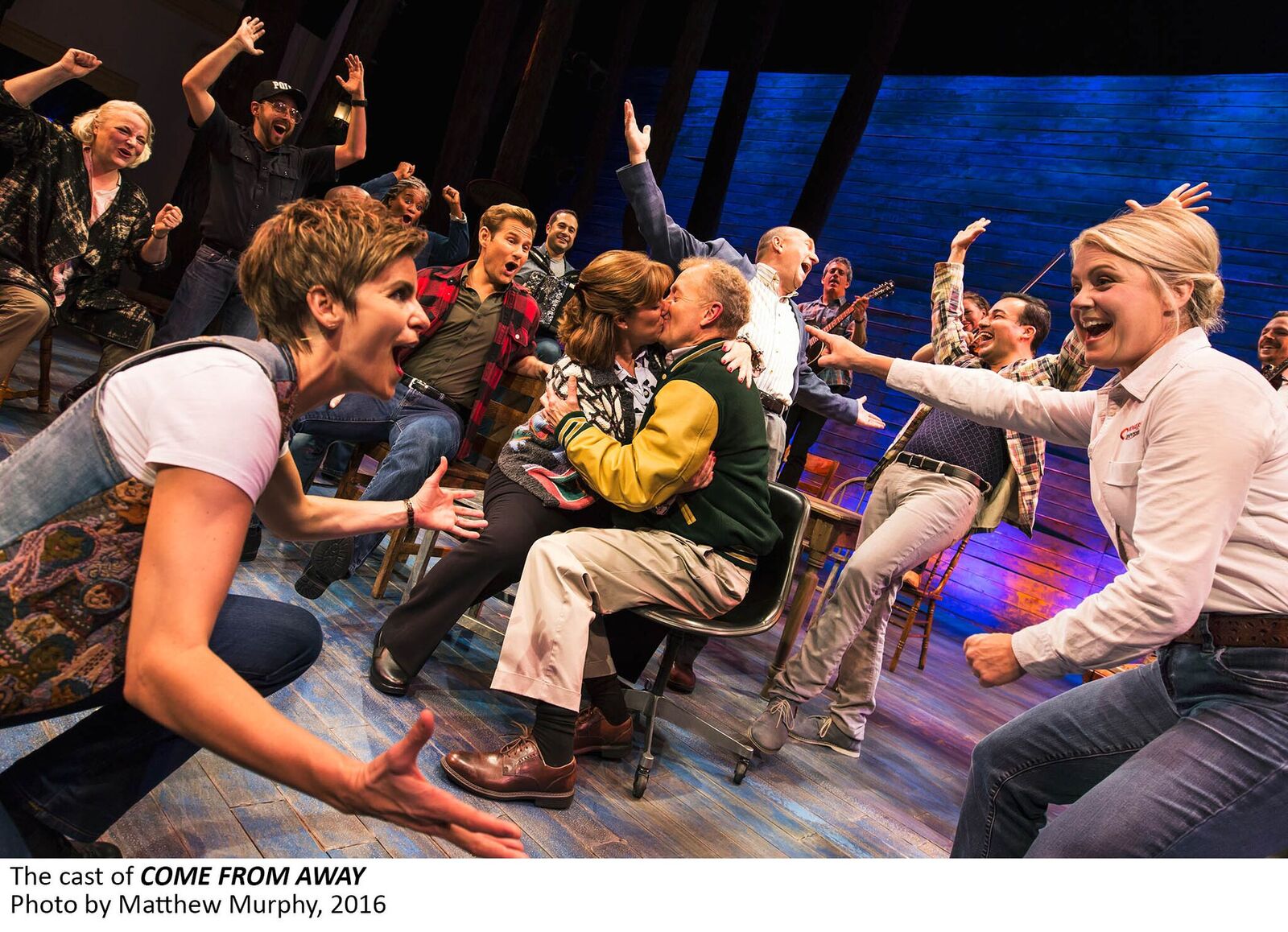 As a special note: on the night I saw Come From Away, I had the distinct pleasure of being in the theatre with Canadian Prime Minister Justin Trudeau and a distinguished Canadian contingency. Ivanka Trump was prominently seated in the theatre as well, because she was Prime Minister Trudeau’s guest. The Prime Minister gave a fabulous speech before the show began, and the audience was completely charmed by him and the mutual fondness of Canadians and Americans.

Directed by Christopher Ashley, Come From Away is funny, heart warming, and never far away from touching on the tragedy that caused the plans to be diverted.  This must-see musical will have you on your feet not only cheering for this wonderful show, but for the possibility of finding goodness in human beings.

Tags: broadway reviewscome from away