Ready for her close-up

The glorious revival of Sunset Boulevard, starring the astounding Glenn Close, back in the role she originated and for which she won a Tony in the late 90’s, can not be defined as a theatrical production, nor as a musical. This Sunset Boulevard, directed by Lonny Price, is an event.

Never before have I seen such a lush and full orchestra (40 musicians in black tie!) situated prominently center stage receive such an enthusiastic and appreciative round of applause at the conclusion of the overture, at the opening of the second act and at the curtain. The orchestra is so much a part of this production that the conductor, Kristen Blodgette, joins the cast for a bow. Never before have I seen the outpouring of love for an icon when she enters, leaves a scene, sings …or just looks. Breathtaking.

Each of the principal characters in Sunset Boulevard creates a cohesive ensemble, from Michael Xavier (Joe), the stunning young man who plays opposite Glenn Close, to Siobhan Dillon who plays Betty Schaeffer, the ingénue love interest, to Fred Johanson as Max (with his outstanding baritone voice) and finally, of course, the incomparable Glenn Close. 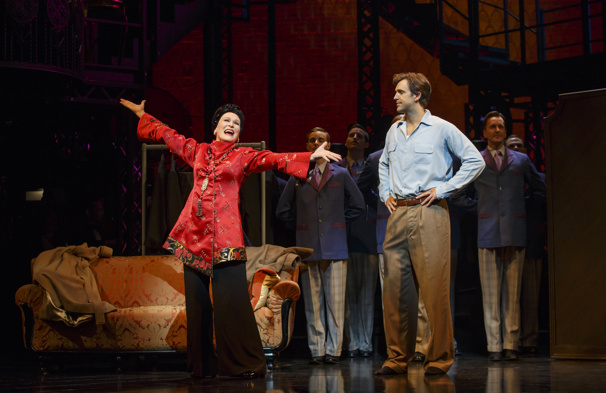 With every scene, Ms. Close evokes so many nuances, but the one scene that slayed me, and had the audience erupting in applause and adulation, is when the broken and pitiful Norma Desmond, back on the sound stage at Paramount wearing a fabulous suit and fur, has a spotlight hit her, as she is seated in a guest director’s chair. At first, she looks away so that her aged face is not visible in the harsh lights.
But soon, sensing the welcoming warmth of the spotlight, she slowly turns to be in her light; the star Norma Desmond coming to life once again from another era. She did that with just a look, and her face told the entire story.

After that unforgettable moment, Ms. Close sings “As If We Never Said Goodbye” clearly affected by the emotion of that exposed vulnerability. Although she had some misses with the notes in the song, it did not matter one whit and actually worked exceedingly well. This was a show stopper, and the audience did not want to let the moment go.
These days, that experience is rare indeed, and to witness it is a great gift.

Choreographed by Stephen Mear, with set design by James Noone, and costume design by Tracy Christensen, this Andrew Lloyd Webber gem sports book and lyrics by Don Black and Christopher Hampton.
Based on the film by Billy Wider, this is an English National Opera Production, and the entire cast and team has created a must see experience. 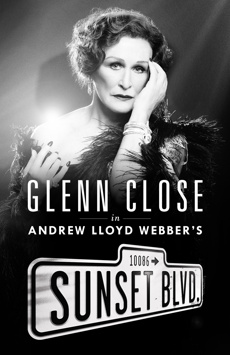