Reframe To Reclaim Your Potential: Three Steps To Navigating Resistance

What’s the single most obtrusive roadblock to living a life of great potential? Lack of money? Time? Know-how? Guess again. That roadblock rests between your ears — it’s your own brain. And if you don’t believe it, you may be in a state of resistance. Resisting change is a common tendency among humans. Fearing the unknown is exactly what your brain has evolved to do, initially for good reasons. Stick with me here.

Our prehistoric ancestors’ survival was reliant on their instincts to sense danger and then steer clear or prepare to fight. They likely questioned everything, including the soothing sound of a gentle breeze rustling the leaves. These ancestors then probably intuitively tensed up and braced for the likes of a saber-toothed tiger slowly encroaching through the bush toward its next meal: them.

The modern version of this survival technique can be thought of as our protective inner voice, and it’s the bedrock of resistance to all things scary and new. If you’ve ever clenched your fists, held your breath or developed nausea after having a sudden realization, you too have experienced the resistance I speak of. Haven’t you wondered why you’ve been quick to judge and reflexively say no to an idea, request or suggestion that might have been right for you? That’s habitual resistance. And you’re not alone.

Most of us engage in acts of resistance daily. We resist our own thoughts and emotions and those of our colleagues. But here’s the good news: The adage that “resistance is futile” may not be true after all. With a slight personal reframing, resistance can become the gateway to your greatest potential.Explore these three steps for managing (and ultimately embracing) resistance and reclaiming the possibilities of your life and career.

The first step to turning resistance from foe to friend involves becoming aware of when it shows up. Ironically, this can be a challenge since resistance exists clearly in sight but is elusive, well-disguised and difficult to catch.

A fellow coach in my mastermind group suggests that you tune in when you catch yourself “hitting the stop button” — you know, those instances when your knee-jerk response to doing something is, “No way.” In other words, listen closely to the story you’re telling yourself at those moments about why you can’t or don’t want to do something. Your inner dialogue may seem real to you, but is it true? Be honest in your assessment.

One of my clients recognized that her stop-button moments occurred when providing tough feedback to her direct reports. She found herself sidestepping important conversations that could potentially help in their development. She worried about their responses and was concerned about being labeled as hard-nosed or aggressive. As we dug into the actual situation and her motivation for these talks, she recognized her side of the story to be true but not necessarily the whole truth. I continued to challenge her to visualize the growth that she encouraged through these coaching conversations, and her outlook moved from fear to hopefulness. She began to feel excited about her ability to develop a solid and resilient team. This mindset allowed her to approach these conversations with curiosity, thereby immediately changing the tone of the exchange and driving superior results. Her direct reports now feel encouraged by her feedback, which is coming from a place of support.

2. Recognize When You’re Resisting Others’ Ideas

If you’ve ever built an emotional wall to protect yourself from others’ ideas and suggestions, welcome to humanity. Reflecting on my own resistance, I visualize covering my ears and chanting “La, la, la.” If you’re like me, not only do you face resistance to your own internal protests (“I can’t apply for that promotion” or “I’m not qualified to speak about that”); you also find yourself resisting others’ ideas.

Fundamental to reframing your resistance to others is remaining open to influence. Your first step is to stay curious. Asking questions costs nothing, and it clarifies not only your thinking, but also others’ thought processes, too. It can be powerful to recognize that the mere act of listening to another’s point of view doesn’t mean that you must convert to their way of thinking. When you’re able to remain open-eared and open-minded, you can understand, or “stand under,” another’s reality. From that clear-eyed position of gathering information, you can empower yourself to make better choices.

3. Navigate Resistance From Others

Since resistance is part of human nature, when you’re dealing with other humans, you may encounter their resistance. Occasionally, these creatures will resist your brilliant ideas. It can be hurtful to the ego indeed, but it’s an opportunity to examine your response to their resistance and to explore why they’re resisting without trying to sell them on your idea.

To reframe your reaction to others’ resistance, my colleague suggests that you visualize yourself on a balance board. Are you just a little wobbly, or do you fall off the board entirely when someone pushes back or rejects your idea? You can regain your balance by acknowledging and fully accepting that pushback is normal and expected.

I find that resistance intensifies when people don’t feel heard or included or when they believe an idea is antithetical to their agenda or that a change will inconvenience them. When you ask questions like, “Who is impacted by this situation?” and “What ideas do you have?” you can create a better game plan based on fully informed decisions. Pushback is often essential for innovation.

Joseph Campbell is believed to have once said, “The cave you fear to enter holds the treasure you seek.” So take a breath and a step toward that fear. Recognize that fear is a response that’s deeply embedded in our brains, and consider what may lie right beyond the resistance driven by fear. When you accept resistance as a natural first response to new ideas and challenges, you can move beyond the threshold of the cave and claim your reward. When embraced as a gift, resistance can lead to stronger relationships, more breakthrough ideas and outcomes, and a better quality of life and career.

This article originally appeared at Forbes.com 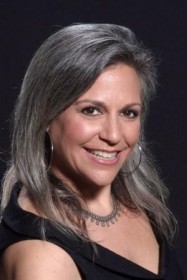 Deborah Goldstein is the founder of the Driven Professionals, a community driven to support the health, well-being & success potential of NYC professionals. Deborah is also the founder of Goldie’s Table Matters, providing education and entertainment to both corporate and private clients nationwide. http://drivenpros.com