Scenes from the New Whitney 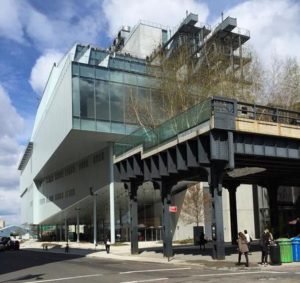 View of the new Whitney from Gansevoort Street, overlooking the southern tip of the High Line Photo: Val Castronovo

The new Whitney Museum of American Art in downtown’s meatpacking district has finally opened its doors, a 220,000-sq.-ft., 28,000-ton, light-filled addition to the city’s cultural landscape at the foot of the High Line. Floor-to-ceiling windows in the eight-story building provide awe-inspiring views of the Hudson River and the urban grid, with exterior stairwells resembling fire escapes linking outdoor galleries and terraces on three levels. Director Adam Weinberg, who oversaw the nine-year, $422 million expansion, thinks of the new digs as “aspirational spaces for artists” and, channeling museum founder Gertrude Vanderbilt Whitney, revels in the Whitney’s mission to embrace “the artists who are among you,” not just the ones who are famous or dead.The inaugural exhibit, “America is Hard to See”, is a display of more than 600 works by 400 artists, organized thematically into 23 “chapters” and culled from the museum’s permanent collection of 22,000 artworks. Spanning the last 115 years of art in the United States, the show expands the definition of “American artist” to include artists who paint America—have lived and worked here—but were not necessarily born here. Architect Renzo Piano, who also designed the Centre Pompidou in Paris, was on hand for a preview last month and gushed about the design of the museum’s lobby, which he likened to an Italian piazza, free and open to the public. He speaks movingly of the “poetry of construction” when he discusses his design for the new building. Viewing art is an emotional experience, he says, so the architect’s job is to create “a place where that emotion can become more intense.The lobby-level gallery, which pays homage to Gertrude Vanderbilt Whitney and her early, radical patronage of modern American artists, boasts, among other things, Robert Henri’s divan portrait of the founder in turquoise slacks, a set of Edward Hopper drawings, John Sloan’s “Backyards, Greenwich Village,” and free admission. (General admission to the museum is $22.00 for adults.)Here’s a sampling of views from the reimagined Whitney, which can take pride in several firsts—the museum’s first theater, first education center, and first study center for works on paper—and an airy, glass-enclosed restaurant on the ground floor (“Untitled”), operated by Danny Meyer’s Union Square Hospitality Group, with Gramercy Tavern’s Michael Anthony at the helm (Anthony was just named 2015’s “Outstanding Chef” at the James Beard Awards in Chicago).Photographs by Val Castronovo, 2015. 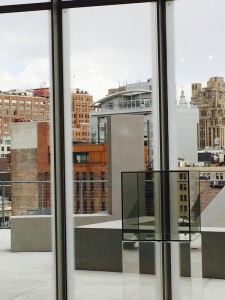 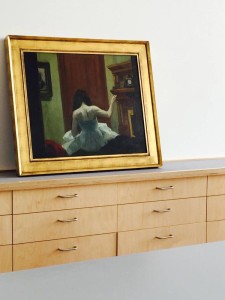 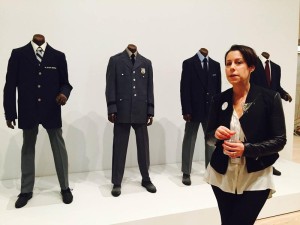 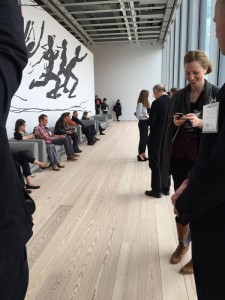 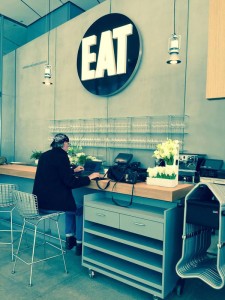 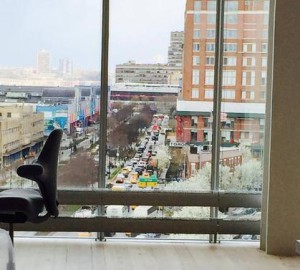 Looking north from the Conservation Center 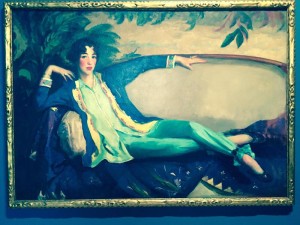 Val Castronovo
NYC At the Museums

Val Castronovo is a freelance journalist specializing in coverage of art exhibitions. She is a former senior reporter at TIME, where she worked for 21 years. Her reviews have most recently appeared in Our Town/West Side Spirit/Our Town Downtown and the new Chelsea News. She has also written for Senior Women Web and a variety of publications at the United Nations. A native New Yorker and Vassar/Columbia grad, she lives in Manhattan with her husband and daughter Olivia.