by Career and Professional Advice · September 14, 2016

I’ve written several articles now in an effort to convince you that busyness is merely a state of mind, and a precarious one at that. It inhibits corporate productivity, it promotes one-upsmanship, and it perpetuates a contagious cycle of office toxicity…. quite the opposite of what we traditionally credited it for. Avoiding the word and the concept of “busy” is the truest way to eradicate the “busy bug” and restore harmony and well-oiled functionality to the workplace.

Now that you’ve considered the abolishment of “busy”, but haven’t necessarily taken the initiative to follow through, it may be time for you to consider two more of the illogical and even damaging circumstances that get prolonged by the insistence on remaining busy. They relate to task scheduling and the physical chemistry of the brain. By fully processing these detriments and reversing their impact, you’ll be taking a major step toward maintaining your mental health, and promoting that of your colleagues.

The Scheduling In of Head Space

When we as professionals look all around us, there are various stimuli that seduce us into convincing ourselves that “busy is better”. When taking these busyness cues from others in the workplace, our natural inclination is to overschedule our own workdays and workweeks in order to “keep up”. We might not realize it, but this approach leads to mental overload rather than increased productivity, and amounts to nothing more than career suicide. The solution, surprise surprise, is to use the opposite methodology, which is to actually schedule blocks of open time for yourself. These blocks are called white space, and have been championed by time management expert Laura Vanderkam in her book 168 Hours and at DRIVEN’s September 2015 Community Event exploring the topic. Several ten-or-fifteen-minute blocks of time should be utilized each day not as brainless opportunities to goof off, but rather as “unbusy” episodes carved out to stimulate creativity (compare it to all of those incredible thoughts and realizations that come to you in the shower). When applied properly, white space can fuel your productivity while preserving the mental energy needed to execute your workplace missions with precision and integrity, not mediocrity. That sure beats the heck out of busy.

The Myth of Multi-Tasking

It’s no longer breaking news that multi-tasking does not live up to its name. In fact, it doesn’t even really happen. Nonetheless, many of us insist on employing the multi-task strategy in our jobs (or at least implying it in our language) strictly with the intention of seeming like we’re busier than the rest. Meanwhile, it’s been demonstrated through various experiments that any attempt to perform multiple tasks simultaneously instead of separately will not only detract from the effectiveness of each task, but it will slash our level of productivity enormously (link to this article on inc.com to better understand the intriguing and disturbing dynamics of the multi-tasking malaise.) To make matters worse, another wild study that included MRI brain scans showed that folks who multi-task more often had less brain density in a crucial cognitive cortex known as the ACC (that inc.com article again.) In plain English, the act of multi-tasking, which is disadvantageous in the first place, actually gnaws away at our brains!

The solution here is pretty straightforward: If you’re a busy multi-tasker, start to accept and embrace the one-task-at-a-time approach in your career, and in your personal life as well. Then, distribute this antidote to busyness around to your employees by way of suggesting they start blocking out some white space in their schedules. The desired outcome will be noticeable as a corporate cultural shift begins to set in, with increased productivity as the first tangible result.

To learn more about deactivating the “busy bug”, keep your eyes open for DRIVEN’s follow-up articles in September 2016 an onward. And to take your company to even greater heights in productivity and the promotion of Corporate Emotional Intelligence, consider our highly-effective Private Client Services. 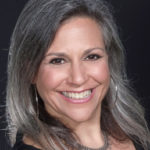