It’s that time of year tomatoes, get out your Giants gear and let’s root for another pennant. Take me out to the ball game – and show me the food! It’s more than just dogs and peanuts at our ballpark, so many ways to say yum! Did you know there is a free photography museum at Pier 24?  Now you do, hurry and check it out. Ok yes, a Columbarium is a cemetery, and it is worth a visit, not depressing at all – simply beautiful! There is an innovative theater in Mountain View, The Pear, and right now you can get a dose of unique theatre at their Short Play Festival. Spring into action! 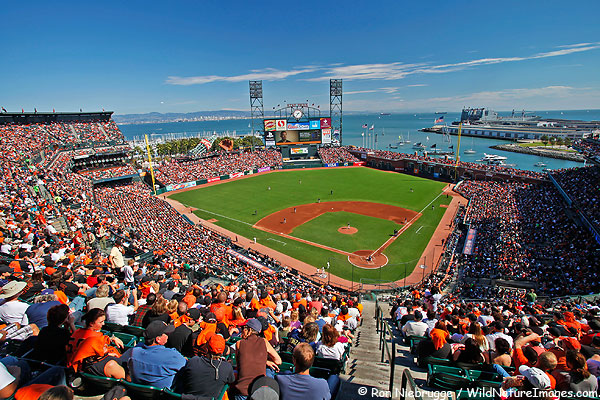 Ok, it’s time; let’s head to the ballpark. I gave up hot dogs long ago, and thankfully we live in a city where you can get virtually every delicious kind of food while watching our Giants.   These are all on the Club Level, but there are dozens of others all over! Here are some of my favs. 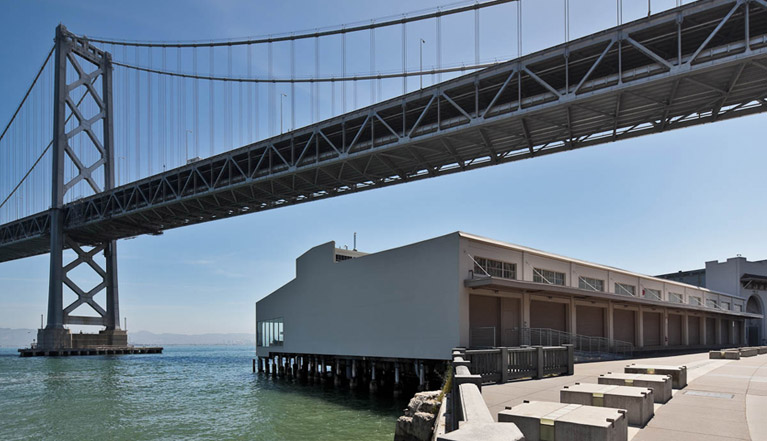 Pier 24 is a small hidden gem museum just under the Bay Bridge. It houses traveling photography exhibits and The Pilara Foundation Collection. The space is large and welcoming and FREE to anyone with an appointment. From the outside, you would never know that inside lays a treasure trove of creativity. It seems a bit secretive as you enter and press a button then give them your name. But once inside you will receive a book that explains each piece. No signs under the art, but the book tells you everything.

There are 20 galleries with pieces from the early 1900’s to the present. The museum is only open Monday – Friday from 9 – 5:15, but they only book appointments 3 times a day. That means it is not crowded and you will truly enjoy your time there. Another hidden gem in our fair city!

For more info and to book a reservation go to http://www.pier24.org

Fun fact of the day, there are only three cemeteries within San Francisco’s city limits. The Columbarium, the most striking, is a gorgeous neo-classical building that was once the centerpiece for a larger, 27-acre cemetery. The rest of the cemetery moved outside city limits in 1929, but those resting inside, and this exquisite building were allowed to stay. It fell into disrepair and was abandoned in 1934. However, in 1980 the Neptune Society cleaned it up and restored it to its former glory. Now when you visit, you will see small cubes where thousands have been laid to rest.

Not only are their ashes placed in unique urns, there are also displays that show their personalities making this a unique space. Memorials include trinkets, awards, and personal items placed there by friends and family. In addition to the colorful memorials, the beauty of the building is stunning. Stained glass windows, and the exquisite dome along with restored architectural details lend this monument an eerie beauty. Just a little something different for a day out!

For more information or to schedule a private tour: www.neptune-society.com

Tomato pals, don’t be fooled by the healthy-sounding name, The Pear Avenue Playwright’s Guild is exactly like the Willy Wonka Factory, except instead of chocolate, the Guild turns out the most inventive, delectable, brain-bustingly brilliant plays. And just as Mr. Wonka rarely opened his fantastic factory to outsiders, the Guild allows audiences to gaze upon its latest creations only on very special occasions. Pear Slices 2017 is one of those special times a once-a-year opportunity for theater-lovers to sample an amazing variety of short new plays at Mountain View’s Pear Theatre.

From comedies to dramas, you’ll catch a wide variety of original short plays performed by local playwrights, actors and directors. Productions include new pieces like What You Will, a play formed out of rearranged snippets from Shakespearean plays as well as other renditions on classic works. Pear Slices opens May 5th and runs through the 28th. Located at 1110 L Avenida Street. Mountain view, near the Cineplex (but a world away!)

Tickets can be found here www.thepear.org

Tags: SF Lifethings to do in San Francisco