As we dive deep into summer Tomatoes, perhaps you are looking for a place to “staycation.” The Presidio’s new lodge is a calling! And you probably never knew the sounds that can be made from the ukulele, well check out Jake Shimabukuro at the Mountain winery for some plucking you won’t believe! The Frida Kahlo celebration returns to the mission and the Frozen film festival brings more enticing “indies” to the bay.

Lodge at The Presidio

I simply love spending the weekend in San Francisco, so many great options of unique places to stay and one more just opened to add to the list. The Inn at the Presidio has finally opened its doors after three years of construction and anticipation. Once part of the Montgomery Street Barracks, built at the end of the 1800’s to house infantry etc., this new boutique stay is an opportunity to shack up in one of the places listed in the National Registry of Historic Places.

Oh and you can incidentally soak in panoramic views of the lush 300 acre forest, the bay, the skyline and that big red (gold) bridge. This contemporary lodging has modern creature comforts with free breakfast and a firepit with views of the bridge. Original art is scattered throughout the lodge to give you a glimpse into the past. And of course the property honors the locale with an eco-friendly build. Original restored windows, recycled jean scraps for insulation and everything is energy-efficient. Book now for that perfect staycation. http://www.presidiolodging.com 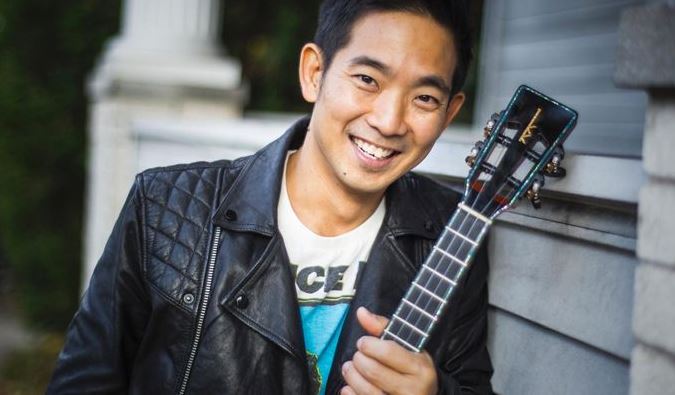 Tomatoes, perhaps your first musical instrument was the same as mine, the simple ukulele. “You are my sunshine” never sounded as fine as I plucked away. Jump forward 50 years and the ukulele has come a long way. From childhood toys to a hipster novelty item to a serious musical instrument, and much of that is thanks to virtuoso Jake Shimabukuro.

This talented musician has performed his nimble-fingered mix of jazz, surf rock and pop for the Queen of England. He plays everything from traditional Hawaiian tunes to covers of the Beatles’ “While My Guitar Gently Weeps” and Queen’s “Bohemian Rhapsody,” one listen and it’s not hard to see why he has millions of YouTube views, released more than a dozen albums, and jammed with everyone from Yo-Yo Ma to Bette Midler.

Now you can catch the renowned uke wizard live in concert at the Mountain Winery in Saratoga. You (I) may even be enticed to try again! Get tickets.

Ok, this is not a film festival dedicated to Elsa and Olaf (from Disney’s classic tale “Frozen”). Rather this annual festival aims to “create a lasting and sustainable film network exhibiting films made by people without an overflowing Rolodex and 3-picture deal.”  I love that!  Because anyone can grab a camera or i-phone, this non-profit is dedicated to creating avenues for independent filmmakers, youth, filmmakers of conscience, and artists from under served communities, to gather together and exhibit their work to the widest possible audience.

I know you are wondering about the name – the SFFF was named after that classic quote attributed to Mark Twain, “The coldest winter I ever spent was my summer in San Francisco”. The name Frozen was chosen because the films are premiered yearly during the heart of our cool summer.

Screenings and discussions with the filmmakers will be held at the Roxie Theatre and Pianofight. July 18 – 22nd. All manner of films will be showcased including documentaries, experimental shorts, international films and more. Stunning and absorbing – for tickets  www.frozenfilmfestival.com 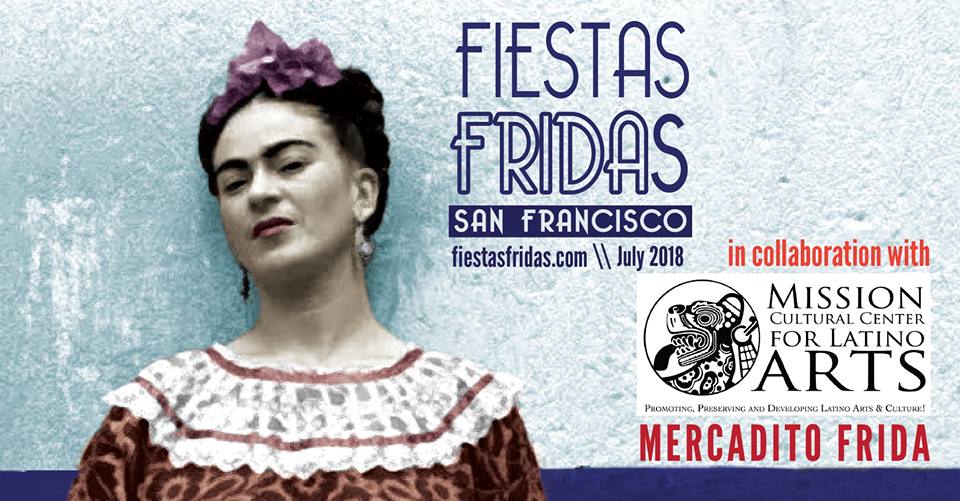 It’s time to celebrate Frida Kahlo’s birth and death day and many free activities celebrate ”tomato’s” life. Yes you know the eyebrows, and perhaps her raw and mysterious self-portraits, but there was so much more to this early feminist. This year SF named a street after her, celebrating her love of our city. She was a fashion trendsetter, loved her soul mate Diego Rivera intensely, and gathered exotic pets into her fold. The mission district is home to many of the various celebrations held in her honor.