She Loves Me is Just Yummy!

I can’t stop smiling. It was just a few days ago that I had the pleasure of seeing She Loves Me at the glorious Studio 54 space.

It couldn’t be housed in a better theatre. The history and ornate embellishments of Studio 54 lend the right touch to the sweet confection that is She Loves Me.

With a set that is spectacular and fashioned like a little gem, (kudos to the always inventive David Rockwell) and orchestra members performing up on high on either side of the theatre in the box seat section, the audience is enveloped in the glow of the show.

She Loves Me, with music by Jerry Bock and lyrics by Sheldon Harnick, was first produced on Broadway in 1963. Set in Budapest, 1934, the costumes, colors and design of this revival are all simply delicious. It sort of puts you in a nostalgic mood.

I kept thinking about eating the old fashioned pastry, charlotte russe, while enjoying this show. And maybe thinking about dessert is quite appropriate, since there is a scene and song centered around vanilla ice cream.

The action takes place at  Maraczek’s Parfumerie in the middle of the city, where sales associates for Mr. Maraczek all have their own little drama, until Mr. Maraczek encounters his own.  The principal characters of the show, George and Amalia, played by the devastatingly talented and attractive Zachary Levi and Laura Benanti, simply can’t stand each other. They are both in love with their never before seen pen pals whom they have both met through a lonely hearts club. They each have a plan to meet their mystery beloveds, and I will leave it to you to figure out the rest. An additional plot is the sour way Mr. Maraczek (the distinguished Byron Jennings) treats George, wrongly believing he has betrayed him.  And then there is the love affair between Ilona and Steven, performed by Jane Krakowski and Gavin Creel, also a fabulous duo. Michael McGrath plays the sales person who is the voice of reason, trying to mediate between everyone at the shop. 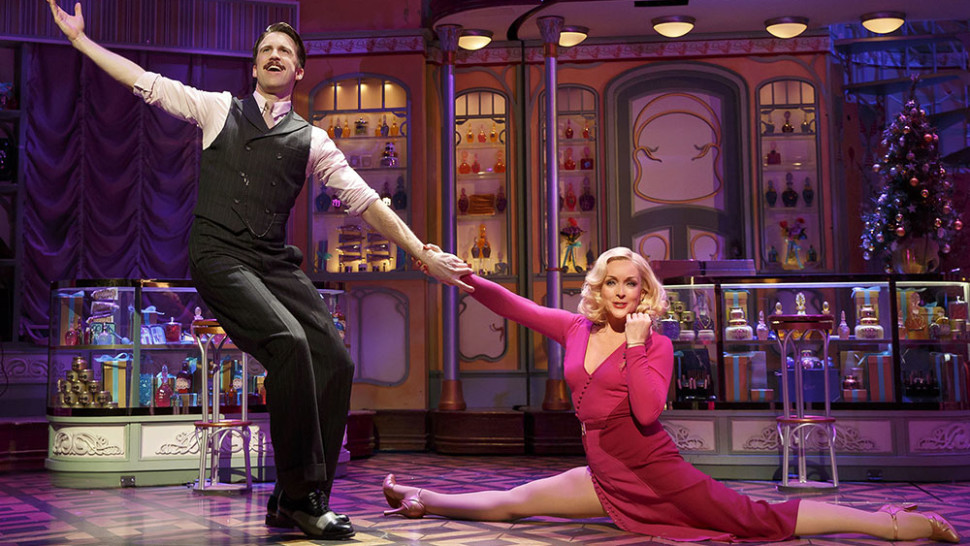 Add a young wannabe sales person, Arpad, played by Nicholas Barasch and the headwaiter at a cafe where the pen pals are to meet, the hilarious Peter Bartlett, and you have one great cast of performers. The title song that became a hit from the show, is one you will likely find familiar and be able to sing along with. Jack Jones recorded it in 1963.

Laura Benanti is a stand out as she sings in many octaves in an operatic style. It was great to see her astounding performance abilities on stage once again. 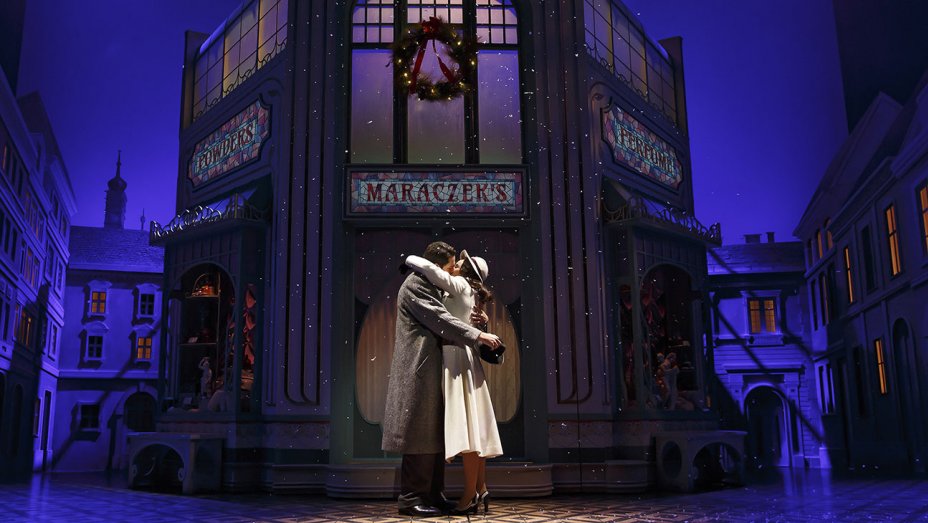 Directed by Scott Ellis, with choreography by Warren Carlyle, this Roundabout revival is a must see. Get your tickets pronto, because She Loves Me only plays until June 12.