The beauty of Downton Abbey is inspiring countless women travelers to visit other great houses in Britain. Today’s tourists follow in the footsteps of previous generations.

In 1782 a group of “lady sightseers” literally stumbled upon the long-lost grave of Queen Katherine Parr amidst the ruins of Sudeley Castle in the Cotswold countryside. It’s a story that could serve as a footnote to the recent discovery of the grave of King Richard III under a parking lot just 80 miles north in Leicester. 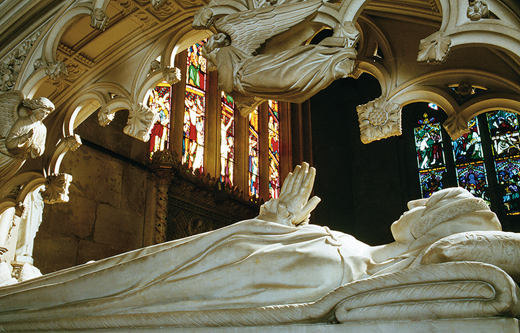 Sudeley Castle was in ruins. Sheep and cattle grazed among the fallen walls; the decrepit chapel was an overrun rabbit warren. But occasionally, tourists still wandered the grounds, attracted by the beauty of the site and the romance of Sudeley’s royal history.

In 1782 several lady sightseers noticed a marble panel on the wall of the ruined chapel. They persuaded a local farmer to dig and they found a lead coffin barely a foot underground. The inscription left little doubt; they had uncovered the grave of Queen Katherine Parr. Curiosity forced them to open the coffin. To everyone’s amazement, the body of Katherine Parr lay peacefully inside, wrapped in linen, and “uncorrupted” after 230 years. Discoverers noted that the flesh on the corpse was still “white and moist.”

Queen Katherine’s remains did not remain peaceful for long. Apparently her coffin was repeatedly reopened until the Rector of Sudeley ordered that it be moved to a sealed vault in 1817. The experience wasn’t helpful for the body’s once-remarkable state of preservation. In 1861 the Queen’s remains were moved to a tomb in Sudeley’s restored St. Mary’s Church. All that was left in the leaden coffin was “a little brown dust.” Her beautiful Victorian era marble effigy was designed by Sir George Gilbert Scott and carved by John Birnie Philip, who completed London’s Albert Memorial.

But how did Katherine Parr become the only English queen to be buried on private property? That, and more, is part of Sudeley Castle’s remarkable 1,000-year history.

Who built it…who owns it?

Around the year 1000, King Ethelred — he of the unfortunate nickname “the Unready” — gave the Sudeleagh estate to his daughter as a wedding present. The area was already established as one of the most prosperous regions in England; a wool-producing economic powerhouse with an important Benedictine abbey at Winchcombe. 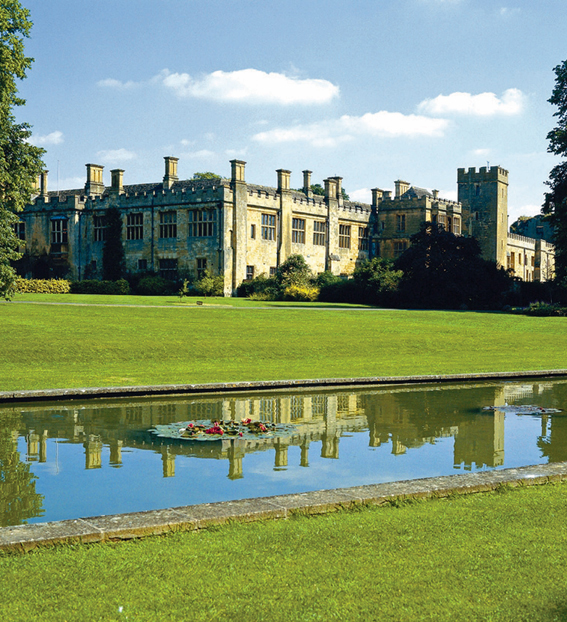 The property was owned by the de Sudeley family until the 15th century. When the de Sudeley line died off, the estate was eventually inherited by Ralph Boteler, who was made Baron Sudeley by King Henry VI. Boteler started a grand rebuilding plan at Sudeley, but he lost the castle during the War of the Roses. It became the property of Richard III, but when Richard died at the Battle of Bosworth Field, it was taken over by King Henry VII.

Henry VIII and Anne Boleyn spent a few days at Sudeley in 1535, but after their marriage ended — Anne getting the worst of the separation — Sudeley fell into disrepair. When Henry VIII died, his young son King Edward VI gave Sudeley to his uncle, Sir Thomas Seymour. Seymour began an affair with Katherine Parr, Henry VIII’s widow. Katherine moved to Sudeley, which became, in effect, a royal palace. Princess Elizabeth, Lady Jane Grey, and their huge retinue descended on Sudeley.

But Katherine’s days at Sudeley were numbered. She died there in 1548 after giving birth to a daughter. Thomas Seymour did not even stay for the funeral; he headed back to London and attempted to court Princess Elizabeth and to ingratiate himself to King Edward VI. Seymour’s plans did not work out. He was convicted of treason and beheaded in 1549. Katherine and Thomas’s daughter, Lady Mary Seymor, probably died in infancy.

Sudeley was inherited by Katherine’s brother, William Parr, but Parr was also executed after picking the wrong side in a royal power struggle. In 1554 Queen Mary I gave Sudeley to John Brydges and named him Baron Chandos of Sudeley. In 1592 long-reigning Queen Elizabeth I returned to Sudeley and enjoyed a grand three-day-long party in her honor.

All was well at Sudeley until the English Civil War erupted. The castle was besieged and plundered by Parliamentary troops, retaken by Royalists, and besieged again. At war’s end Baron Chandos returned to Sudeley but was forced to have the castle “slighted” — the roof was removed and Sudeley was partially demolished in 1649.

Sudeley Castle was in ruins. And that’s how it was found in 1782 when sightseers stumbled upon the grave of Katherine Parr. 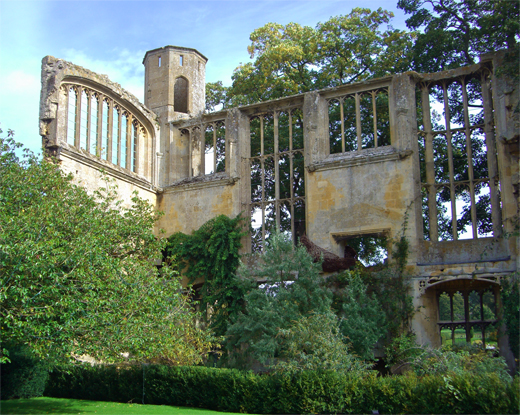 Sudeley remained a ruin until the early 1800s when it was purchased by a pair of rich glove manufacturers, John and William Dent. The brothers hired architect Harvey Eginton to begin restoration of the property. They decided to leave portions as scenic ruins and rebuild the more intact areas. The effort continued when the property was inherited by nephew John Coucher Dent and his wife Emma.

Emma Dent opposed restoring Sudeley’s chapel, but she lost that battle and St. Mary’s Church was dedicated in 1863. Emma Dent started a vast collection of furnishings, needlework, and other artifacts during her travels in Europe; the collection is on display today at Sudeley. Emma Dent continued restoration of Sudeley until her death in 1900. The property passed to a nephew. The family continues to own and live at Sudeley. 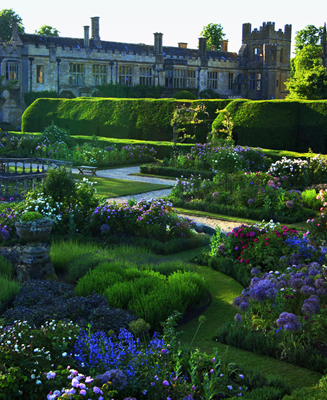 Sudeley is a Medieval and Tudor castle and ruin with portions restored during and after the Victorian era.

The gardens at Sudeley intermingle with the ruins of the oldest parts of the castle to create a unique blend of stone structure and greenery. Restoration of the gardens continues today. Some highlights include the Queen’s Garden, the formal Knot Garden, and the White Garden connecting the castle and chapel.

Anyone interested in the interwoven stories of Katherine Parr, Elizabeth I, and Lady Jane Grey, will find the historical displays at Sudeley fascinating. An original copy of Katherine Parr’s 1545 book, Prayers and Meditations, is on display. 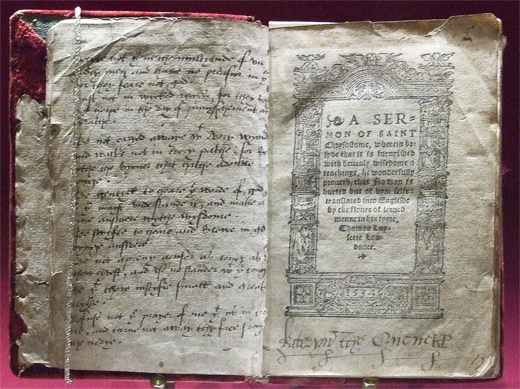 Sudeley Castle is located in the rolling Cotswold countryside near Winchcombe, Gloucestershire and about eight miles northeast of Cheltenham.

Sudeley is owned by Lord and Lady Ashcombe, Henry and Mollie Dent-Brocklehurst and their families. The Castle is open to visitors daily from mid-March to early November. The website for more information is: