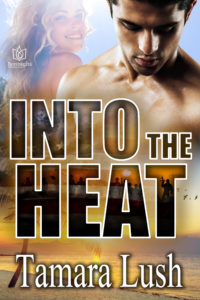 I was so excited to meet Tamara Lush because we share two passions – reporting and romance novels!

She is an award-winning journalist with the Associated Press and she also writes steamy romance books.   A longtime reader with dreams and plans of penning her own romantic stories, she was enticed into the field in 2014 after covering a spate of news stories with disturbingly unhappy endings. Fiction was a way to unleash her creativity and create the happily-ever-after that was not as common on her day job.

By 2015 she was a published author.  Her first novel, Hot Shade, debuted last fall and her newest book, Into the Heat, just published. Both books are with Boroughs Publishing Group. In February, we can look forward her sexy novella, Tell Me a Story.

I recently chatted with Tamara about her fascinating dual career. 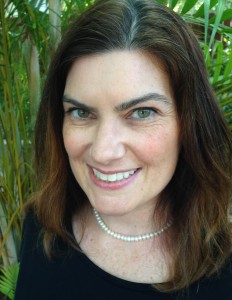 How did you find your way into becoming a reporter?

A love of writing and natural curiosity led me to journalism. Initially I wanted to be a TV news reporter and got my degree in broadcast journalism at Emerson College. I worked in radio for a short while and then my hours were cut – so I needed to find a job, quickly. My first offer came from a weekly newspaper and I loved it so much that I stayed in print journalism.

Your day job is reporter for a major news organization. What is your beat?

I cover the west coast of Florida. It’s mostly a general assignment beat, writing stories about agriculture and tourism. Also the occasional execution. And hurricanes and alligators and all sorts of weird stuff. I also help out with national stories.

Many hard news reporters end up penning fiction from their beat – crime, politics, etc.  What inspired you to choose romance novels?

I’ve always loved sexy romance stories ever since high school. I was the girl who had the stash of taboo books and loaned them to friends. I considered writing a romance in my early twenties, but was too focused on journalism to really be effective. In 2012, I wrote the first chapter of a book, then stuck it in a file cabinet.

In 2014, I covered a lot of awful stories. Within a few months’ time, I wrote about the trial of a woman who killed her teenagers, a man who killed his entire family and burned his house down, and a grandfather who killed his daughter — and his six grandchildren.

Something in me snapped. Almost overnight, I craved writing a story that ended well. Ended happily. I pulled that first chapter out of the drawer and began to write and re-write it. I took a Media Bistro class with author Susan Squires and I wrote 1,000 words a night, after covering news. I finished a book. It ended up being Hot Shade, my first novel. It was so freeing and cathartic that I kept writing. Fiction was addictive, I discovered.

Your debut novel, Hot Shade, features Journalist Skylar Shaw and a handsome yet mysterious Italian journalist. Tell us about it.

I was inspired to write Hot Shade after reading Gomorrah. It’s a non-fiction book about the Camorra, the organized crime syndicate in Naples, Italy. The author of the book is Roberto Saviano, an Italian journalist and he had to go on the run after writing his book. He’s still living under police protection, and he’s an incredibly brave truth-teller. After I read his book, I wondered what Saviano’s life was like. Did he have girlfriends? How did he live? Was he lonely? In time, I began to think of a love story between a sexy Italian journalist in his situation and a young, somewhat naïve American reporter.

Since you called upon your days as a young reporter and you hubby is Italian, how much is art imitating life?

Ha! A few parts of the book, such as when the heroine is filing stories for her newspaper in her messy car, are a bit autobiographical. I wanted to also show the heroine’s ambition and desire to leave her tiny paper and eventually move to a bigger news organization. Skylar’s professional goals and the fact that she’s ambitious without much experience, was drawn from my own life as a 22-year-old journalist.

The rest is pure fiction! My husband has been in the US for many years and is probably more American than Italian at this point. I always joke with him that I’m going to write a sequel to Hot Shade, set 15 years in the future, where the American reporter and the sexy Italian buy a house, a couple of cars and a leaf blower, then fill the house with stubborn dogs.  But that’s real-life love, the mortgage and the leaf blower and the dogs, right? It’s not all hearts and flowers and headiness. True sexiness is what my husband gives me: unconditional love and support.

Congratulations on your new book, Into the Heat. In this book we meet Leo Villeneuve, a wounded Afghanistan war veteran.

Thank you! Into the Heat was challenging because I wanted to tell a story on the same island that Hot Shade took place, but without journalists as the main characters. Writing about reporters was my default mode – the old adage, ‘write what you know.’ I first thought of this story when I was walking on the beach one November with my best friend. We came across a sand sculpture contest and there was a sexy man sitting in the sand, working on an incredible carving. I turned to my friend and said, “This would be a great scene in a novel.” We ended up brainstorming the basic plot and the characters that day.

Why do you think readers will fall in love with Leo?

Leo has a duality about him. He’s a tattooed Marine and he is also a baker. He’s been wounded in war and doesn’t want to share his feelings or problems with anyone. He’s also incredibly loyal, and reveals to Jessica that he’s only ever been with one woman – her. I wanted to write an Alpha male who had not slept around. Leo lost his virginity to Jessica at eighteen, then went into the Marines and immediately went to war – he hasn’t had time for relationships. And he’s never forgotten Jessica and in his heart, has remained loyal to her.

Sweet! And you will have a new novella out in February. Can you give us a little preview?

But Emma’s been burnt before, and is reluctant to be the plaything of a rich man whose world is so different than hers. She also doesn’t need distractions because her business in danger of closing and everything she’s worked for is poised to crumble. Emma’s made it this far in life on her own, but as her one-night stand develops into something deeper, can she trust Caleb when his own secrets are revealed?

So how steamy does it get?

It gets pretty steamy, but like my other two books, there’s a sweetness to it. Even beyond the hot sex, I love to write about the rush of love. I enjoy writing characters that fundamentally respect each other – but they have internal reasons why they don’t think they deserve a happy-ever-after.

You have some such an amazing romance writer name. Some people may be surprised it’s not a pen name. Do you think perhaps it was a sign you were destine to be a romance writer?

Ha! I think it was. So many people ask me if my name is a pen name. But no, my parents were just hippies in California in the 1970s and wanted to name me something a little different.

As a reader, what do you love most about romance novels?

I love reading about the chase. The flirtation. The banter. The anticipation of that first kiss, that first touch, that first moment when the characters know they’re about to have sex…I can’t get enough of that.

Order Into the Heat.