Taos, New Mexico: A Magical Place Every Day of the Year 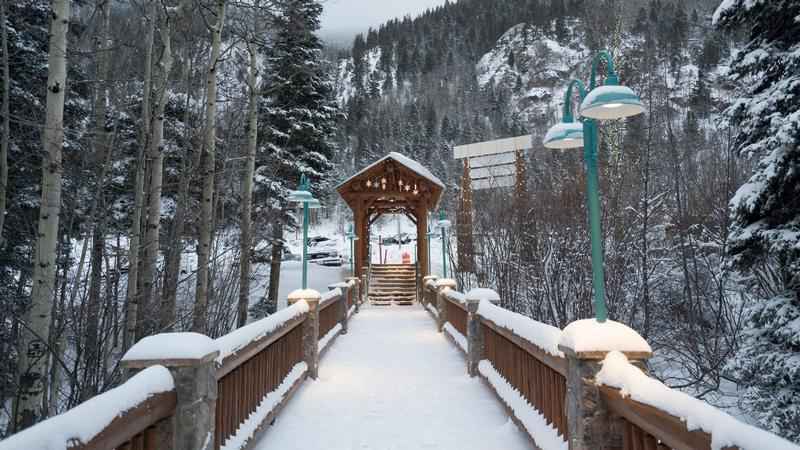 Winter, spring, summer and fall, there’s always magic in the air in Taos, New Mexico. If you are wondering where to go, or what to do this holiday season or next, Think Taos. There are so many holiday activities throughout the town from the end of November into January, and every month throughout the year.

The holiday season officially begins in the Taos Plaza with the annual lighting of the Town Christmas Tree and Yuletide Caroling on the last Friday in November.  Mr. & Mrs. Claus attend and hang out near the hot chocolate and cookies, careful to keep their distance from The Grinch (taosgov.com).  The Millicent Rogers Museum (millicentrogers.org) holds an annual holiday fiesta with community events and special children’s activities making holiday cards and ornaments. There are also Chanukah events with Chabad of Taos, the Center for Jewish, and the Taos Jewish Center with a Peace Chanukah event shared by multiple faiths.

On Christmas afternoon, there is the Taos Pueblo Deer or Matachinas Dance performed in the Taos Pueblo Plaza. This is a beautiful ancient Native American ceremonial dance celebrating winter, danced and drummed by residents of Taos Pueblo. When on the pueblo, be forewarned, cameras, cell phones, and video cameras are allowed. When the dances are over, there’s no applause because it is a privilege and pleasure to witness the historical ceremony. It is not performed for entertainment, it is a tradition (taospueblo.com).

Christmas Eve on Taos Pueblo is a multi-cultural event held in the 1000-year-old adobe pueblo buildings seeped in culture and history. There are also Christmas Eve Torchlight Parades at Taos Ski Valley, Angel Fire, Sipapu, Enchanted Forest, and Red River ski resorts, at 6 p.m.  Skiers fly down the mountain in the dark with flares marking the trails for Christmas and then repeat the event followed by fireworks for New Year’s Eve. 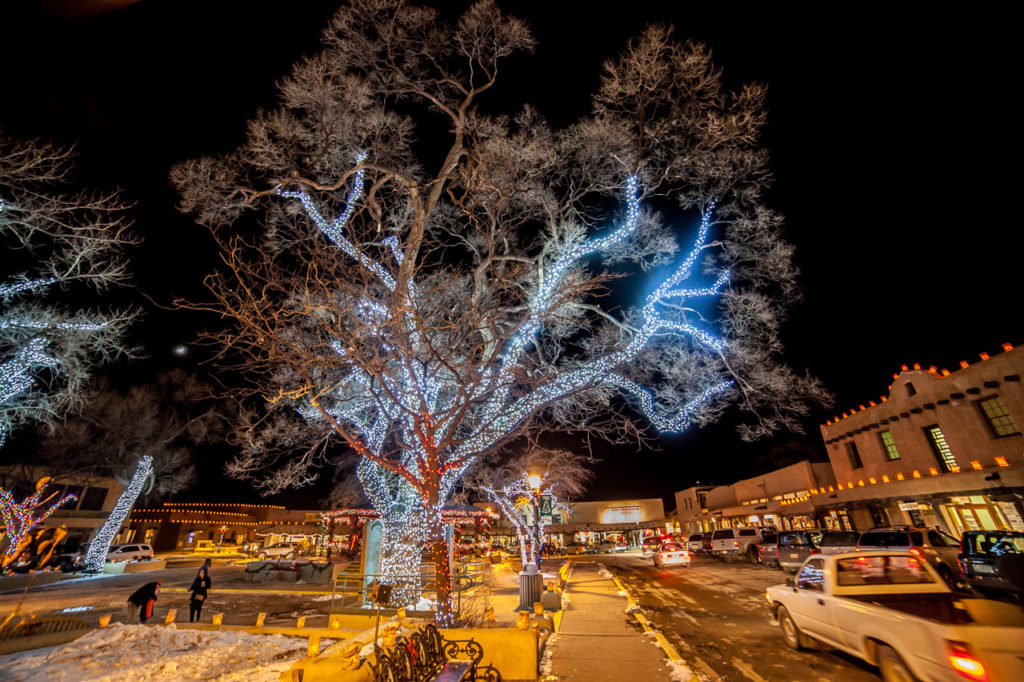 The entire town, including visitors, celebrates New Year’s Eve on the Taos Plaza. It is a non-alcohol, family-friendly celebration beginning at 7:00 p.m. with live music, the annual Mayor’s pig roast, a balloon release at 9 p.m. and a simulcast of the Taos New Year’s Eve Celebration along with the New York City’s ball drop followed by the Taos Volunteer Fire Department Fireworks Display, As they say in Taos: Snow or Shine.

If you like art, history, hiking, bird watching, truffle hunting, and hot springs, you need to head for Taos. It has more than 20 sites listed on the National Register of Historic Places, including Taos Pueblo, which is a World Heritage site and one of the oldest continuously inhabited communities in the world.  If you prefer spring or summer travels, the Santa Cruz Feast Day is held in May; July is the Annual Taos Pueblo Pow-Wow; and September is San Geronimo Day (http://taospueblo.com/events/). 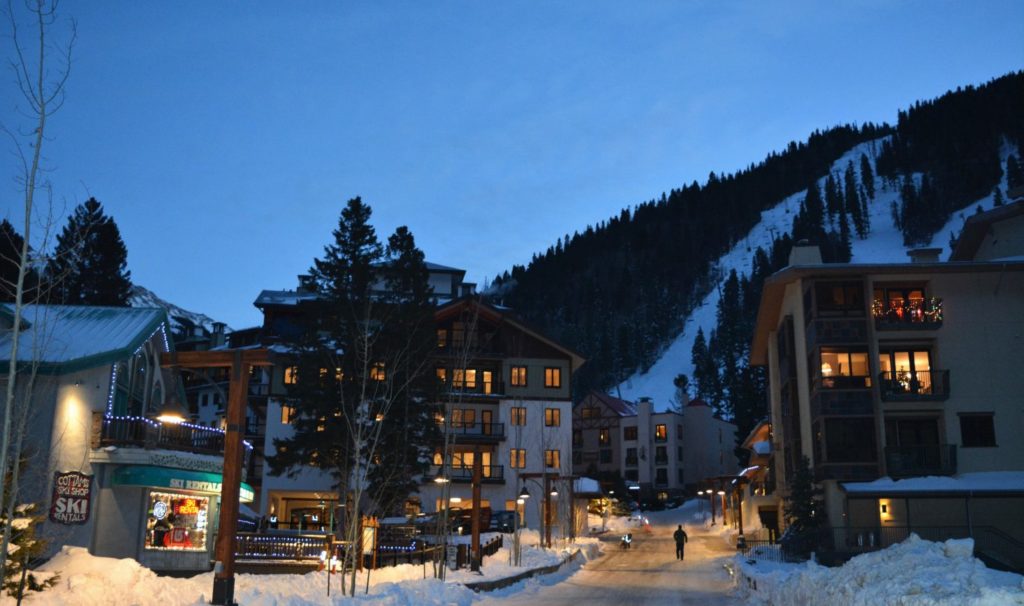 There are a multitude of housing options from spas and luxury hotels to treehouses to B&Bs and the Fairytale Tree Cottage on the Rio Honda Estates, a 13.5-acre working alpaca farm. Llama trekking is a great way to explore the area mountains (www.llamaadventures.com). There’s also the home and museum of Georgia O’Keeffe and I particularly love visiting the Earthship Biotecture, radically sustainable community, and the Lama Foundation, founded in 1967, a spiritual community that attracts residents and guests from all around the world.

Most of all, Taos is a place to immerse in the cultural diversity, events, food, sights, sounds, and awesome people. I love the many double rainbows and sunbows along with the fajitas and tacos at Orlando’s Restaurant and the green chile beer at Eske’s Bar. So, go! Have a great time in Taos and be sure to tell me all about it.