The amazing journey of Amazing Grace, the musical

I did not have high hopes for Amazing Grace. It did not seem like a scintillating concept for a Broadway musical. I was wrong.

With music and lyrics by Christopher Smith, the back story of how this musical came to be is truly an incredible one. Amazing Grace is Mr. Smith’s first professional writing effort. As the concept creator, composer, lyricist and co-author of the book (along with Arthur Giron,) he is completely self taught as a musician and composer. Smith was working as a police officer and outreach and education director in Pennsylvania when the concept for this musical was born.

That stunning fact alone makes the piece even more intriguing.

But the dramatic telling of the tale of John Newton, the man who penned the classic hymn Amazing Grace, is the main event. Witnessing the horrific story of slavery, the men who supported and profited by it, and the people who fought against it is important. Seeing the journey of a man conflicted by his rebellious nature and his attraction to assuming his father’s slave trade business, followed by the transformation that ultimately ensues is inspiring. 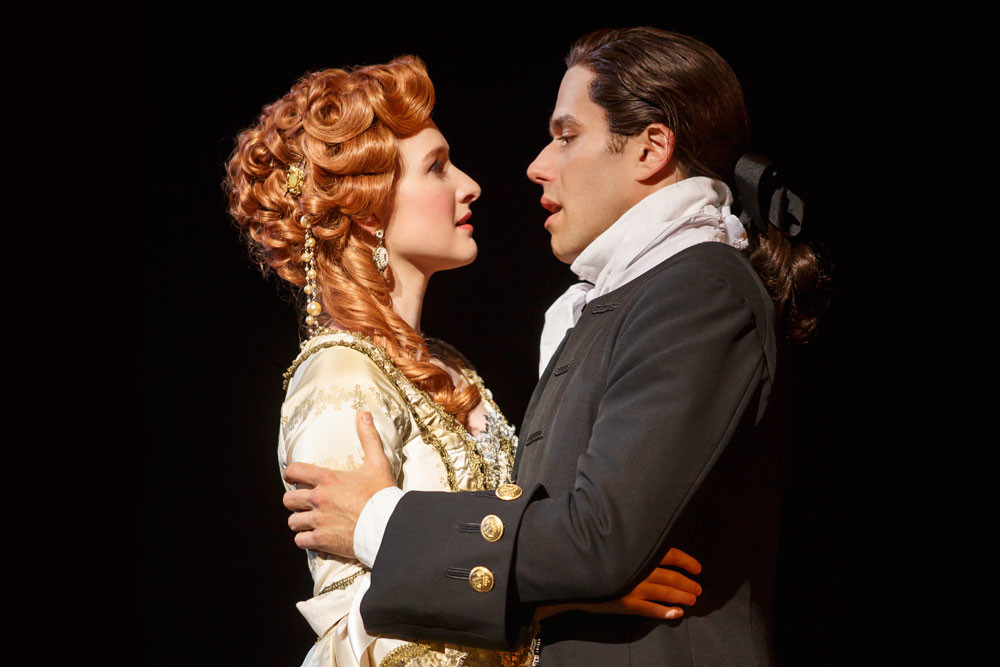 All the performers are quite excellent. Josh Young as John Newton, Erin Mackey as Mary Catlett, Tom Hewitt as Captain Newton, Chris Hoch as Major Gray, Laiona Michelle as Nana, Harriet D. Foy as Princess Peyai. All fabulous. The standout for me and one who must snag a Tony nomination is Chuck Cooper who plays John Newton’s slave, Thomas. Outstanding performance.

I don’t want to tell you much more. But I do have to say this. The end of Act 1 is simply breathtaking. The effect that is created after an attack on the ship on which the characters are sailing is brilliant. As I said to my friend, Adriana, who accompanied me “That is worth the price of admission.”

This show has some flaws, as all do. But I promise you will feel outraged by man’s inhumanity to man, ashamed by historical circumstances and moved by an individual’s transformation.

We all need to feel inspiration these days. Amazing Grace will provide.