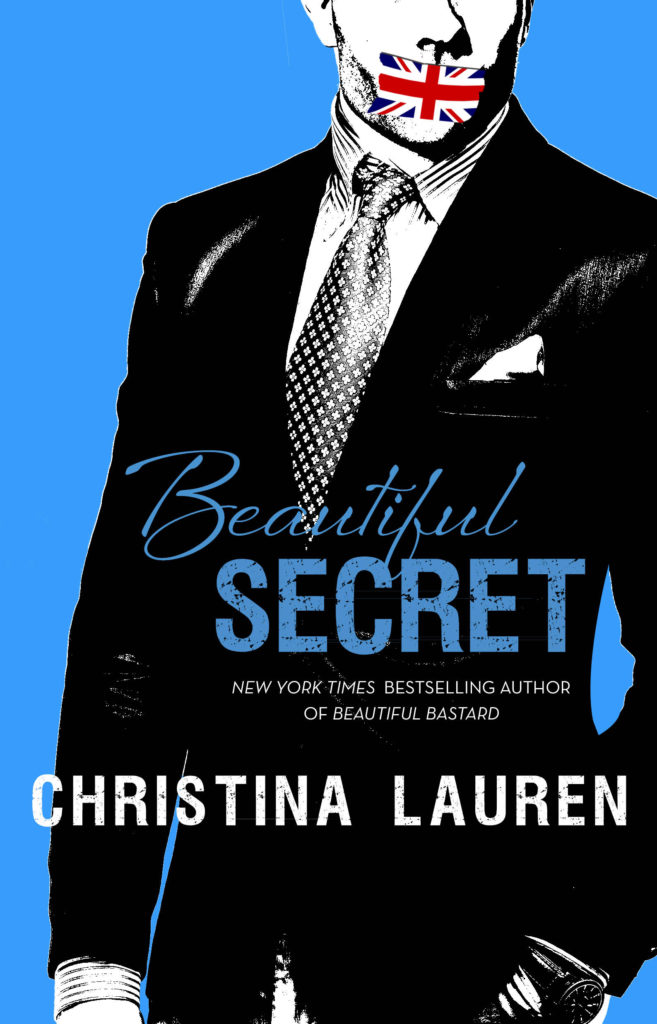 Christina is a former junior high school counselor. Lauren, known by intimates as Lo, has a Ph.D. in neuroscience and was a researcher. These days they are both full time writers, with at least nine New York Times best-selling books under their belts, and a penchant for writing stories about super-hot men who fall hard for sassy, sexy, smart, and strong women.

In the Beautiful Series, this dynamic duo has brought us rich characters that not only pair up for crazy hot romance and sizzling sex, but who share comradery and deep friendship that makes readers keep coming back to see them all again from book to book.

Lucky for us, the seventh book, Beautiful Secret, is available. We chatted with Christina Lauren about our favorite characters and their newest book in the series. 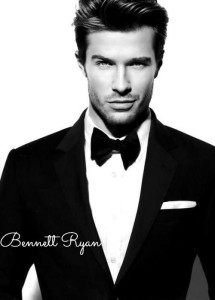 A.C.ROSE: Bennett Ryan, Max Stella, and Will Sumner have become iconic fictional alpha males.  What do you think makes them stand out and gives them staying power with fans?

CHRISTINA LAUREN: Thank you so much! One of the things we work to cultivate is a range of male characters who are strong and ambitious, capable and competent, but who—above all—are supportive of the women in their lives. Bennett wants Chloe to conquer the world, Max wants Sara to embrace her quiet strength—whether that’s kicking ass in the corporate universe, or at home with little Annabel—and Will wants Hanna to take the science world by storm, while still embracing every curiosity she has. There’s also something to be said that these alpha males fell for women who are smart (if not smarter) and strong (if not stronger) than they are. There are no damsels in distress for our Beautiful men, and we think that really resonates with readers who are juggling thirty different things every day and want to see themselves in the books they’re reading.

One of our favorite stories came from a reader who had never run a day in her life, but became inspired by Beautiful Player, where Will coached Hanna into marathon-shape. This reader wanted to run a marathon and as she read the book, she trained, imagining Will was there at her side. Will is so supportive of Hanna in Player, and even when there’s a question of whether or not she’ll end up with him romantically, he follows through on his promise and is there with her every step of the way, cheering her on.  This reader ran her first marathon after reading the book, and both of us were really emotional when she told us about it, and the degree of triumph she felt.

Since the release of Beautiful Bastard, you’ve written many more books and novellas in the series. For new readers, can you give us the order?

Although Beautiful Bitch comes before Beautiful Stranger chronologically, there’s a semi-spoiler in there about Sara and her past relationship. One of the things we want to emphasize is that while each full-length novel is part of the larger series, you can jump in at any point—Bastard, Stranger, Player, or Secret—without being confused. But why not start at the beginning?

In the Beautiful Beloved, released earlier this year, we see Max and Sara trying to adjust to a new baby and reclaim their love life. We mothers all can relate!  But was it hard to get make them sexy again? Were you worried readers would think it was too much like their real lives? Or did you love that we could relate?

Even surrounded by skyscrapers, wearing fancy lingerie, or banging these absolutely dreamy men, our leading ladies still need to be relatable. They each have their own battles and flaws, and stumble occasionally along their path. They struggle with family and career, just like us. They worry about how being a woman affects the way they’re viewed in the world, they fall in and out of love and we—as readers—get to see how scary and absolutely incredible that can be.

It was important that Sara’s struggle finding herself after becoming a mother—as well as finding their feet again as a couple—came across as realistic. We’ve both been there: with a new baby and a marriage that we want to keep as alive as it was before. Everyone talks about how amazing motherhood is (which of course it is), but few of us are out there posting our two am, sleep-deprived selfies on Facebook. Sara has to find balance with work and motherhood and breastfeeding and sex and all the same things we all do—she just happens to have Max Stella by her side.

Tell us about the latest book in the series, Beautiful Secret, and the sexy new couple readers will meet.

In Beautiful Secret, the brother of Max Stella (Beautiful Stranger) comes to New York City on business from England. He has a classically stiff upper lip, a mind for engineering, and no clue when it comes to women. Too bad for him he’s about to get obliterated by one . . . and he’ll never see it coming.

What can we look forward to with Niall Stella and Ruby Miller?

Niall might be Max’s brother, but while we like to think Max of as a smooth-talking bowl of sugar, Niall hasn’t a clue how to talk to a woman. Ruby is young, adventurous, a go-getter, and head over heels in love with Niall Stella. When she gets chosen at the last minute to accompany him on a business trip from London to New York, things get a bit . . . intense.

Is this it? Is Beautiful Secret the last book for the series… or never say never?

Since the series has taken the characters from initial intense attractions, to weddings and childbirth, do you feel a little like you are Godmothers to this gang? Or that they are part of your own families?

Coming back to write a new book, novella, or even the odd outtake is a lot like returning home for dinner. These characters are fun and comfortable and we love each and every one of them.

Beautiful Bastard began as a now legendary piece of Fanfiction called “The Office.” Where did your initial inspiration come from? And how did you find the courage to make it so hot?

Romance novels tend to have the same story arc: meet, attraction, sex, misunderstanding, HEA. At the time there weren’t a whole lot of books out there with a lot of sex—the parts we tend to skip to or reread—because if they had sex early on there would be no way to maintain the sexual tension.  But what if the sex was what created the tension? What if the sex scenes were the moments when guards went down and walls fell, when the story really moved forward? That’s what we wanted to do. Only 20% of the original fic went into Beautiful Bastard, but it has the same feeling, the same fire. If you loved the original you’ll love the book.

Christina: There are different things we love about each of the guys: Bennett’s fire, Max’s sweetness, Will’s sexy playfulness, Niall’s tender heart. This is Christina answering this one, so I can say Lo’s favorite boys would probably be Niall, Will, and Oliver. Though she writes Bennett like nobody’s business. My absolute favorite is Ansel; we wrote Sweet Filthy Boy and I wanted to know why Ansel wasn’t real (I mean what? Of course he is). But then we started Wicked Sexy Liar . . . it’s possible Luke has now stolen my heart.

Where does the magic happen? Do you both write in home offices or on the road, or both?

Christina: Lo writes in her office at home, but a lot of people would probably die if they knew how much she writes on her phone, too. The key to writing for Lo is that she writes when she has the time, AND inspiration. She’s always emailing herself sections she’s quickly typed up when an idea hits her. I (Christina) almost always write in my office. I’m not a good drafter when we travel or even at Starbucks. I need to be in a cave with no social interaction or distraction at all. Though, some of my best sex scenes have been in the middle of the night when I’ve fumbled to type something on my phone. Moral of the story: phones are awesome.

You probably get this a lot, but what is your writing process like?  Even-Steven, or you both bring different skills and talents?

Christina: We’re working writers, which means we treat it like it’s our job. We have a schedule and we stick to it. We outline a book in person and then divide it by chapter, POV, or scene, then trade. Sometimes there will be something we know the other person will knock out of the park. Lo can write the emotional heart-clench scenes that leave me in a puddle on the floor. An example would be the moment Max finds Sara in his bathroom at the end of Stranger. IT KILLS ME. When we’re done drafting our sections we trade and edit, compile and edit, edit, edit, edit, and oh, edit again.

Although you are widely known for your work as a team, are there other books from you as individual authors that we should look for? Do you even focus on your individual works?

We love writing together and consider ourselves the luckiest women in the world to be able to have this job AND write with our best friend. If one of us wanted to do something without the other, we’d be there with the biggest set of pom-pom’s imaginable. But for now—and the foreseeable future—this is exactly what we want to be doing. Team CLo all the way.

What is on the horizon for Christina Lauren and the movie version of Beautiful Bastard? Any news when it may be cast and filmed?

Next year we have Wicked Sexy Liar (Feb 2016). We have a lot more coming, but all of it is a secret for now. As far as the movie, things are rolling right along and we hope to have something to share soon! 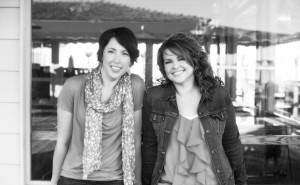 Find out more about Christina Lauren at their website.