The Color Purple: The Revival is a Stunner!

The revival of The Color Purple in all its monochromatic color schemes is a stunner. By playing down the set and keeping everything extremely simple, the story and the performances are given the space to shine. Set in Georgia between 1909 and 1949, the show explores themes about the brutal way young black girls and women were treated, enduring love, redemption, forgiveness and empowerment. I can think of no better show to see, especially around the holidays, as the central character of Celie goes through a re-birth of sorts, and is transformed into a woman who can experience and provide profound joy after being so harshly treated in her early years.

The cast, each and every performer on stage, is superb. Academy award winner Jennifer Hudson makes her Broadway debut as Shug Avery.

Her voice is powerful, and yet on stage, she seems a bit shy and hesitant in the role. No matter, she sings beautifully and is a fine  partner to the show’s undeniable star, British actress Cynthia Erivo, also making her Broadway debut. 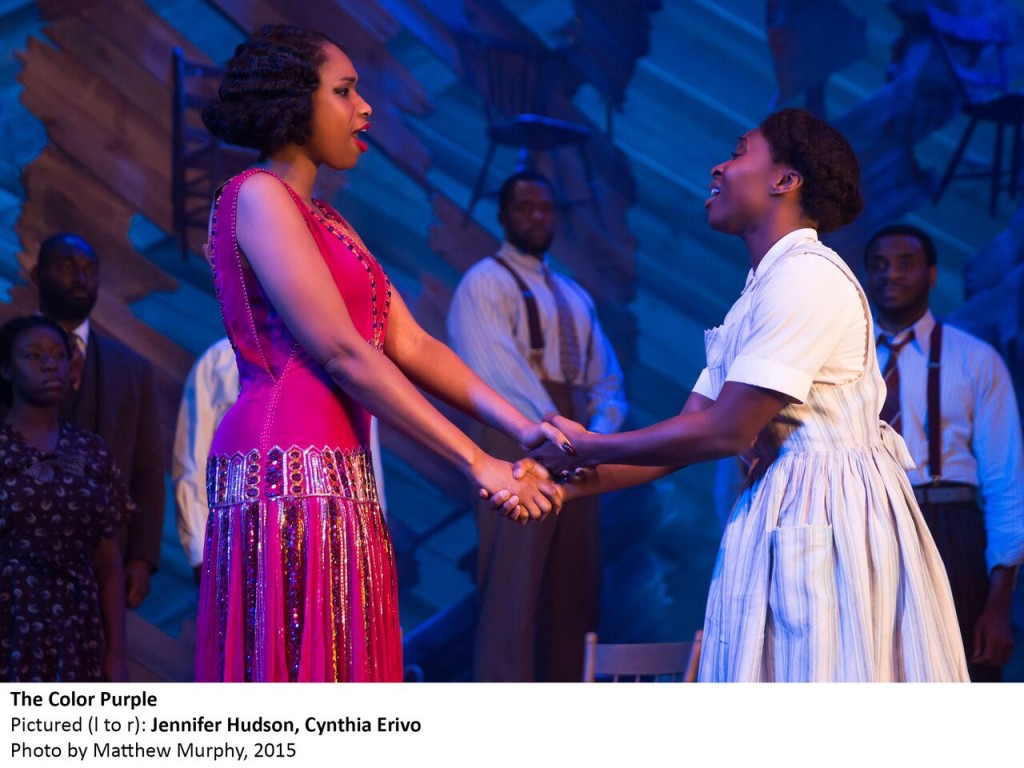 What to say about this astounding woman?  This version of The Color Purple simply  belongs to Ms. Erivo. She gives the kind of performance that has you sitting on the edge of your seat, and it feels as if your heart is stopping as she sings with incredible  power and sensitive vulnerability at the very same time. Cynthia is the full package, and although very diminutive in stature, she is a huge, huge presence on stage.

Rarely do we see audience members leap to their feet during a performance. A standing ovation for Cynthia during the show takes place. She is perfection, and without a doubt, a Tony contender. 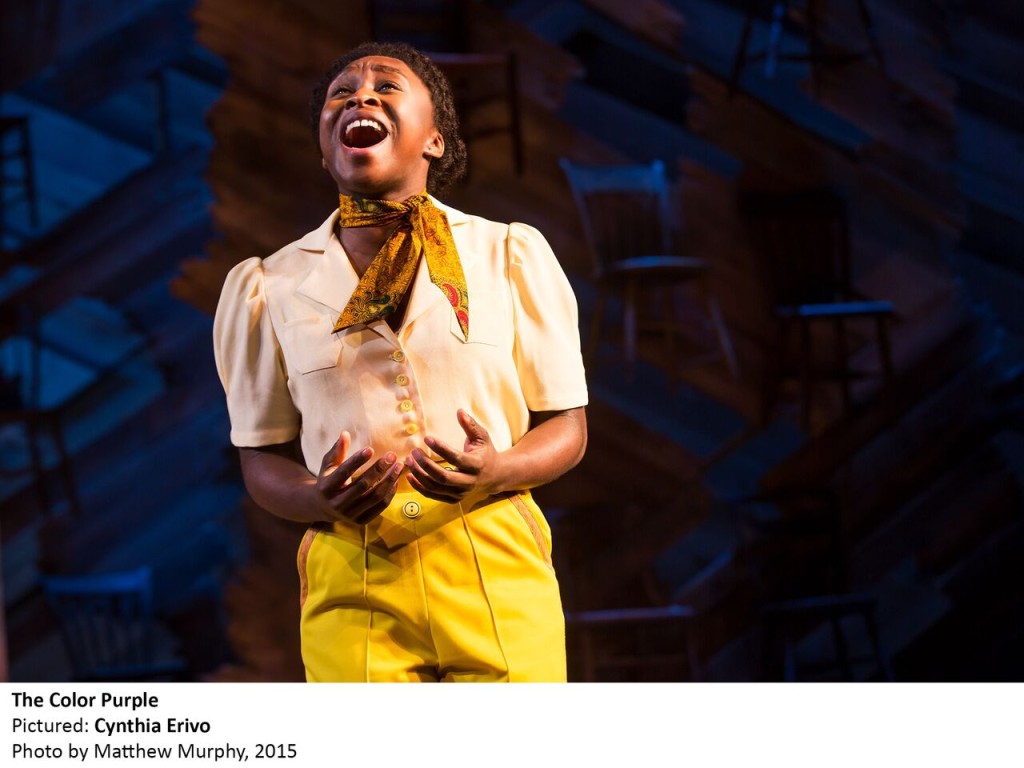 A third main character is Danielle Brooks, playing Sofia. She is known for her role in “Orange Is the New Black” and is also making her Broadway debut. Danielle is funny, charming and a fabulous singer as well.

Isiah Johnson as Mister, Kyle Scatliffe as Harpo and Joaquina Kalukango as Nettie round out the other fabulous principal performers.

With music and lyrics by Brenda Russell, Allee Willis and Stephen Bray and book by Marsha Norman, this production will take you on an emotional journey and leave you soaring.
Director John Doyle also created the set design and is credited for the musical staging. He clearly had a vision of what he wanted to bring to this production, and boy did he bring it.

Stunning, powerful, uplifting and gorgeous, The Color Purple will take your breath away.