The Empowering Perks of Steamy Fiction 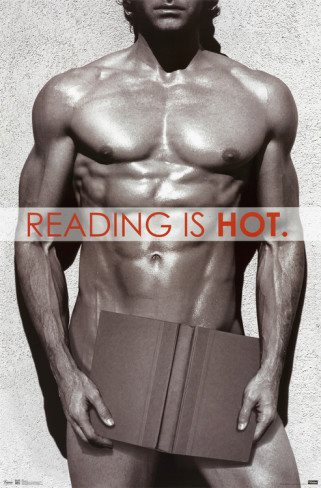 K. Bromberg, The Driven Series: “Women are no longer embarrassed to talk to other women about sex. Women are now reading these scenes in explicit detail, becoming comfortable with the terms and new ideas, and then suggesting them to their partners. What better way to spice of your relationship that has turned predictable over time than to try new things? The mere fact that women realize they can be classy and modest as they were always taught they needed to be, and at the same time be little vixens in the sack is extremely empowering to the woman herself and to the gender as a whole. This genre has given women confidence, a newfound sense of self, and allowed them to read about fantasies they once might have thought about but never dared to ask their significant others to try. Now, they are reading a scene, seeing it play out, and then figuring out for themselves if it really is something they want to try. How cool is that?”

Lauren Billings, half of the writing team of Christina Lauren, The Beautiful Series:  “Every day Christina and I sit down to write, we work to dispel the idea that romance is about women being self-indulgent. Romance novels allow women to reflect, to escape, to play, to learn. We want women to feel powerful in every facet of their lives, and when we write our erotic romances, we embrace women as strong, opinionated, sexual beings. Women dominate in our ability to create connections, to relate to others, to form communities. It stands to reason that we love books about the fantasy of love, of friendship, of sex. Each of us has our own path in life, with friends and family and lovers, but how much fun is it to read about different experiences? I like to think it’s just like my father reading about new civilizations on Mars–a boss falling in love with his headstrong, ambitious intern is a frontier I’ve personally never explored, but I love to think it exists.”

M. Leighton, Bad Boy Series: “I have gotten loads of feedback from women telling me how much acting out the scenes from my books has enriched their love lives or how the material has encouraged them to be more creative. And too many times to count, I’ve gotten messages from women saying their husbands thank me. While that is humorous, it seems that kick-starting the libido with sensual reading can end in some fun time between mates. Pleasurable reading followed by pleasurable exploration. I call that win-win!”

Michelle A. Valentine, Black Falcon Series: “I believe the steamy romance novel craze has helped women in expressing their own sexual desires to their partners in a healthy way. Reading these novels give them a sense of empowerment over their own physical needs and allow them to know they aren’t alone—that it’s okay to want a fulfilling sexual relationship. I can’t tell you how many times readers have told me that their husbands thank me. It’s nice to know that not only have my stories entertained them, but have improved their quality of life as well.”

Nicole Edwards, Club Destiny Series: “In my opinion, embracing fantasy, especially in books, is important for the simple fact that it allows us to let go of the day-to-day stresses of our regular routine. It offers us an opportunity to get lost in something that could potentially be so far outside of our reality that we may not recognize it, but that doesn’t mean we shouldn’t experience it. In fact, opening ourselves up to these new things is how we got to where we are today.  One of the greatest things that I’ve heard from readers was that my books help to turn things around in the bedroom. It makes my heart smile to know that not only have they gotten lost in the characters, or enjoyed the story, but they’ve received something more tangible from the book.”

Tali Alexander, Love in Rewind: “Fantasy is a mental vacation. When a woman escapes into a romantic novel, she doesn’t just get to be a voyeur she actually gets a chance to mentally morph into a new character. She may be a mother of two with a pile of laundry and a tired husband, but in her latest fictional journey she briefly leaves her ordinary world and gets to be a young socialite, or perhaps a powerful dominatrix, or better yet a naïve virgin catching the attention of a millionaire. We live vicariously through books and get to enjoy many lives without leaving our homes.” —

Laurelin Paige, The Fixed Series: “It’s [erotic romance] the next frontier for feminism. We have broken so many boundaries in the last century or so, but there is still such a stigma regarding sex and women. It’s different for men. Women aren’t supposed to feel sexy or lose their virginity or want to have a sexual relationship. These books are taking us where our minds and hearts always have been, making it more acceptable and comfortable for us to be the sexual beings we were born to be. I also find that the stories can help strengthen relationships. Women need some downtime and relaxation before getting in the mood. Books can help women do that. Reading and writing them has certainly strengthened my marriage!