The gorgeous “King and I”

…Plus a special offer for Dinner with the Boys.
The revival of the King and I at Lincoln Center is beautiful, lush and evocative of another era. Always fabulous Kelli O’Hara is the perfect Broadway star to take a classic role and make it her own.

Rodgers and Hammerstein’s story of a British school teacher who travels to Bangkok to tutor the King’s many children, and finds herself in a strange world of odd customs as well as an unusual relationship that forms between her and the tempestuous King of Siam is a beloved tale.

In many ways, this 1951 musical was ahead of it’s time, crafting the story line of a strong woman facing a culture of (numerous) polite and obedient wives. The complexity of the chemistry and bond that she has crafted with this ruler makes the story even more compelling. 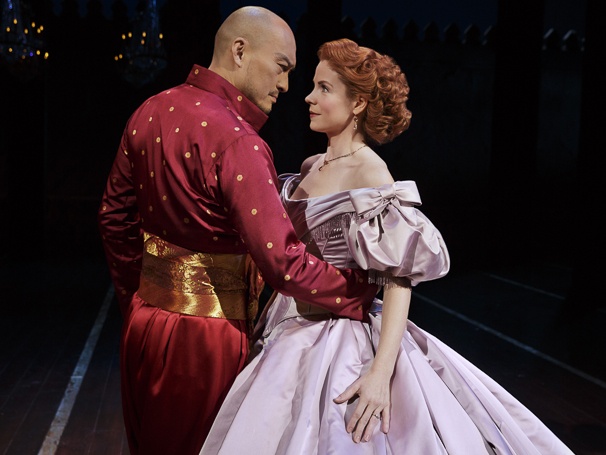 Ken Watanabe and Kelli O’Hara in The King and I at Lincoln Center Theatre Photo credit: Paula Kolnik

Ken Watanabe cuts a powerful figure as the King, and the 51 cast members, including a patch of adorable children, round out this stellar cast.

Rodgers and Hammerstein’s songs like Shall We Dance, Getting to Know You, and I Have Dreamed are those you can sing along with, the lyrics somehow magically embedded in the recesses of the mind.
With gorgeous choreography by Christopher Gattelli and a formally dressed orchestra, The King and I is a nostalgic foray into old Broadway. The fabulous creative team includes Michael Yeargan, set designer and Catherine Zuber, costume designer with lovely direction by Bartlett Sher. 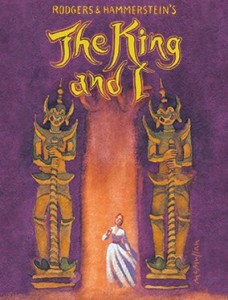 The King and I is nominated for 9 Tony Awards, and just recently announced an open run.

Dinner With The Boys, written by and starring Dan Lauria, is a wicked black comedy about the mob, their friendships, and the best way to make a sauce. Since food is a central theme in this off-Broadway play, producer Pat Addiss has packaged a great dinner and a show deal on Tuesday nights.

For $129 per person, you get to see the show at 7 PM at the Acorn Theater (410 West 42 Street) followed by an actual full dinner with the cast of Dinner With the Boys at Tony’s Di Napoli Times Square on 43rd Street at 9 PM. Yep, you can dine with stars Dan Lauria, Ray Abruzzo and Richard Zavaglia and enjoy numerous dishes including calamari, veal marsala, rigatoni with mushrooms, eggplant parmigiana, and many more items, plus dessert and one glass of Chianti.

Then there is Nonna Wednesdays for the matinee crowd. Ticket buyers who use code TRNONNA will receive a discounted ticket and complimentary bottle of Jersey Italian Gravy for the Nonna in their life. “Nonna” is the Italian word for “grandmother. (Note: I have tried this artisinal sauce and it is excellent!)
Mangia!