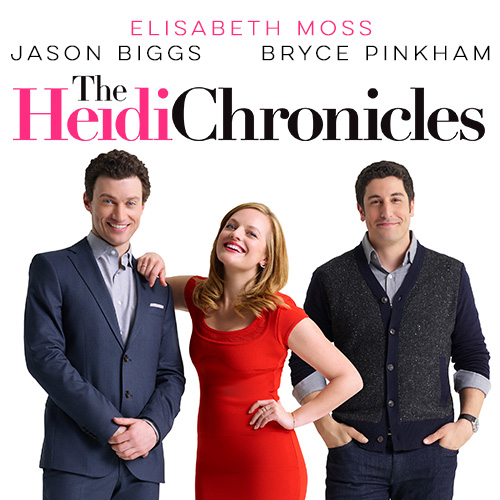 Wendy Wasserstein was a great and important voice in American theatre. She left us way too early, but her impressive body of work remains.

You can see one of those works in a revival of The Heidi Chronicles, starring the well cast trio of Elizabeth Moss, Jason Biggs and Bryce Pinkham now playing at the Music Box Theatre. Originally produced in the late 80’s, it received the Pulitzer Price, Tony, and New York Drama Critics Award for best play in 1989.

Just as the title indicates, the play chronicles a young woman’s life, her passion for art history and women artists who have not received their due in the art world. We are introduced to the men she meets and loves, and find out about her friendship with other women. Set against the iconic decades of the 60’s, 70’s, and 80’s, the question remains, is Heidi really happy? What is the truth about women and how they walk the world, and how do men fit into the picture? The story line about the lifelong friendship Heidi has forged with her best friend Peter, a man who is probably her soul mate, (played by the fabulous Bryce Pinkham) is touching and beautiful. Also there is the love affair that Heidi falls into with the abrasive, yet uber intelligent and confident Scoop Rosenbaum (Jason Biggs) which lasts much longer than even she can understand. 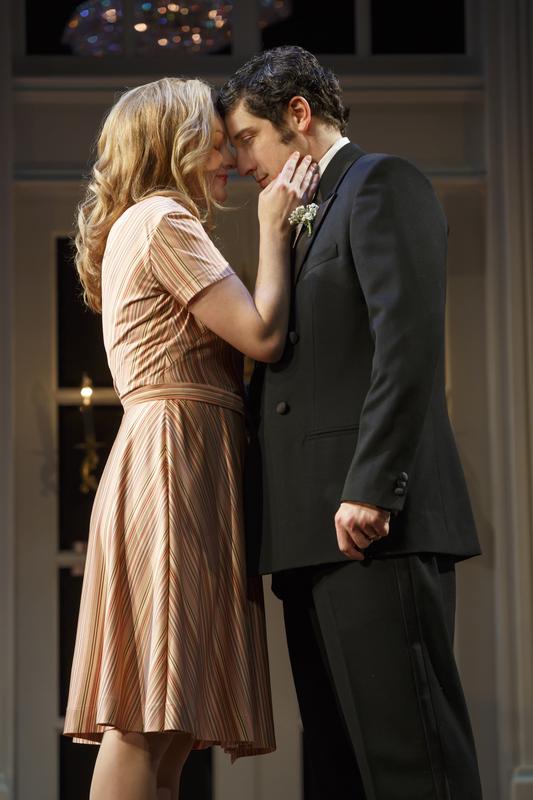 The play opens in New York in 1989 with Heidi delivering a lecture about women artists, and then flashes back to her early days as a young student. We see the arc of her life and the origins of the passion for her work. Music, video, clippings, costume and scenery herald the various transitions into each new decade.

Wasserstein’s writing, both in the form of dialogue and long speeches, seemingly reflects the feelings of women in a very authentic way. It certainly is a great play to attend with your best girlfriend or sister. There is a fabulous and poignant speech in the second act that Heidi delivers at an event that is, to me, the best text in the play. Elizabeth Moss shines when she is solo on stage as a lecturer and speaker.

Directed by Pam MacKinnon, who was the brilliant director behind Who’s Afraid of Virginia Wolf a few seasons back, this piece could use some swifter pacing.Some scenes fell flat with snappy comedic timing occasionally missing. There seem to be some dead spots that drag, and maybe cutting some of the dialogue would even help. Still, the play does entertain and provoke, and the acting by the three principals and the cast is top notch.

The Heidi Chronicles plays through August 9.