The Iceman Cometh is a hot ticket, deservedly so, with a cast of fabulous character actors directed by the iconic George C. Wolfe, with star Denzel Washington as the central character, Hickey.

Eugene O’Neill’s classic play, steeped in alcohol, with men (and a few women) bonded by their broken dreams and mis-spent potential, is provided the opportunity to breathe a little with this production.

About four hours in length, with dialogue focused on the characters’  issues, past experiences, and anticipation for Hickey’s expected arrival, we know that something big is going to occur.

When Denzel finally takes the stage, the energy suddenly shifts. It is purposeful in the direction, for sure, but when you have an actor like Denzel Washington as your star, it also just happens.

I remember attending Fordham University in the Bronx, back in the day. I was part of the acting troupe there, the Mimes and Mummers. Word traveled from Fordham’s Lincoln Center campus (the home of the university’s theatre program) that there was this Fordham student, performing in a Fordham production of one of Shakespeare’s classics – I think it was Othello- and that this kid, named Denzel Washington, was an extraordinary actor. Rumor had it that he was picked up by an agent in the audience at that very production.

So, Mr. Washington has had that “it” factor, that stage presence, that unmistakable charisma since he first stepped foot on the boards. And in this production, his energy just crackles and explodes. 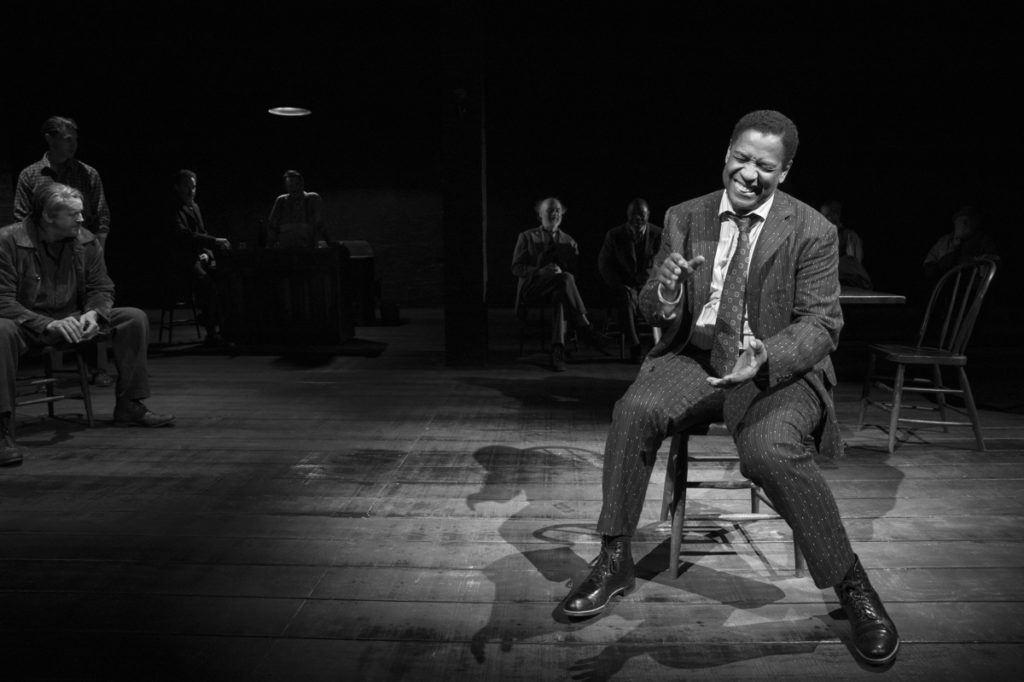 A tour de force of ensemble acting with each actor so well cast, The Iceman Cometh is certainly a must-see for fans of theatre. 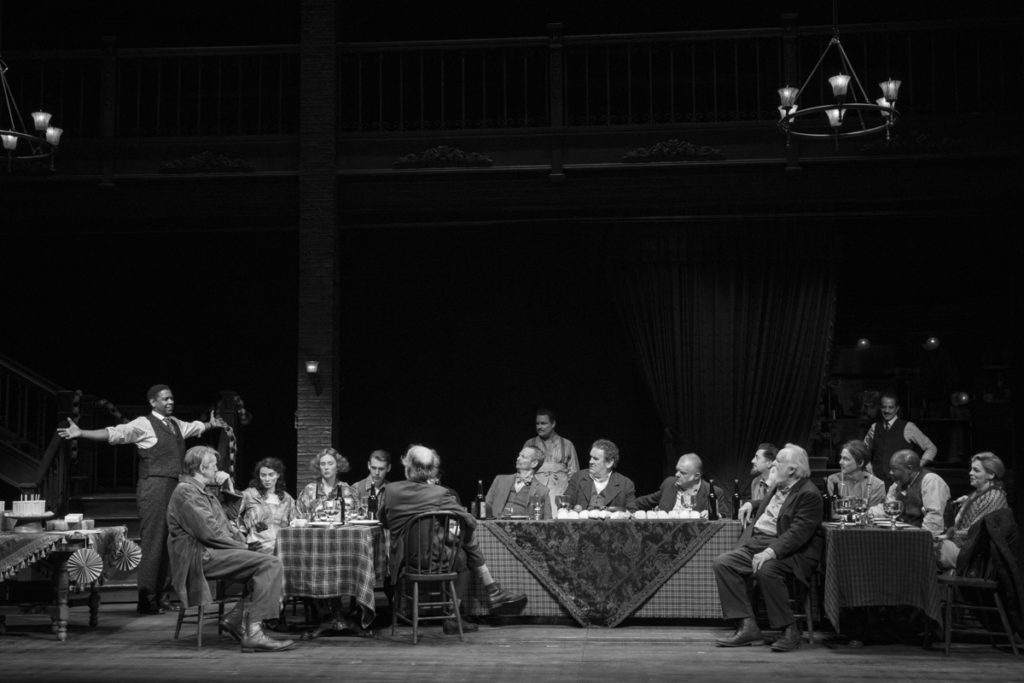 Although Act 1 is the one that drags the most, once the first intermission takes place, Act II picks up the pace.

When Hickey arrives, all spiffy and cleaned up, ready to motivate his fellow barflies to wise up, straighten up, and get up and out to live their lives in the real world, we know that some ominous information awaits.

That information is revealed by Hickey himself in a brilliant directing move by Mr. Wolfe. As Denzel sits in a chair, facing the audience, explaining what has occurred, you know why you came to see this O’Neill play, set in a dingy bar on the West Side of New York, in 1912.

Hurry before it closes July 1.   http://icemanonbroadway.com/