The Secret To Beating Procrastination

“Indulging yourself at the expense of something you’re already committed to doing may feel like self-care, but you’re just stealing time from yourself.”

I’ve saved the best for last … or have I?

There are two kinds of procrastination—the one that we’re all familiar with is avoiding things we don’t want to do.

The other flavor is often wrapped up in one of our 200 Lies and sold to ourselves as ‘self-care’. And the story sounds like this:

“I work so hard and I never get any time for myself. I am just going to take 5 more minutes for X and then I promise I’ll get to Y (Y being whatever you’re procrastinating doing) right away.”

You may even toss another lie on that pile by telling yourself you’ll make up the lost time you just stole.

You’re starting off late which basically wipes out any yumminess you may have just enjoyed from your previous activity.

Now, you could pre-arrange to extend the first activity and push back the start of the next activity—that would actually be planning and adjusting deadlines and expectations—but that’s not what I just described here.

What I illustrated above is a little bit of time theft you’re doing to yourself. You’re stealing time from one activity and giving it to another, without acknowledging any consequences.

When it’s time to pay the theft back, it will have ended up costing you more than if you had just planned for it and taken the steps necessary to rearrange your start and end times.

The notion that it’s better to ask for forgiveness instead of permission is also bullshit.

When did it become ok to run roughshod over OTHER PEOPLE’S boundaries in selfish service of our own rather than being an adult and asking for permission OR alerting the other person to your intentions without asking permission but still before the thing happens.

That way they retain the option of saying yes or no, and adjusting their schedule and any expectations.

Wouldn’t you want someone to offer you that courtesy if the shoe were on the other foot?

On to the more familiar form of procrastination—clear and willful avoidance.

I love it when folks try to spin procrastination into some sort of strategy.

It would be so much better to just say you don’t want to do something and let that be enough.

Remember, ‘no’ is a complete sentence.

If the task is not aligned with your values, then it’s hard to see why you would be doing it in the first place.

Which doesn’t mean that you have to love every task that is in alignment with your values.

And of course, if the task you’re avoiding is a work task and you aren’t the boss, it could be that what you value is your job and your ability to pay your bills and meet your financial responsibilities.

So can you live with the consequences of saying loudly and clearly, and with conviction, ‘no?’

If you can’t, then you should suck it up and do the task.

If you can, then cross it off your list and stop dragging it around behind you.

Wouldn’t it be more efficient and kind to yourself to just either do it, delegate it or just release it?

REASONS WHY WE PROCRASTINATE

Here are just a few of the reasons why people put things off.

See how many you’ve used in the past 30 days to delay doing something.

Hope it will go away

Someone else will do it

Fear of the outcome, either good or bad

Fear of too much space or time

Fear of others’ judgment

Not knowing where to start

Living in a fantasy

Because the task is easy

Not knowing where to start

Waiting for the perfect time

Too confused to start

Not sure how to start

Not sure where to start

Something better to do

Resenting the person who asked you to do it

You don’t think it’s your job

You don’t want it to be your job

Prefer to do other things

A sense of entitlement

You love to push right up to the deadline

If you have heard of this expression, that’s great.

If you haven’t, watch this video. It’s silly but it illustrates the point.

This phrase was coined by Mark Twain and then made popular by Brian Tracy.

The idea is if you eat a live frog first thing in the morning, the rest of the day can only get better.

Of course, it’s a metaphor—you don’t literally have to eat a live frog.

What you do have to do is the thing that is the most distasteful to you.

Now while you’re reading this blog and you don’t have a frog sitting in front of you, it probably sounds like a great idea.

The trick is to remember this when you are actually staring down your next frog.

And there is a trap here as well.

No amount of decoration or slicing and dicing the thing is going to change the fundamental nature of the frog. So leaving the metaphor behind, whatever mental gymnastics you’re going to play with yourself about doing something that you don’t want to do is just wasted time.

To use another metaphor or story as an illustration—we have probably all had the experience of standing at the top of a high diving board and hesitating running to the end, bouncing once or twice and then diving into the pool.

You can pace back-and-forth on that diving board for as long as you want until somebody starts coming up the ladder behind you and then you either climb down the ladder, humiliated, or you can psych yourself up enough to run to the edge of the board and throw yourself off into the pool.

It’s the same thing with any other task.

What I want you to take away from this is this:

All of the pacing back-and-forth, all of the negotiating with yourself—if ultimately you are going to do the task anyway—is wasted time.

Time which you cannot get back.

So how much time do you want to waste talking yourself into doing something that you’re ultimately going to do anyway?

That’s the question to ask yourself. And pay attention if you start to tell yourself one of your 200 lies as a justification for the wasted time.

It’s glaring in this circumstance to see how self-destructive and undermining that behavior is—but it’s just as detrimental anyplace else you are making a similar choice.

There are two kinds of procrastination: the avoiding kind and the indulging kind.

They both undermine your ability to be productive and effective—they just have different flavors.

That would just be bullshit.

If you can’t get out of doing it, either by removing it from your list or delegating it to somebody else, then you’re going to have to do it yourself.

Using a buddy to hold you accountable is a great way to move quickly through something you don’t want to do.

But ultimately, if you have to do it, the smartest most productive choice is to just do it.

If you’re ready to Call Bullshit on Busy and stop wasting time, please join us in the Rapid Results Coaching Program.

You’ll get the tools you need to confront your less productive choices AND an accountability buddy who will provide additional support when you want to bail on yourself.

Why wait another minute to not get the guidance and help you need to maximize your time and minimize your stress?

One of the pioneers of professional organizing and productivity, Andrew Mellen is the best-selling author of Unstuff Your Life!. He travels the world speaking, teaching, and coaching individuals and global brands including the New York Mets, Genentech, American Express, Time, Inc. and the Metropolitan Museum of Art. 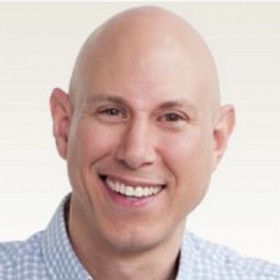 Andrew Mellen has been called “The Most Organized Man in America”. His message is simple: Get rid of clutter and everything opens up. Everything means everything—your workspace, your home, your time and your life. Without clutter to distract you, you will finally have free time for what matters.

One of the pioneers of professional organizing, Andrew travels the world speaking and teaching. He also works with individuals, and global brands including the New York Mets, Genentech, American Express, Time, Inc. and the Metropolitan Museum of Art.

He is passionate about organization, sustainability, and mindfulness, and lives by his motto: More love, less stuff!

Find out how Andrew’s expertise, compassion and sense of humor can help change your life and your relationship with stuff today. http://www.andrewmellen.com