Wallis Annenberg Center for the Performing Arts has transformed its Lovelace Studio Theater into a 150-seat intimate performance space for Dec/Jan and is offering a series of cabaret, comedy, music, and other live events to complement its theatrical season. The Sorting Room, which was actually the mail sorting room of the historic Beverly Hills Post Office creates “a new cool late night experience, bringing audiences together with an extraordinary mix of artists in an extremely intimate setting,” says Paul Crewes, The Wallis’ artistic director. 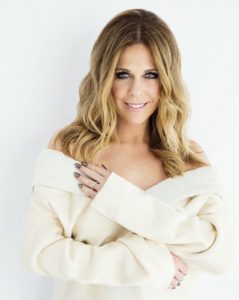 Tonight Rita Wilson will perform a concert featuring her original songs at 8pm. She’s a tomato whose first love is music but she is best known for acting in films like It’s Complicated and Sleepless in Seattle and as producer of My Big Fat Greek Wedding. She has quickly gained a following as a singer/songwriter with her insightful, eloquent pop style. Tickets are still available at www.TheWallis.org or by calling 310-746-4000.

Check out the rest of The Sorting Room’s upcoming performances and book one as a ladies night out! It’s a great way to make sure you take time to enjoy the holidays.

Kerrigan – Lowdermilk & Friends (Dec 17). The award-winning musical theater duo Kait Kerrigan and Brian Lowdermilk and a lineup of talented friends get together for an exciting evening celebrating the future of musical theatre.

Salastina Music Society’s Chamber Messiah (Dec 18). This intimate journey through the spirituality and timeless splendor of Handel’s Messiah will give audiences a deeper understanding of why it is so enduring. The festive holiday edition of Sound Genius includes a “Hallelujah Chorus” sing-along and Christmas cookies and libations.

Megan Hilty (Dec 20 & 21). Megan Hilty and her 4-piece band will perform traditional and brand new arrangements of holiday tunes from her new Christmas album in this festive evening of entertainment.

Get Lit’s Dante (Jan 3). Inspired by Dante’s Inferno, this contemporary hip-hop musical mixes classic poetry spoken word, music and choreography to explore timeless themes of greed, love and longing. Co-written by Get Lit’s Literati Fellows – a troupe of young poets who serve as ambassadors for education and arts empowerment across Los Angeles and beyond – with inspiration from Hamilton and Get Lit’s former mentor Daveed Diggs.

The Langston Hughes Project (Jan 4). A joyous multimedia concert performance in music, spoken word and visuals of Langston Hughes’ kaleidoscopic jazz poem “Ask Your Mama: 12 Moods for Jazz,” Hughes’ homage to the struggle for artistic and social freedom at home and abroad at the beginning of the 1960s.

The Nouveau Mid-Century Romance Songbook (Jan 5). Internationally celebrated vocalist Ty Taylor invites audiences to a sophisticated swinging evening of new American Jazz standards that will sweep the body and soul away to a time when lush was life and romance was king. 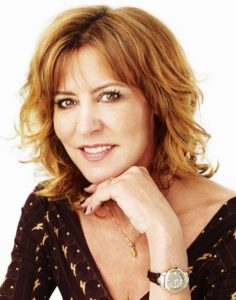 Christine Lahti (Jan 6).  Oscar-winner Christine Lahti returns to share stories from her personal and professional experiences, including a time where she was told that to obtain acting work she would have to engage in sexual relations with a director, and a heartrending story about navigating the downward spiral of her mentally ill younger sister. Like the tales of Anne Lamott and Spalding Gray, Ms. Lahti’s stories are funny, bittersweet and very human.

Freda Payne (Jan 7). Payne got her start singing with the big bands of Duke Ellington and Quincy Jones. Known for her R&B hits Band of Gold and Bring the Boys Home, as well as the Broadway musical Jelly’s Last Jam and her tribute to ELLA. Join Payne for a treasure trove of R&B and Jazz classics in an intimate setting.

Slade (Jan 8). If you didn’t hear B. Slade in The Wallis’ recent production of For the Record: Scorsese: American Crime Requiem, you’re in for an amazing night as he showcases music from the upcoming “black belt mix-tape” and fan favorites from the B. Slade catalog.

Ethio Cali (Jan 12). Led by trumpeter, arranger, and composer Todd Simon, the Los Angeles-based Ethio-jazz ensemble continues its exploration of African Jazz, inspired by the golden age of Ethiopian music of the 1960s and ‘70s. Filtered through a lens that is uniquely Los Angeles, their sound simultaneously draws inspiration from the rhythmic and melodic textures across Africa, Central & Latin America and the Caribbean.

Improv Co-op presents Immediate Theater (Jan 13). You’ve seem improv before, but not like this. Dan Castellaneta (the voice of Homer Simpson) and Deb Lacusta bring together an amazing company of seasoned improvisers such as Bernadette Birkett, Michael Bernard, Rick Hall, Lance Kinsey, Sean Masterson, Jeff Michalski, Jane Morris, Paul Sand and Jonathan Stark for an incredible evening that will leave you rolling in the aisles.

Tickets for these and all performances are available at www.TheWallis.org.