The Vyne — Tales of a Tudor King and a Roman Ring 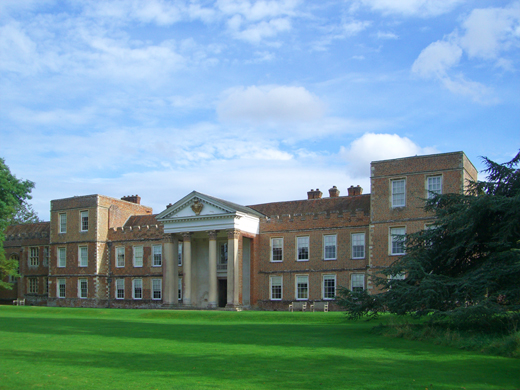 The Vyne was originally built as a great Tudor “power house.” King Henry VIII stayed here on at least three occasions, accompanied by Anne Boleyn in 1535. Later, Henry’s daughter Queen Elizabeth I visited The Vyne and demonstrated her grasp of royal power—during her stay she signed the death warrant for Mary Queen of Scots. 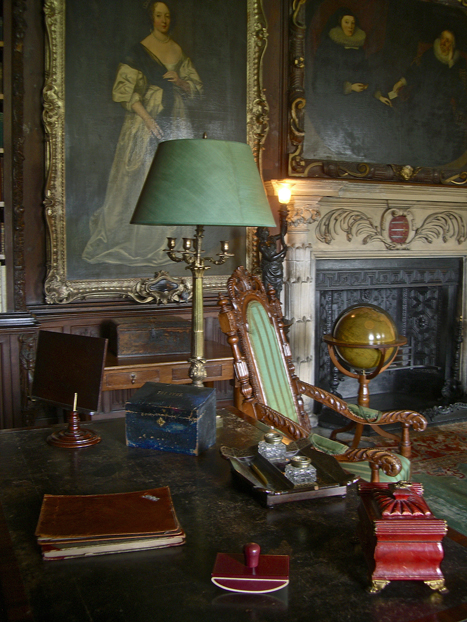 The library at The Vyne
Photo © David Stewart White

More than 125 years ago, Vyne owner Chaloner W. Chute penned an extensive history of the property. This excerpt appeared in The Saturday Review of Politics, Literature, Science and Art:

…toward the end of the [18th] century a gold Roman ring was dug up in the immediate neighborhood of the Vyne, engraved with the head of Venus, and the words [in Latin] “O Senecianus, mayest thou live prosperously!” In this fact there is…nothing extraordinary, but the sequel to the story entitles it to rank among the most curious of coincidences.

At Lydney, in Gloucestershire, 70 miles from the Vyne, a small leaden tablet [was] found among the ruins of a temple dedicated to Nodens. Rudely scratched upon it were these words, which seemed to show that it was the mode of advertisement adopted by Silvianus to recover the ring found so many years afterwards in the grounds of the famous Hampshire house. “To the God Nodens: Silvianus has lost a ring. He has vowed the half to Nodens if he recovers it. Among those who bear the name of Senecianus, to none grant health until he bring the ring to the temple of Nodens.”

After 15 centuries the [reasons] Silvianus claimed this ring can only be conjectured. Perhaps it [was given] in token of friendship…or it was lost in a wager and unfairly kept…One thing only is clear, that Senecianus, thinking that possession was nine points of the law, declined to part with it; and it has been suggested that he had his name engraved upon it, accompanied by the wish for his own good health, as a kind of countercharm to the inscription on the tablet. 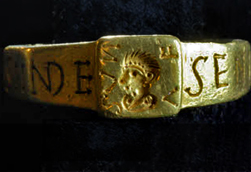 The faceted 10-sided Roman ring described in this 19th century passage is now referred to as The Vyne Ring. It has been on display at The Vyne for some time, where it resides in a small glass case in the library, along with a replica of the lead tablet. With all the other art and artifacts in the room and the house, a visitor might pass by the small ring without a second glance.

So what does this story and this particular ring have to do with author J.R.R. Tolkien, who wasn’t even born until four years after this history was published? In 1928 archaeologist Mortimer Wheeler was conducting further excavations at the Roman ruins at Lydney. It was here that Wheeler learned about the two related finds in the late 18th century: the ring and the leaden tablet. Oxford don and linguistic scholar J.R.R. Tolkien was an advisor to Wheeler on the finds at Lydney. Certainly, Wheeler would have shared such a fascinating story with Tolkien, who eventually published an appendix to Wheeler’s work. Inspiration for stories can come from many sources. Most who hear the history of The Vyne Ring agree that it may well have been an early inspiration for Tolkien’s Lord of the Rings series. 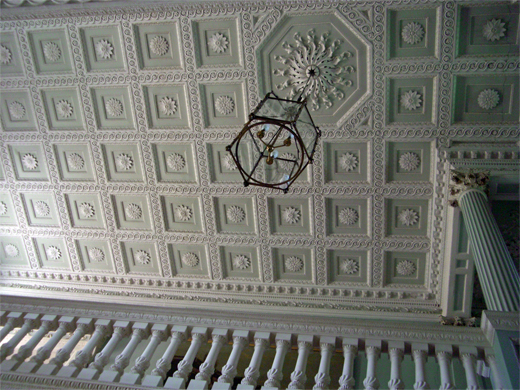 The Vyne also has a Jane Austen connection. Caroline Workman was adopted by Eliza and William Chute and lived with them at The Vyne. Caroline was a friend of Jane Austen and is said to have inspired the character of Fanny Price in her novel Mansfield Park. Jane’s bother James, who was rector at a nearby church, married Eliza Chute’s niece, Emma. Workman left detailed diaries about her life at The Vyne.

You can almost imagine one of Austen’s characters descending the staircase in the entrance foyer. The entry was designed and built by John Chute in the 1770s. The color and design of the ceiling is one of the most pleasing features in the house. 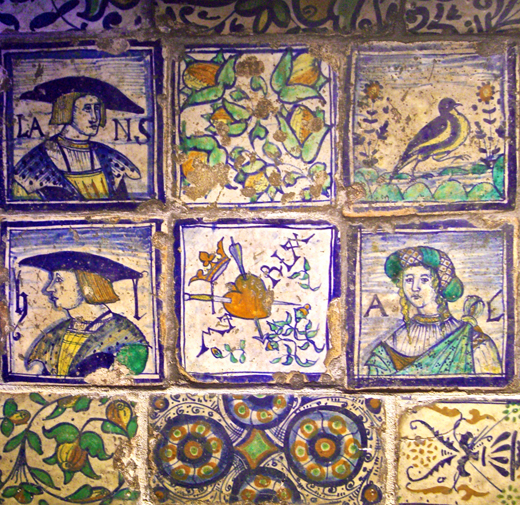 Don’t miss
The Tudor chapel attached to The Vyne is spectacular. The original carved paneling is filled with details featuring the crests, emblems and designs of families and royalty. The 16th century Flemish Majolica floor tiles are decorated with many designs and patterns. The Renaissance stained glass windows — among the few that survived the Reformation in England — may be the most beautiful element of the chapel, especially on a sunny day.

The Summerhouse in the garden is possibly the earliest domed garden building in England, dating from 1632. Originally it had an upper level for better views of the garden. It was ornately decorated with plasterwork and richly painted. Over the years it was used as a banqueting house, a lust house (for risqué entertaining), and a dovecote.

Site specific
The Vyne is a National Trust property located near Basingstoke, Hampshire about 50 miles southwest of London. Highclere Castle is just a 30-minute drive from The Vyne.