Theater: Caroline or Change at the Roundabout 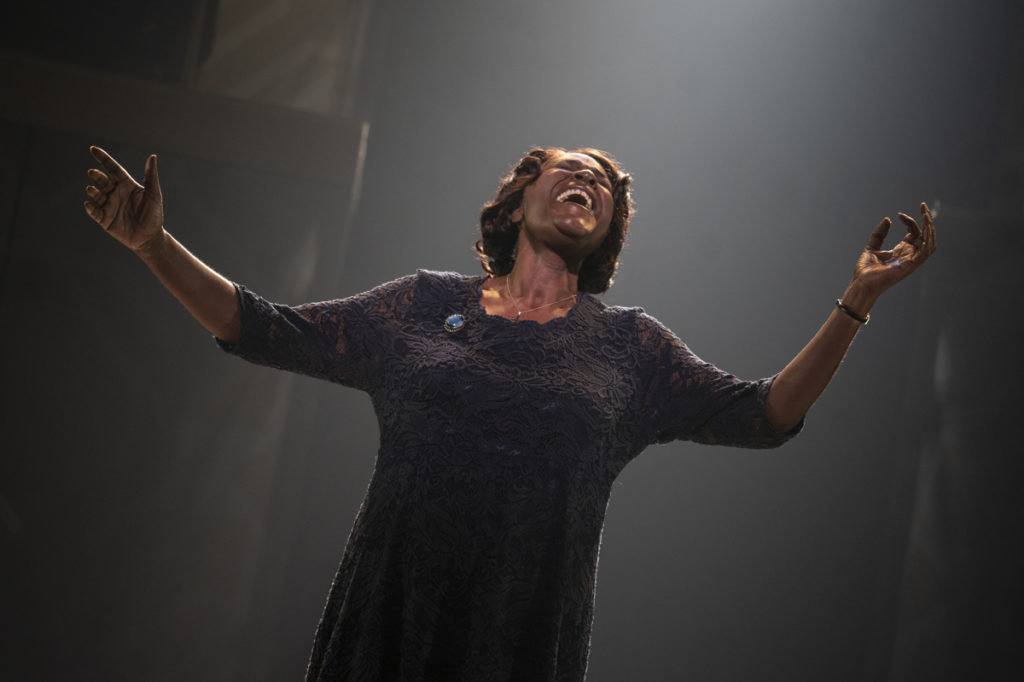 Caroline or Change, written by Jeanine Tesori and Tony Kushner, is a musical that originally opened on Broadway in 2004, and is now enjoying a revival at the Roundabout Theatre.

I will make the plot as simple as possible.

Caroline, a maid employed by a Jewish family in Louisiana in the early 1960’s, is relegated to the basement laundry room where her main job is to do the laundry.

Noah, the young boy in the family, who recently lost his mother,  is fascinated by Caroline. His new stepmother is trying her best to fit in and be motherly to her stepson. She is focused on the loose change, left in the pocket by the young boy.

And, the change, a central part of the story, represents a lesson in responsibility, ethics, and temptation, as much as it points to class divide.

Race relations is an important theme in the play, as it is set against the civil rights movement. All these pieces are part of a weirdly patched together story, complete with inanimate characters that come to life in song. It is a mixed bag of musical styles, with an enormously long score, as most of the show is sung, operetta style.

And after a while, with endless music that was just not hitting the ear right, I tuned out.

A washing machine, a dryer, a radio, a bus, and a moon are all characters. Every so often, the ethereal and beautiful moon (played by the fabulous N’Kenge) is flown above the stage, providing inspiration and hope in song.  That convention just became silly.

Although the performances, particularly those of the electrifying Sharon D. Clarke as Caroline, and stunning Samantha Williams, who plays her daughter, Emmie are stellar, the show itself feels bloated,  the songs are instantly forgettable, and the piece is tedious.

I was so looking forward to seeing this musical, as it has been pointed to as an important work in musical theatre. Despite the wonderful and heartfelt performances, I just got bogged down in the heavy-handed writing of the show.