CAN YOU SEE US NOW? A Novel for Grownups

The Audio Book is here! And we’re giving away copies.

We’re so excited. “Can You See Us Now?” a novel by Cheryl Benton (aka the “head tomato”) is now available as an audio book (narrated by the author herself). It’s available on Audible, itunes, and Amazon.

We’re giving away three copies of the audio book “Can You See Us Now?” Enter here for a chance to win.”

“CAN YOU SEE US NOW?” is a great choice for book clubs.  And author Cheryl Benton will be happy to speak with your group via phone, skype, or in person (if feasible.)  If you would like a review copy for consideration for your book club, email tomato@thethreetomatoes.com 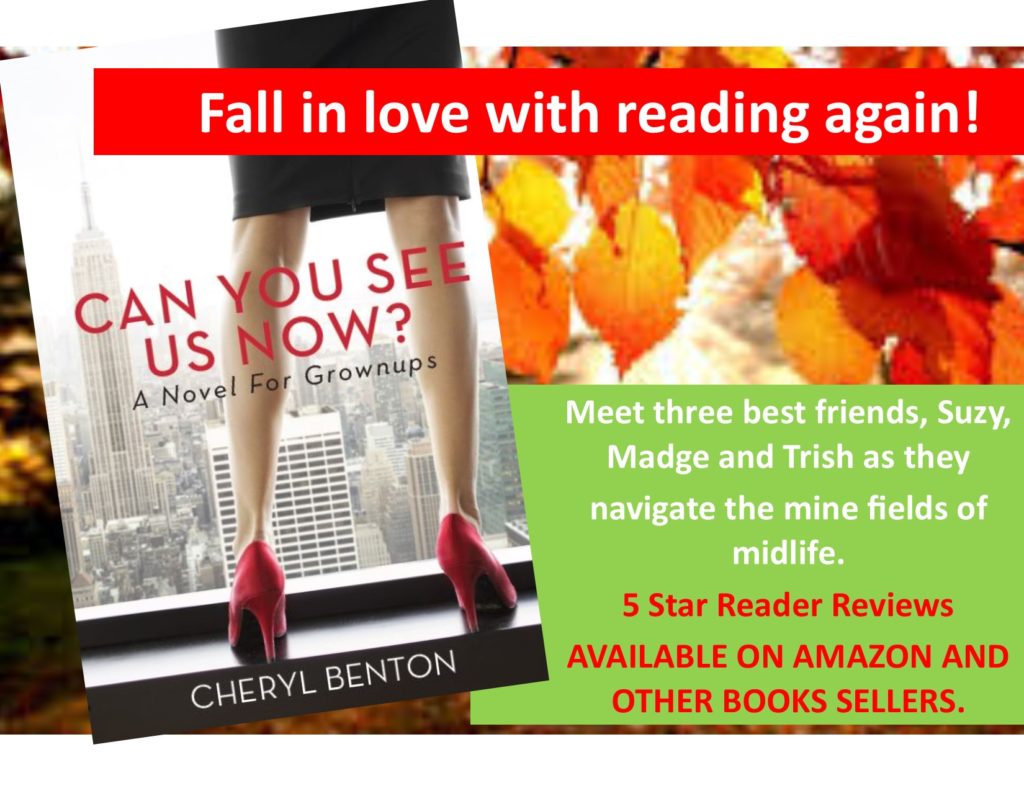 For every woman who has ever felt invisible…

Suzy, Trish, and Madge, best friends since their early twenties, seemed to have it all. Beautiful, smart, and successful, they’d made it to the top in the most demanding city of them all, New York. Then they turned 50 and found that the world which once was their oyster started closing up faster than a New York minute. Bartenders ignore them, bosses marginalize them, and they’ve aged out of the prized 25-49-year-old demographic that marketers woo. They had suddenly become invisible.

The Reader Reviews Are In:

Inspired by their friendships with a supportive and thriving group of New York City women, who call themselves the “Ripe Tomatoes,” Suzy, Trish, and Madge start to realize the power of saying, “Why not?!”, and that living your dreams has nothing to do with age. And since no one else was celebrating women over 50, Suzy, Trish, and Madge started a business to do just that.

A funny and moving insider’s story about New York City’s not-so-invisible women over 50 and beyond, who are living their lives to the fullest, achieving dreams, dating, having sex, and sometimes even falling in love again. You’ll laugh, you’ll cry, you’ll root them on, and you’ll never think about age the same way again.

Suzy a top ad agency executive with a wonderful supportive husband and two great kids, had propelled little known brands into household names. Then she looked around one day and realized she was the oldest person in the conference room and her “12-year old” boss dismisses most of her ideas as appealing only to women with “dried up vaginas.”

Trish owns an art gallery, is married to a wealthy hedge fund guy, has a fabulous apartment overlooking Central Park, a summer home in the Hamptons, and a closet full of couture clothes…until her life is turned upside down by those dreaded words, “We have to talk.”

Madge, is a highly regarded TV journalist, who has traveled the world on assignments and knows celebrities, presidents and kings by their first names, but has been too busy pursuing a career to have a life. Until she’s pushed out of her TV morning show and replaced by a 30-something former beauty queen and Harvard graduate.

Read about our book events

If you would like to host a book event or invite Cheryl Benton to be a speaker at an event, please contact her tomato@thethreetomatoes.com 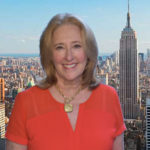 Cheryl Benton, aka the “head tomato” is founder and publisher of The Three Tomatoes, a digital media platform for “women who aren’t kids”. Having lived and worked for many years in New York City, the land of size zero twenty-somethings, she was truly starting to feel like an invisible woman. She created The Three Tomatoes just for the fun of it as the antidote for invisibility and sent it to 60 friends. Today she has thousands of friends and is chief cheerleader for smart, savvy women who want to live their lives fully at every age and every stage.  “CAN YOU SEE US NOW?” is her first novel. Read more here.