Writing is hard! Anybody want to disagree about that? Whether you’re writing professionally or personally, you put more effort into a page you can be proud of than you probably put into anything else you do, short of raising children. Give me a flat tire to change or a holiday dinner for twelve to cook any day! If you’re struggling with a memoir or a novel, a press release or a blog post, take comfort from these first-person narratives from three of the best stylists in American literature.

“Joan Didion: The Center Will Not Hold”

This Netflix original documentary is directed by Didion’s nephew Griffin Dunne. You see the essayist at work back in the day, chronicling California in all its countercultural glory, and hear her succinct, objective, exquisitely shaped phrases. In the interviews he does with “Aunt Joan” in the present, her fragility belies her steely command of her emotions, her memories, and her myth. Watch it on Netflix. 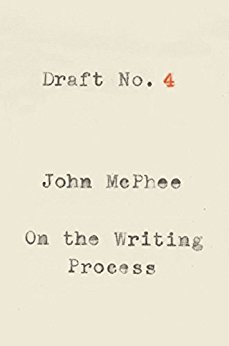 John McPhee is the brilliant, defiant exception to the insult, “Those who can do, do. Those who can’t, teach.” A Princeton literature professor since 1974, he won the Pulitzer Prize for General Non-fiction in 1999, after three previous nominations. He humbly and generously shares his own experience in Draft No. 4. His sense of humor is a balm to struggling writers of every level. Get the book.

Where the Past Begins 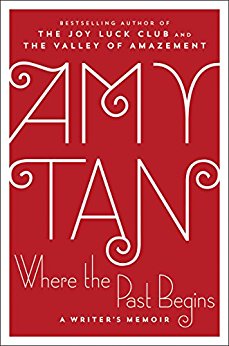 Amy Tan’s novels prove that mothers and daughters around the world speak the same language of love and defiance. In Where the Past Begins: A Writer’s Memoir, Tan explores how her fraught relationship with her own mother, the deaths of her father and brother, and her insistent search for family secrets influenced The Joy Luck Club, The Bonesetter’s Daughter, The Hundred Secret Senses… novels that deserve to be re-read as we evolve in our own lives. Get the book.

Beth Goehring believes, with apologies to Lorelei Lee, that rather than diamonds books are a girl’s best friend…and a boy’s, a man’s and a woman’s. For more than twenty-five years, through Book-of-the-Month Club and its related clubs, she’s sold popular fiction, mysteries, romances, cookbooks, children’s books, play scripts, behind-the-scenes tales of the movies and theatre, and lifestyle books. She lives with her husband in Manhattan.