Remember when it was considered rude to discuss politics and religion?! This holiday season, let’s revive that rule. Beth Goehring offers three terrific crime novels you can use for escape and even recommend to the most contentious guest at any gathering.

Ah, yes…the holidays…all that togetherness. If you, like 99.9% of your fellow Americans, find the family just a wee bit too much after a while and you’re dying for a break, these crime novels will do the trick. Their heroes won’t be trying to solve the world’s problems; they’ve got enough of a bloody mess in their own backyards to clean up. 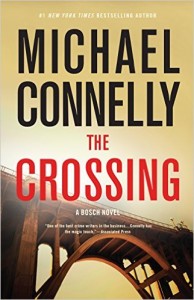 Retired LAPD cop Harry (short for Hieronymous) Bosch is a brilliant creation: from his introduction in The Black Echo to this month’s twentieth installment in the bestselling series, he never disappoints. He’ll have his regrets, he’ll make more enemies, we’ll question his sanity, but he can wrestle the most fiendish case to the ground and make the villains–and usually the supposedly “good” guys, too–pay. This novel brings Harry together with Connelly’s other series character Mickey Haller, his half-brother, a defense attorney whose tactics can leave something to be desired ethically. Can Harry, a dyed-in-the-wool crime fighter, work to prove his brother’s client, arrested for a woman’s murder, innocent? It’s the ultimate challenge! Get the book. 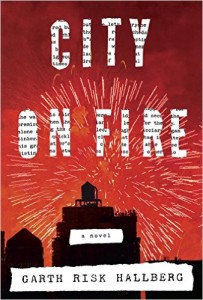 This got the buzz a debut author and his or her publisher would kill for. Hallberg re-creates 1970s New York as realistically as Patti Smith did, for real, in Just Kids. There’s so much going on here, so well portrayed, so carefully constructed, so deeply investigated, that you’ll forget any family tiff, any overcooked drumstick, or any appointment you’ve made until you come to the last of its 900-plus pages.  Get the book. 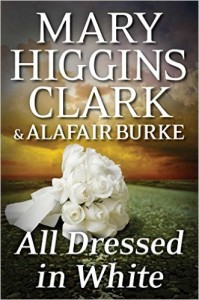 And Now for Something Different…

If hard-boiled crime fiction isn’t your cup of tea, Mary Higgins Clark’s gentler whodunits will give you something to talk to sweet Aunt Agatha about. Writing with Alafair Burke, the legendary author of Where Are the Children? and countless more bestsellers is still delivering a story of mayhem and mischief you can’t put down. The five-year-old disappearance of an excited bride provides the young producer of an investigative TV series with something old and something new to mine for ratings. Get the book.