Clearly, some people liked it.

But I was warned by a fellow theatre critic a day or so before seeing the show, that it was just a terrible play.

She recoiled in horror when I said I was going, and warned me not to.

Well, I usually like shows that others don’t, so her negative feelings didn’t really phase me. After all, the promos surrounding the production seemed very fun and engaging, so, off we went.

I am not going to give you my synopsis of the play because it is rather difficult to describe what Travesties is about. I can tell you that characters who show up include James Joyce, Vladimir Lenin and a Dadaist poet.

The action takes place during World War 1 in Zurich and then 50 years later.

It is a busy and chaotic play, a bizarre one at that.

The lead actor, Tom Hollander as Henry Carr, is super talented and the best reason to see this show, if in fact you will. He gave a marvelous performance and for that I was happy to be in the theatre. 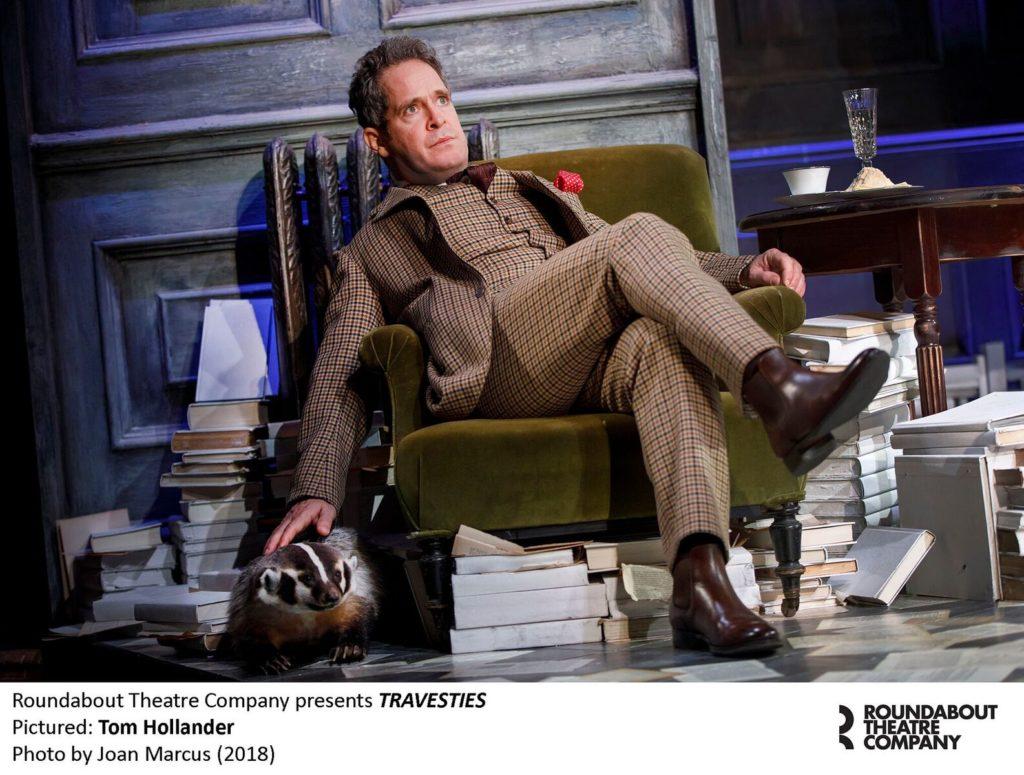 However, during the show, I looked around and noticed numerous nodding heads. They were not nodding in agreement, mind you, but rather nodding in slumber.

At intermission, the critic behind me said that he simply would not take the time to write about it .By the time the lights went down for Act 2, I saw numerous vacant seats. This is never a good sign.The show, by the way, is 2 hours and 30 minutes.

I have to say, reflecting upon the words of my critic friend, this is a terrible play. Tom Stoppard has written some great pieces. This is not one of them.