True Valentines: The Love Story of Cupid and Psyche 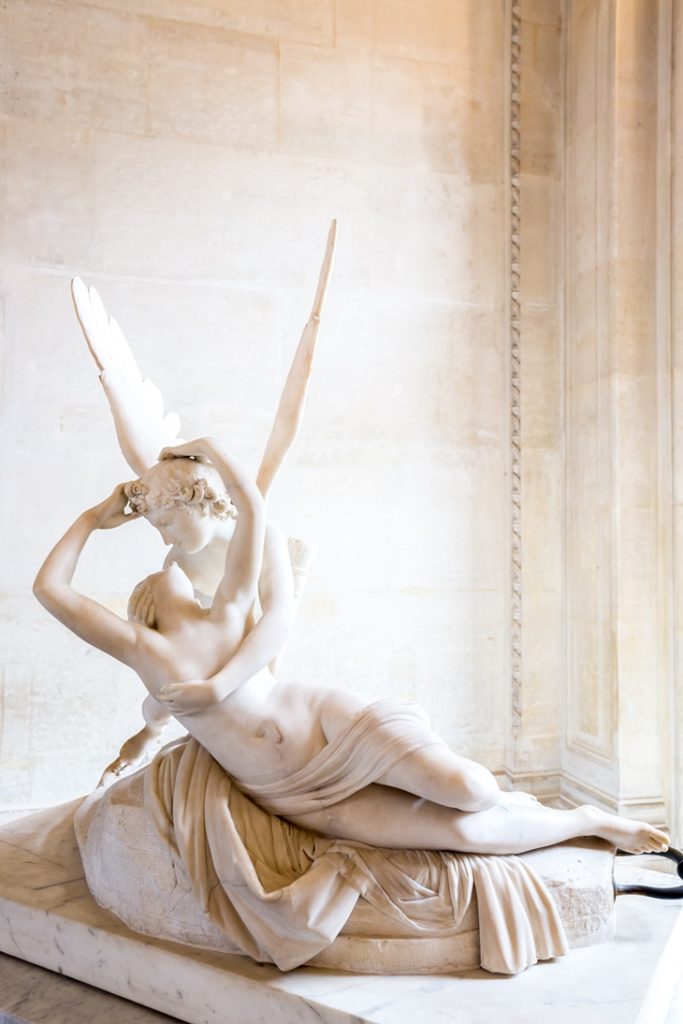 Valentine’s Day is upon us. Can we talk about Cupid — and his soul mate, Psyche?

The image of cupid is embedded in our collective consciousness as the representative of romantic love. He is especially an icon on the holiday of hearts. However, depicted as a cherub with an arched quiver, it is difficult to look toward a baby with a bow and arrow to take care of all your love needs. That’s where Psyche comes in. She is the loving woman behind the male, and she helps rule the game of love that is Cupid’s domain.

When you see Psyche and Cupid together, you come to know the Love God in his fullness (less of a baby, and more of a hero and lover). It could be that with her inspiration, his arrows can reach greater distances, and travel far and wide to help people find love.

I like the myth of Psyche and Cupid. At first glance, it seems she is a victim of hideous circumstance: Her mother-in-law, Venus, is out to get her; her lover abandons her; she is tricked and deceived; and, she is put through hell for love. Every feminist bone in your body wants to scream out: “Wake up girl. Why sacrifice so much of yourself for this guy?”

On the other hand, these two lovers represent classic elements of favorite ancient stories about soul mates. They are the masculine and feminine merged. They are dark and hidden (Cupid) and out in the world (Psyche). And their love speaks of the bringing together heaven and earth. Their story represents a love that is meant to be — a test of faith and a willingness to do what it takes to keep their love alive brings them the reward of eternal love.

On a practical level, for modern couples, the story speaks of how even those who love each other sometimes betray one another. It shows us there is a way to heal or redeem ourselves in the name of love.

The Story of Cupid and Psyche

We have all seen the images of Cupid and Psyche together. He is often seen swooping her up in his arms and flying her into the heavens. She is often pictured as a young woman lost in love’s embrace. (Or she looks weary and vulnerable because she has been through hell!)

Psyche (psych•ee), whose name means “soul,” was the mortal bride of Cupid, the Roman God of love. She was granted divinity after attempting Goddess-like feats of devotion to reclaim her beloved after a nasty misunderstanding.

She was a beautiful maiden who, without trying, got a lot of male attention. Angered that attention was being taken away from her, Goddess Venus, in a demonstration of the darker side of her nature, sent her son, Cupid, the love archer, to inflame Psyche with passion for an ugly, horrible man.
When Cupid arrived he was “accidentally” hit by his own arrow!  Inflamed by Psyche’s beauty, he took her as his bride. Cupid made her promise never to look at him, or question who he was, because he knew if she set her mortal eyes upon him their relationship would have to end. They were deeply in love, but Psyche only saw her mate in the darkness, when he would come to her bed and ravish her.

She was content to have his love in the darkness, but her sisters meddled after hearing that Psyche had never seen her husband’s true face. Suggesting he could be an ugly monster for all she knew, they pushed her into peeking. One night, Psyche held a candle near his sleeping figure, and found a beautiful boy beneath her gaze — but she was a little shocked to see his wings. When a bit of wax fell from her candle, it caused him to wake.

Mortified by her betrayal, Cupid fled, also making their castle and gardens vanish. Psyche found herself alone in an open field, with no signs of other beings or her beloved. She tearfully wandered in search of him until she came upon a temple of Venus. The Goddess gave her daughter-in-law a series of impossible tasks — each harder and more dangerous than the next — and informed her they were the only way to get Cupid back.

Psyche took on each one with courage, hoping to soon see her lover, but in the end it was he who rescued her.

Psyche literally went to hell and back to be reunited with her beloved Cupid. The final task was to take a little box to the underworld and collect some of the beauty of Persephone, wife of Hades, in the box. She was warned not to open the box once she had filled it. Temptation got the best of her, and she opened it, only to be besieged by deadly slumber.

She was out cold when Cupid came upon her, but he gathered the essence of deadly sleep from her being and put it back safely in the box. He was so touched by her willingness to go into the darkness to save their relationship that he forgave her indiscretions. She forgave him for leaving her and came alive again in his loving embrace. Even her mother-in-law, Venus, got over her jealousy.

The gods were so moved by her devotion, they made her an immortal. Cupid and Psyche went to live with the other Gods and had a daughter, Voluptas.  Her name means pleasure.

Cupid and Psyche Make Us Hopeful About Love

Another moral to this story is the idea that love will find you — and true love will never really leave you behind.

Adapted from my book, The Goddess Pages: A Divine Guide to Finding Love and Happiness. 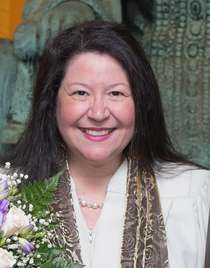 Rev. Laurie Sue Brockway, “The Romance Reverend”, is a New York City wedding officiant, relationship expert, and author who has married hundreds of couples and has written extensively on love, romance, marriage, and weddings.

She is a widely recognized as a specialist in interfaith, intercultural, and highly personalized nondenominational ceremonies and for helping families reduce wedding stress.

New York Magazine lists her as a top interfaith officiant and Joan Hamburg recommends her in the book City Weddings.

A journalist for many years prior to ordination, she began her career as an advice columnist for a local newspaper and has been called upon to share her insights on relationships ever since.

She is author of 15 books, including: Your Perfect Wedding Vows, Your Interfaith Wedding, Wedding Goddess, The Goddess Pages, and Lakshmi Magic.

You can hear her on LOVE AND ROMANCE RADIO, which she co-hosts with her hubby, Victor 'The Voice" Fuhrman.