If you’re planning a day to curl up in your PJs and watch TV, we have a few suggestions for you today.  You’ll find must of these on demand or on Netflix and Amazon. Our suggestions include picks for Sinatra lovers, British TV show lovers, 1940s movies, and our “we hate this show but can’t stop watching it” pick.

At the Turner Classic Movie Channel, you’ll find so many wonderful shows and movies.  Here are two we were recently mesmerized by. You can also find these on Amazon and Netflix.

Ol’ Blue Eyes is Back

In 1971 Frank Sinatra announced he would retire, but returned in 1973 with an NBC special that is just heaven for Sinatra fans. We loved when the camera pans the audience of the celebrities who included Lucille Ball and Sammy Davis Junior.  He is Sinatra at his best and the song selections (which are an album of the same name) are fabulous and included, “You will be my music” and “Send in the Clowns” which was new that year. Our favorite part of the special was with his only guest, Gene Kelley.  Pure delight!  We watched in on TCM on demand. 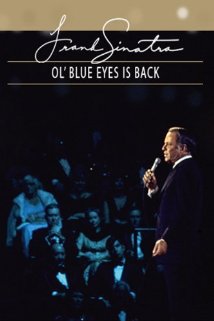 This 1939 movie, which we had never seen before is a gem. Directed by George Cukor, its a study of the lives and romantic entanglements of various interconnected NYC “society” women. The all-female cast includes Norma Shearer, Joan Crawford and Rosaline Russell.  The film is in B&W except for a technicolor segment featuring a fashion show with wonderful clothes from the time.  Well worth watching.  The film was remade in 2008, and while we haven’t seen, we doubt it can compare to the original.

We love British TV and BBC.  The stories and the acting always seem to have substance (or maybe it’s just the accents) but we also like that they actors are “real” and not all the beautiful people like most US TV shows.  If you haven’t watch these two series, they are totally worthy of binge watching.

Warning.  If you start watching, you will want to catchup on all 3 seasons to date.  This romantic series starts off with the reuniting of Celia and Alan after 50 years.  They last saw each other when they were 16, but when Alan’s wife dies, he tracks down Celia who he was always in love with and they decide to marry.   They each have daughters with complicated love lives of their own.  The story lines are brilliant and the acting is genius and each season has gotten better. Available on Netflix.

Adapted by Heidi Thomas from the best-selling memoirs of Jennifer Worth, this drama series is a moving, funny, colorful look at midwifery and family in 1950s East End London. It follows a group of nurses/midwives who join an eccentric, lovable community of nuns who are nurses at Nonnatus House. Narrated by Vanessa Redgrave and featuring a wonderful cast. While there are continuing story lines with the cast, each episode has it’s own story with a beginning and an ending.  With its warm, touching and poignant stories (we’ve never gotten through an episdoe with a dry eye) you’ll love this series. Available on Netflix.

The Affair explores the emotional effects of an extramarital relationship. Noah is a New York City schoolteacher and budding novelist with a wife of twenty years and four children. Alison is a young waitress and wife from Montauk at the end of Long Island, trying to piece her life back together in the wake of a tragedy.   The stories unfold from the separate perspectives of each of the main characters, which was interesting in the beginning, but starts to get a bit annoying by season 2 when you just want the plot to advance.  And the story goes back and forth in time which is also a distraction.  And while we truly dislike the characters of Noah and Allison, the acting is so extraordinary and the story just pulls us in that we can’t stop watching.  Season 2 has just ended, and yes, there will be a season 3. And yes we will be watching.