One using food as a vehicle, the other, writing and illustration.

Imagine this. You are a refugee from a violent regime in your home town. Your son and husband have been killed, but thanks to a recommendation, you have been taken in by a couple of sisters in another land to be their cook.
Adhering to their ascetic lifestyle, you cook for over a decade to maintain a roof over your head and a place to go.
Then, one day you win 10,000 francs in a lottery.

Would you:
-leave immediately to live your own life?
-stay and bank the money?
-take the money and create a sumptuous, memorable feast for the sisters and townspeople, the likes of which they have never before encountered, however, in doing so, deplete the entire amount.

Stunningly, in the case of Babette’s Feast, it is “door number three.”

And thus, the story of accepting generosity and grace, opening up to those we don’t know, and experiencing true ecstasy from the fruits of the creative and sensuous process of lovingly prepared foods, unfolds beautifully. Isn’t it fascinating that an outsider, one who hails from another land, becomes the beacon of light in their own community? 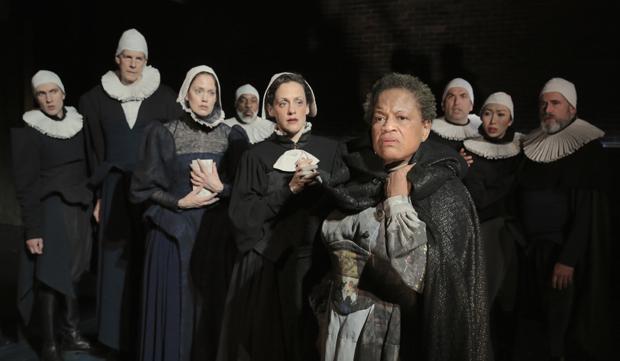 The ensemble story telling of Babette’s Feast, beautifully communicated by nine wonderful actors in the “commedia dell’arte” school of performance, is skilled and engaging, and is even employed to help create sound effects en masse.

Conceived and developed by Abigail Killeen (who plays one of the sisters in this story), written by Rose Courtney (adapted from the short story by Isak Dinesen) and directed by Karin Coonrod, this piece was originally produced in the dead of winter at the Portland Stage, quite fitting for a play that takes place in a remote Norwegian village. 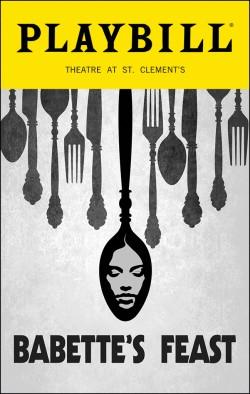 The real take away for me is this: to do our best to live a joyful life and to embrace and appreciate those who want to show their love, no matter how different they may be.

Yes, there are spots that drag, and perhaps the play could have been cut by about 10 minutes, but for a delicious journey of performance, you can surely sink your teeth into Babette’s Feast. https://babettesfeastonstage.com

The Stone Witch is a most intriguing play.  Simon Grindberg (Dan Lauria), is a celebrated children’s book author and illustrator who has not created a new book in 12 years. His editor, Clair Forlorni, played by Carolyn McCormick, recruits a young writer, Peter Chandler to help jump start Simon’s creative juices. Peter, played by Rupak Ginn, happens to be a big fan of the older writer, but is told to never mention that fact. Simon, he is warned, is quite, well, shall we say, unusual. 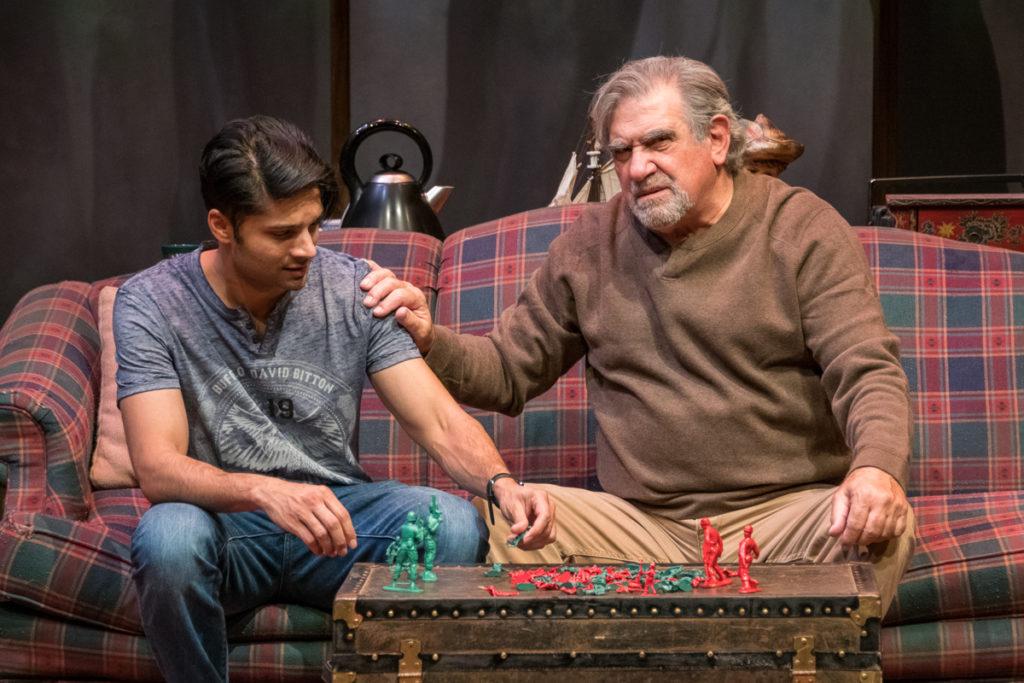 Peter and Simon meet at Simon’s home in the woods, and the story unravels.

We learn that Simon’s demons have overtaken his ability to write. Peter realizes his issues, and  hands him the title for the book he is helping him with, and ultimately creates the script and illustrations. Their chemistry is contentious, and yet warm and heartfelt at the same time.

Dan Lauria does a great job as Simon Grindberg, playing opposite the fabulous and super talented Rupak Ginn. Carolyn McCormick, as the slick NY editor, is very well cast.

This small cast of three provides a lot of story and drama, set against a wonderful backdrop of projections by Brad Peterson, and gorgeous illustrations and stage design by Yael Pardess, adding to the suspense. Interstitial music by composer Roger Bellon sets the perfect tone. 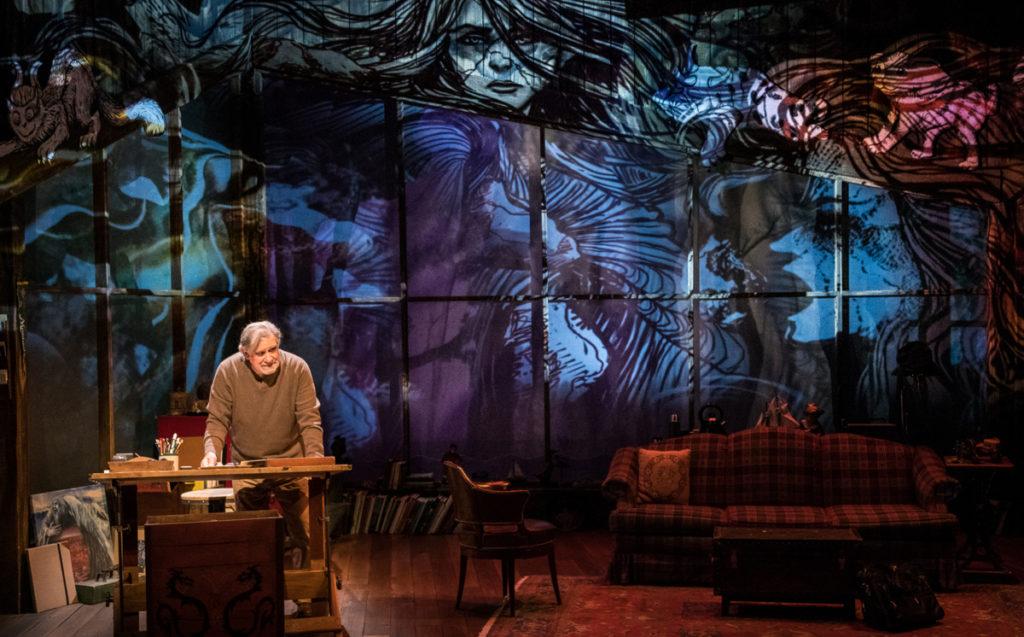 The Stone Witch is funny, suspenseful and poignant, all at the same time. Written by Shem Bitterman and directed by Steve Zuckerman, it surely is a compelling evening in the theatre.
https://stonewitchplay.com/